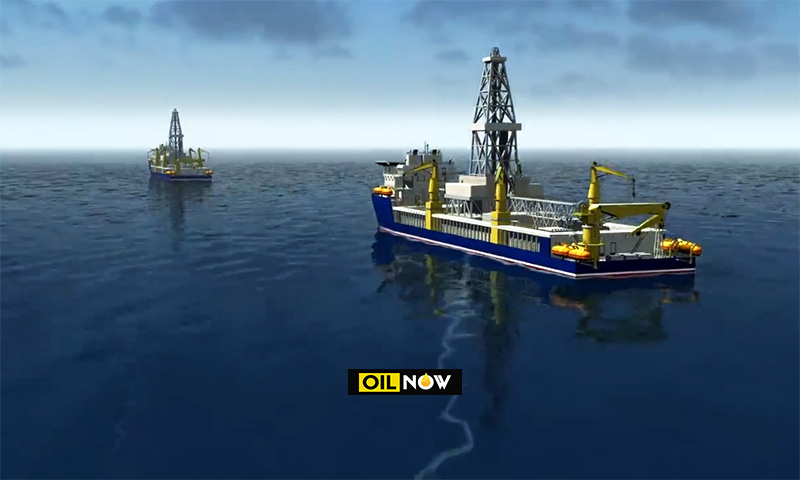 (S&P Global Platts) Global oil demand is expected to recover to pre-pandemic levels of around 100 million b/d by...
Read more
OilNOW
OilNow is an online-based Information and Resource Centre which serves to complement the work of all stakeholders in the oil and gas sector in Guyana.

US oil major ExxonMobil is pulling out all stops on its Guyana development in what industry analyst Wood Mackenzie says is a ramp-up faster than anything ever achieved in the industry with potential to exceed 1 million barrels per day at peak.

In a report released in September, Wood Mack’s Chairman and Chief Analyst, Simon Flowers said few oil producing countries produce more than 1 million b/d. Outside of OPEC they can be counted on two hands: Canada, USA and Mexico; UK and Norway; China, Brazil and Oman; Russia and most recently Kazakhstan – the only new member in the 21st century. New admissions to the group, he said, don’t happen very often.

“Guyana, with no upstream oil industry four years ago, has a very good chance of joining this elite group,” Flowers pointed out.

The Hammerhead find in August is the ninth discovery offshore Guyana in three years. The oil-bearing Miocene sandstone formation is the third play unlocked by ExxonMobil, Hess and CNOOC in the Guyana basin following seven discoveries in Cretaceous turbidite sandstone reservoirs and one in Late Cretaceous carbonate reservoirs.

Latin America analyst Ruaraidh Montgomery reckons total reserves on the huge Stabroek block are now in excess of 4 bn boe, most of it oil.

The exploration success rate for commercial discoveries on the block is an astronomical 82%; the global industry average is under 20%, the analyst said.

These reserves will be commercialised in double-quick time. The partners envisage a phased development using floating platforms that will deliver over 750,000 b/d of oil by 2025. The size of reserves and reservoir quality underpin the economics, with project NPV,15 break-even under US$40/bbl.

The analyst said production ramp up would be faster than anything ever achieved in a complex of giant fields in frontier deep water. The timing in the cycle is good, the joint venture has been able to leverage spare capacity in the supply sector, and best practice in project execution was honed in the downturn.

“Even so, delivering these targets will be a challenge, reflected in our own more cautious forecasts of just under 700,000 b/d two years later,” Flowers stated.

How big could it be?

The Guyana basin is the westerly ‘third’ of the wider Equatorial Margin, and includes Suriname (a modest onshore heavy oil producer) and French Guiana (one sub-commercial offshore discovery) as well as Guyana. The basin as a whole may hold another 8-10 bn boe of reserves, our estimate of yet-to find (YTF) reserves using creaming curve analysis. This would take the total to three times what’s been found so far in Guyana’s Stabroek block.

But the analyst also issued a ‘health warning’, stating; “extrapolating success from a handful of sweet spots can be pretty unreliable, in both directions. It’s worth bearing in mind too the ups and downs explorers have had over the last decade in proving up early breakthroughs across the Atlantic on the analogous West African Transform Margin.”

The rest of the Equatorial Margin is in Brazil – the extensive Foz de Amazonas basin and smaller basins where small discoveries have been made in shallow water. These cover a vast area and deep water zones are only lightly explored. There are some doubts as to the source rock quality in places. The industry though is all over the Equatorial Margin – forty-two IOCs and NOCs hold acreage with Total, ExxonMobil, Anadarko, Hess and Equinor the biggest players. We expect around 50 exploration wells to be drilled over the next five years.

The last breakthrough play of similar scale was the Brazilian Santos basin pre-salt. In 2009, three years after the first discoveries, we forecast peak production of 0.9 million b/d.

Will it change the oil market?

Not much on its own, for now at least, the analyst said. “Guyana doesn’t look like rivalling Permian tight oil, well on the way from scratch towards 5 million b/d. But it is oil that the market will need to fill the supply gap in the early 2020s as mature provinces decline and demand still growing. And we need more Guyanas, many more.”

Perhaps the biggest lesson from Guyana, Wood Mackenzie points out, is that it shows the way forward for conventional explorers emerging from the downturn looking for growth opportunities.

“There are new plays out there, giant oil discoveries waiting to be unearthed and which can compete on full cycle economics,” the analyst said.

(S&P Global Platts) Global oil demand is expected to recover to pre-pandemic levels of around 100 million b/d by the end of the year...
Read more

Exxon engages over 120 stakeholders in Guyana on its offshore operations