OilNOWLatest News and Information from the Oil and Gas sector in Guyana
More
ExplorationFeaturedNewsProduction
Updated: June 4, 2021 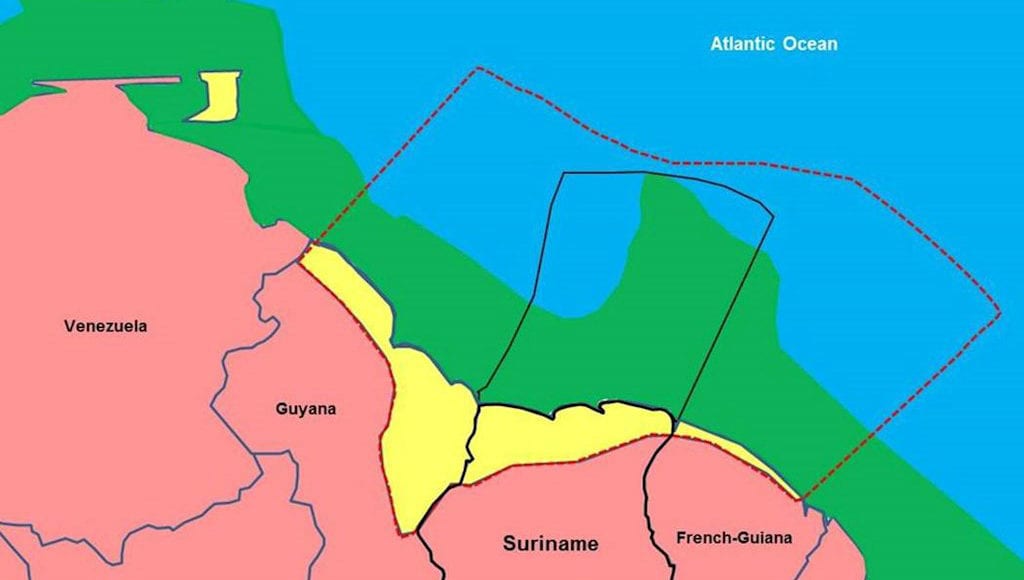 In order for the energy needs of the world to be met, upstream investments will have to significantly increase in the coming years. Deepwater ‘advantaged barrels’ in locations such as the Guyana-Suriname Basin will therefore continue to play a pivotal role in the global push for low-carbon energy sources.

Timothy Chisholm, Hess Corporation’s Vice President Exploration Appraisal & Developments, Guyana-Suriname, told participants at the Suriname Energy Oil & Gas Summit on Wednesday the oil economy is starting to recover faster than was expected and various scenarios, including those from the International Energy Agency (IEA), continue to show that oil and gas maintains a meaningful share of the energy mix.

“Oil demand is driven by transportation and petrochemicals and oil and gas maintains a meaningful share of the energy mix in all of the IEA’s scenarios that they’ve painted for our industry,” Chisholm said. “But if we are going to deliver the energy needs, we are going to need to invest.”

Upstream investments are down over 40% since 2014 and the IEA estimates that it’s going to require more than 500 billion per year to meet the demand out to 2040.

“It’s a bit daunting,” Chisholm pointed out. “Deep water oil represents… advantaged barrels as Wood MacKenzie referred to deep water oil. And they’ve actually shown that the carbon footprint is significantly lower than coal, heavy oil, tar sands and even LNGs. So, this deep-water basin that’s emerging right now is going to be very important to the overall energy transition.”

He said if new oil and gas developments were halted as outlined in the IEA’s new net-zero report, global oil demand would strip supply by more than 50% in 2040.

“In fact, the IEA’s sustainable scenarios find that natural gas and oil will continue to comprise half of the world’s energy mix through 2050,” he stated. “Renewable energy also depends on natural gas and oil from use in the manufacturing of wind turbines and solar panels as well as to back up electricity capacity and transportation systems.”

Chisholm said this is very critical, pointing out that any pathway to net zero would include the continued use of both natural gas and oil to displace coal in countries around the world.

He said Hess supports the Paris Agreement and the goal to achieve net zero by 2050. “We are an industry leader in reducing greenhouse gas emissions,” he said. “At Hess, in our operations, we’ve been a first mover and leader among US companies in setting greenhouse gas targets for over 20 years. So, this is not new to us.”

WoodMac said governments in oil and gas producing countries have a lot to think about in 2021. Tougher fiscal terms could put countries at the sharp end of the energy transition – but support for upstream sectors could also remain a priority, particularly after a year of economic disruption.

Countries like Guyana, where revenues from oil production will play a critical role in pushing development goals, will want to ensure upstream investments continue.

“Not all governments will want to kill off upstream investment just yet,” Kellas said. “For many, particularly in developing countries, the development of resources, provision of energy, government revenues and local employment are still a higher priority. Nevertheless, fiscal frameworks must be fit for purpose.”

Experts have said Guyana’s competitive terms have been key to the resilience of its offshore exploration and production operations, particularly throughout the pandemic which has resulted in falling oil prices and high uncertainty about future market scenarios.