Guyana tops the world in discovered resources for first half 2018 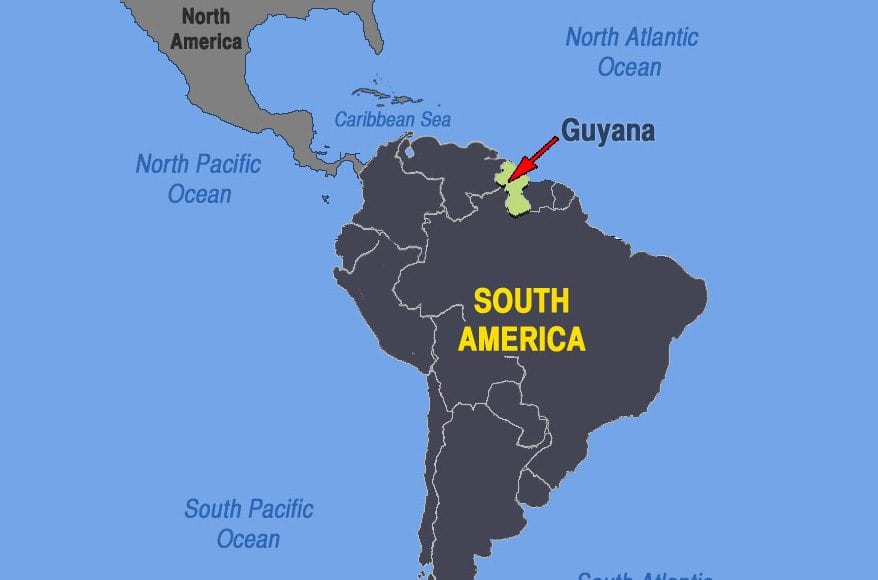 Guyana leads the top five countries in the world in terms of total discovered resources added in the first half of 2018, followed by the United States, Cyprus, Oman and Norway…

Global discoveries of conventional oil and natural gas are seeing an exciting recovery with discovered resources already surpassing 4.5 billion barrels of oil (boe) in the first half (H1) 2018, Rystad Energy analysis shows. The average monthly discovered volumes year-to-date are estimated at 826 million boe, up approximately 30% compared to 625 million boe in 2017.

Rystad said in a July 27 report that during H1 2018, Guyana led the top five countries in terms of total discovered resources added, followed by the United States, Cyprus, Oman and Norway. These five countries hold three-fourths of the total resources discovered this year. The discoveries in Guyana, the United States and Cyprus are located in ultra-deepwater and are 100% owned by oil majors, indicating that these companies have started to re-focus on deepwater exploration. 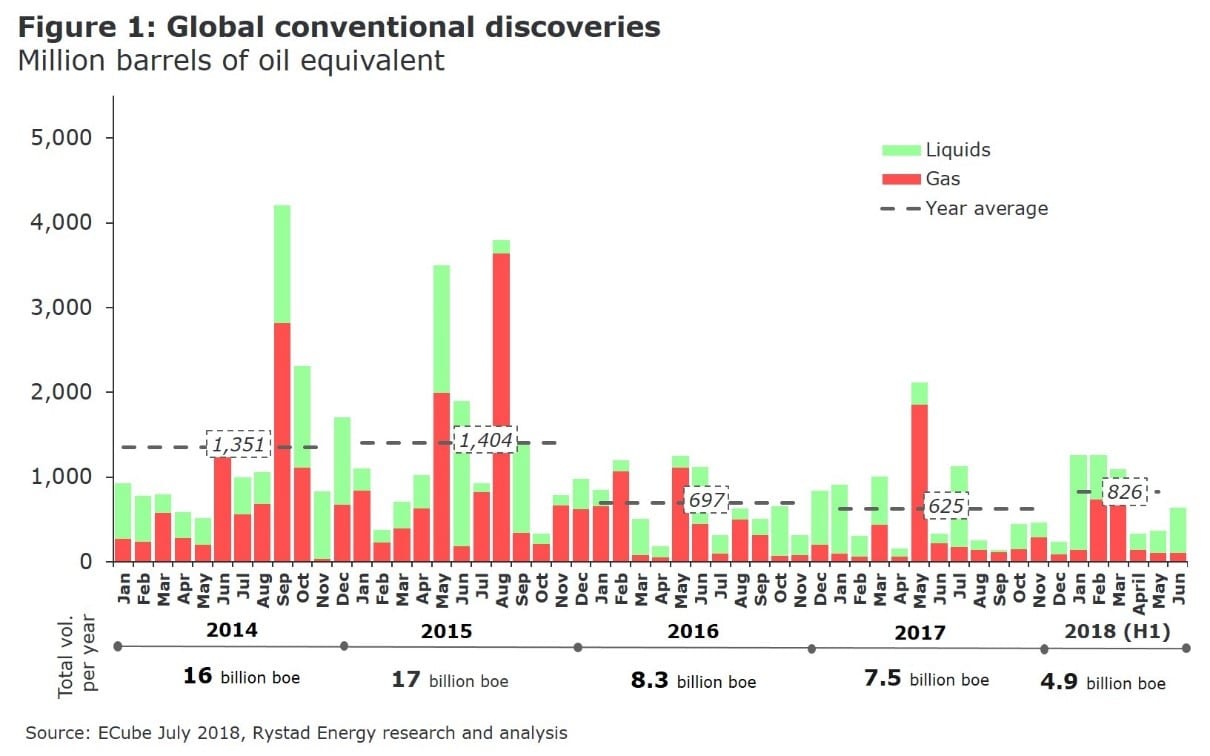 The biggest offshore discovery to date this year is believed to be the Eni-operated Calypso gas find offshore Cyprus, while the largest onshore discovery, a gas-condensate find, was reported on the Mabrouk North-East prospect, operated by Petroleum Development Oman.

Guyana
ExxonMobil’s spate of oil discoveries continue in the Stabroek block with three major oil discoveries reported in 2018 – Ranger, Pacora and Longtail, which together could hold almost 1 billion barrels of oil or more. These finds followed previous major discoveries on the block at Liza, Payara, Snoek and Turbot.

United States
The United States reported oil discoveries at Ballymore and Dover prospects in the Norphlet play in deepwater Gulf of Mexico. The Norphlet play, which is characterized by high-pressure, high-temperature (HPHT) conditions accompanied with complicated and elusive structures revealed to be fortunate for Chevron and a prevailing success for Shell. Chevron discovered a significant oil play at the Ballymore prospect with its first exploration well in the subtle play whereas the Dover discovery located 13 miles from the Appomattox host was Shell’s sixth discovery in the play.

Cyprus
Cyprus marked its entry in the list owing to Eni’s promising gas discovery at Calypso 1 NFW ultra-deepwater well in Block 6. The discovery well encountered an extended gas column in rocks of Miocene and Cretaceous age, confirming the extension of “Zohr-like” play in the Cyprus Exclusive Economic Zone.

Norway
In the Norwegian Sea, significant discoveries were reported by OMV and Wintershall in the Aasgard and Aasta Hansteen area respectively, with combined recoverable resources close to 240 million boe. While in the North Sea, Aker BP and Equinor made the other two discoveries which together added 75 million boe.

The discovery trend is expected to continue in H2 2018 backed by ongoing exploration in emerging offshore provinces and many promising high-impact wells targeting potential resources in the millions.

“An uptick of 30% from the abnormally low levels in 2017 might seem encouraging, but E&P players are currently facing a low reserve replacement ratio, on average of less than 10%. This is worrisome considering the impact on global oil supply in long term,” says Espen Erlingsen, Head of Upstream Research at Rystad Energy.

‘Fisheries Exclusion Zone less than 1% of the Stabroek Block’ –...