OilNOWLatest News and Information from the Oil and Gas sector in Guyana
More
FeaturedNews
Updated: March 1, 2020 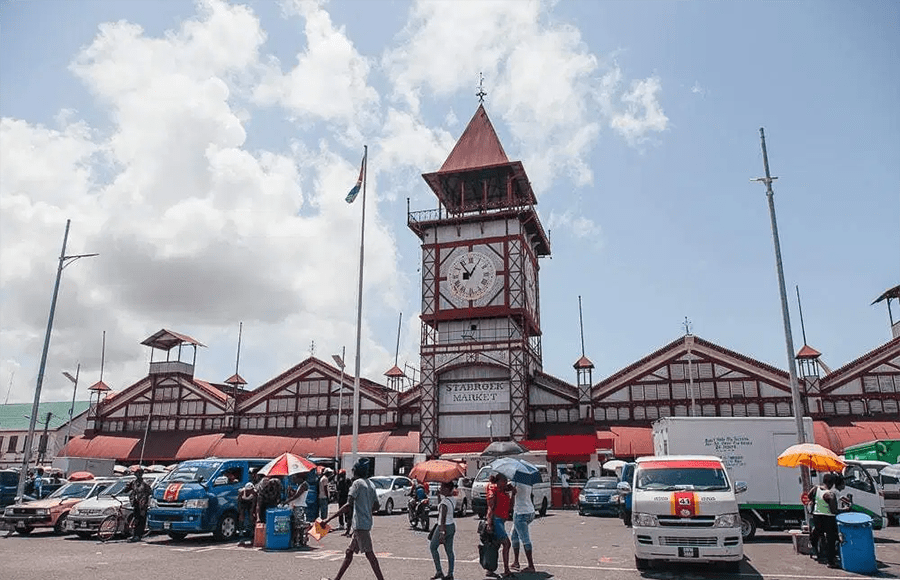 They say it is the mother of all elections. The contest, mainly between two factions who at their core have been in battle for the better part of half a century, will come to a climax when Guyanese cast their vote in Monday’s election.

The last hours of campaigning ended on Saturday when the official rallies and meetings of each party ended. Traditionally in Guyana, no major campaigning takes place the day before election.

If the crowds at the campaign rallies are anything to go by, both of the major parties seem to have been attracting large numbers of persons. But ultimately, it is the votes in Monday’s election which will determine who forms the next government.

A number of smaller parties are also contesting the elections, which according to reports, is the largest number ever in the country’s history. The message of these parties has been simple – time to give a third party a chance at having a voice in the affairs of the state. The main opposition party PPP/C was in office for 23 years. The PNC, the largest party in the coalition (APNU+AFC) was in office for 28 years prior to this. Some Guyanese believe that the country’s under-developed state and struggles with corruption, lack of transparency, accountability and poor governance are as a direct result of the failure of the two major parties to bring about meaningful change, one of the most important of which is constitutional reform.

Others believe that at this time in Guyana’s history more than ever, a party with experience is needed in office and this is not the moment to experiment with third options. For their part the smaller parties seem to understand outright victory is not likely. Picking up enough votes to get them into Parliament is the hope.

Importantly, the party elected to form the next government will not just be administering the traditional affairs of the state but will be controlling revenues from the vast oil resources 120 miles off the country’s coast.

And this is a game changer.

US oil major ExxonMobil has made a record 16 discoveries at the Stabroek Block offshore Guyana and recently increased the estimated recoverable oil resources to more than 8 billion barrels. The country began producing oil for the first time last December. This will bring an initial annual revenue to the government of around US$300 million which will significantly increase when ExxonMobil and its co-venturers Hess and CNOOC, recover their initial investment.

Rystad Energy estimates that by the end of this decade, Guyana could be earning around US$10 billion per year from multiple developments offshore. Putting that figure into context, Guyana’s gross domestic product currently stands at about US$3.7 billion.

With a population of just over 750,000, the expected windfall can transform Guyana from one of the poorest countries in the region to the richest per capita.

“If this small South American nation with a population of about 750,000 can properly manage the billions of dollars of revenue about to come its way, it may become the richest corner of the continent,” says Maria Cortez, Latin American Upstream Senior Research Manager at Wood Mackenzie.

This dramatic change in the country’s fortune began when oil was first discovered back in 2015 at the Liza 1 well – the largest oil strike of that year. That discovery also coincided with an election, which saw the 23-year run of the PPP/C in office coming to an end, ushering in a new chapter with the APNU+AFC coalition taking up office. Almost 5 years later, the tiny South American country is once again at crossroads.

“I strongly believe that the money collected from oil should be spent mainly on education,” says Kathleen Parsnauth, a primary school teacher.

Both of the major parties have promised to bring relief to those seeking higher education although detailed plans on how this will be paid for hasn’t been debated.

“I think that when oil money starts rolling in, I hope that the government – whichever government is in power – put it to good use. I am living on the West Coast of Demerara, and I think we need more than one bridge over the river because in the mornings we have difficulties to get over to the City where you have to work and do other business,” Mr. Baldeo – a tailor at the Stabroek Market pointed out.

With billions of dollars in oil revenue coming to the country in the coming years, Guyana has an opportunity now more than ever to fast-track its development and improve living standards for its people.

Who voters trust more with the management of these revenues may ultimately be the key deciding factor when they cast their ballot on Monday.