OilNOWLatest News and Information from the Oil and Gas sector in Guyana
More
ExplorationFeaturedNews
Updated: July 18, 2020 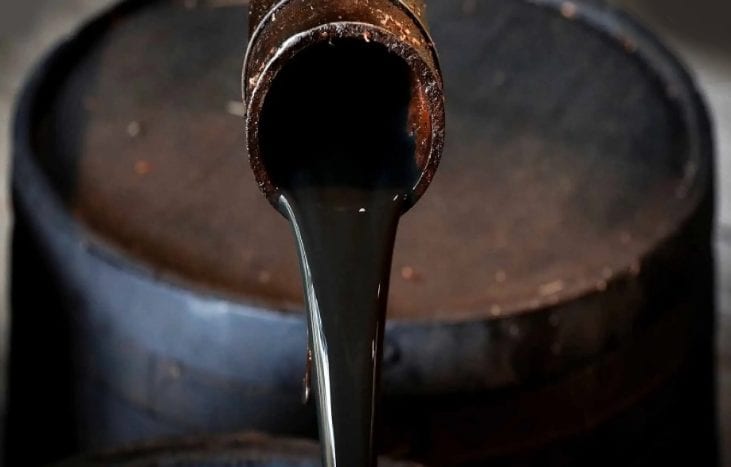 The heavy oil discovered in 2019 at the Orinduik block offshore Guyana is similar in quality to crude being produced and commercialized in several parts of the world, including the US Gulf of Mexico, North Sea and Brazil’s Campos Basin.

Last year, partners at the 1,800km2 Orinduik block announced the discovery of oil at the Jethro-1 and Joe-1 wells, both of which were drilled within budget by the Stena Forth drillship. The Jethro-1 discovery comprised high quality oil-bearing sandstone 55m reservoir of Lower Tertiary age while the Joe-1 discovery comprised high-quality oil-bearing sandstone 16m reservoir with a high porosity of Upper Tertiary age.

“Fluid samples analysis results from both of the wells, sent by the Operator, confirmed that the samples recovered to date from Jethro-1 and Joe-1 are mobile heavy crudes with high sulphur content, which appears not dissimilar to the commercial heavy crudes in nearby Hammerhead discovery and to those currently in production in the North Sea, Gulf of Mexico, the Campos Basin in Brazil, Venezuela and Angola,” Eco Atlantic Oil and Gas, Junior partner on block, said in a recent update.

Chief Executive Officer, Gil Holzman, has pointed out that the attractiveness of the heavy oil find in Guyana has increased given the narrowing supply from its neighbour, Venezuela. “The outlook for (heavy) oil going from 2024 onwards is very promising. Many Gulf Coast and European and Chinese refineries are very thirsty for this kind of heavy oil and we see a narrowing supply due to the sanctions on Venezuela…We therefore forecast that the price for heavy oil will get better and better.”

An updated Competent Persons Report (CPR) on the block has since upped the gross prospective resources to 5.141 billion barrels of oil equivalent, from the previous estimate of 3.981 billion BOE representing an increase of 29 percent.

Eco Atlantic said 22 prospects have been identified on the block including 11 leads in the Upper Cretaceous horizon. A majority of the project leads have over a 30% or better chance of success (COS), enhanced by the recent discovery of light oil in the Carapa-1 well on the Kanuku Block to the south of Orinduik. Leads in the Tertiary aged section are estimated to contain 1.2 billion barrels of oil equivalent while leads in the Cretaceous section are estimated to contain approximately 3,936 billion barrels of oil equivalent.

“We remain upbeat about the considerable upside potential that the Orinduik licence possesses, particularly in the Cretaceous horizon which proved to bear light sweet oil in the neighbouring Stabroek and Kanuku Blocks,” Holzman said. “Following the 2019 drilling campaign, we are now working closely with our JV Partners to incorporate learnings from these and other nearby discoveries, to determine our next drilling targets planned for 2021.”

The company said multiple prospects are currently being reviewed with high-graded candidates under consideration for the next drilling programme. Eco Atlantic said it remains fully funded for a further drilling programme on the block and plans, subject to JV Partner approval, to drill at least two exploration wells into light oil cretaceous targets in 2021.