OilNOWLatest News and Information from the Oil and Gas sector in Guyana
More
FeaturedNews
Updated: July 20, 2017 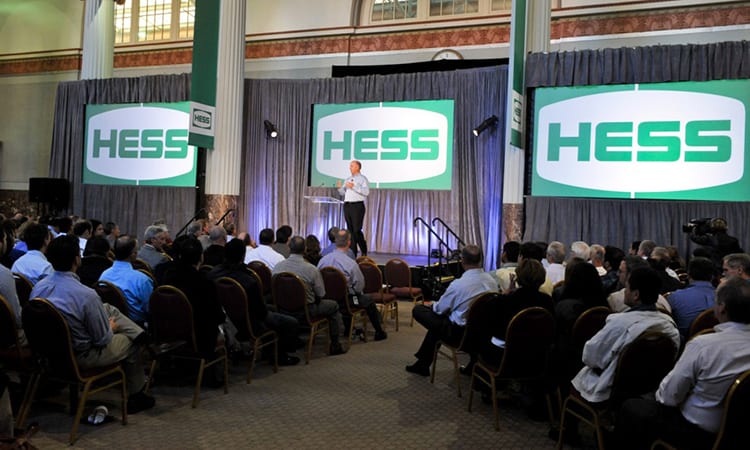 Hess, one of ExxonMobil’s joint venture partners working offshore Guyana, published the report on Wednesday, providing a comprehensive review of the company’s strategy and performance on safety, environmental, social and governance programs and initiatives.

Commenting on the report, CEO John B. Hess, said, “We believe sustainable practices create value for our shareholders and opportunities to continuously improve business performance.”

He said the company is proud of the progress made and excited to continue building a sustainable enterprise that makes a positive difference for its stakeholders and the world around.

Highlights from this year’s report include:

Driving strong safety performance: The company experienced a four-year low in the number of process safety events in 2016 with a 36 percent improvement compared to 2015. In personal safety, the employee TRIR decreased year-over-year from 0.24 to 0.10, a 58 percent improvement.

Decreasing environmental impact: Through 2016, Hess reduced flaring and GHG emission intensities from operated assets by 29 percent and 20 percent, respectively, versus a 2014 baseline. Hess received one of the highest rankings among energy producers in the 2016 Newsweek Green Rankings of the 500 largest publicly traded companies in the United States and was recognized on the prestigious CDP Global Climate List, as a leader in addressing climate change-related risks and opportunities.

The Global Reporting Initiative is an international independent standards organization that helps businesses, governments and other organizations understand and communicate their impacts on issues such as climate change, human rights and corruption.