OilNOWLatest News and Information from the Oil and Gas sector in Guyana
More
FeaturedNews
Updated: November 26, 2018 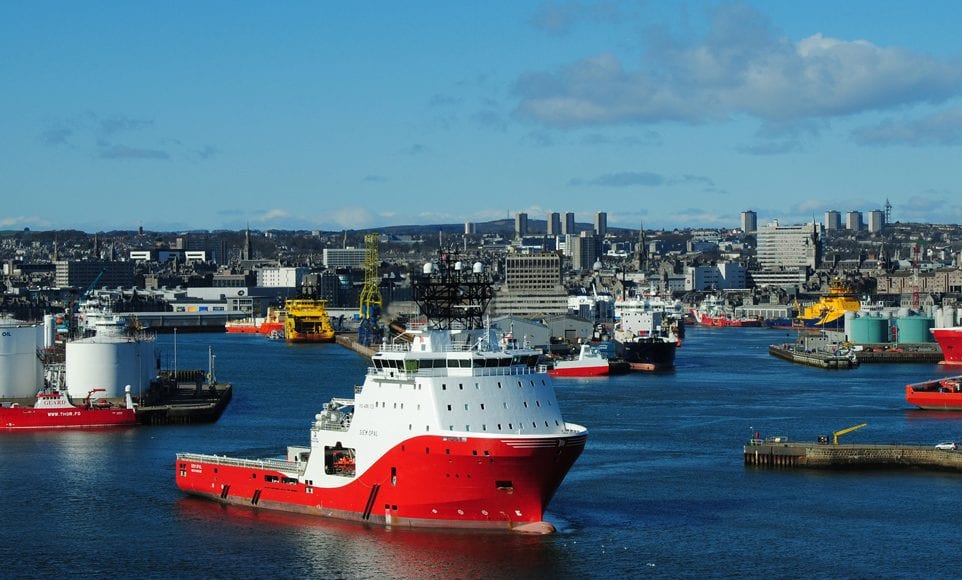 British High Commissioner to Guyana, Greg Quinn, will be leading a delegation of Guyanese business representatives to Aberdeen, Scotland from November 27 to 29.

Aberdeen is considered the oil capital of Europe and the number of jobs that have been created by the energy industry in and around Aberdeen has been estimated at half a million.

During an interview with Quinn recently, he said, “This is all aimed at fostering business to business engagement as well as educational and cultural relations between the UK and Guyana.”

Following this, he said a trade delegation from Aberdeen is expected in Guyana in January to continue engagements on the exchange of ideas and expertise in various areas, including the oil and gas sector.

He said, “This, as far as I can figure out, is the first two such trade missions in either of the two countries for such a sizeable period of time and I think it sort of demonstrates the increase in interest on both sides.”

He said too, it is important to highlight that these engagements are not just limited to oil and gas, as it is also focused on other areas of mutual development of its people.

During the busy three-day itinerary, representatives of the Guyanese government, industry, academia and commerce will meet with an array of North East businesses and organisations in a bid to strengthen relationships between the locations.

One highlight of the programme of events will be the traditional Gateway lunchtime gathering at Macdonald Norwood Hall, Aberdeen, featuring an impressive line-up of speakers from both locations.

Commenting on preparations Brett Jackson, Founder/MD of Aberdeen-based Granite PR and creator of the Gateway series said: “We are delighted at the level of interest which has been shown in our second inaugural Gateway of the year, and we are grateful to everyone who has supported our efforts to deliver this brand-new event.

Granite PR has teamed up with ABIS Energy to create the Aberdeen-Guyana Gateway, supported by Invest Aberdeen.

Francis Kiernan of ABIS Energy said, “Guyana and the UK are partners within the Commonwealth. The development of the offshore Guyana oil and gas province is a major global event. Guyana is well placed to become a regional hub for hydrocarbon exploration and production during the next decade. For Guyana it creates the opportunity to harness the energy industry contributing to a responsible infrastructure programme and to deliver an environmentally sustainable economy to the benefit of the population at large.”