OilNOWLatest News and Information from the Oil and Gas sector in Guyana
More
FeaturedNewsRegional
Updated: February 20, 2020 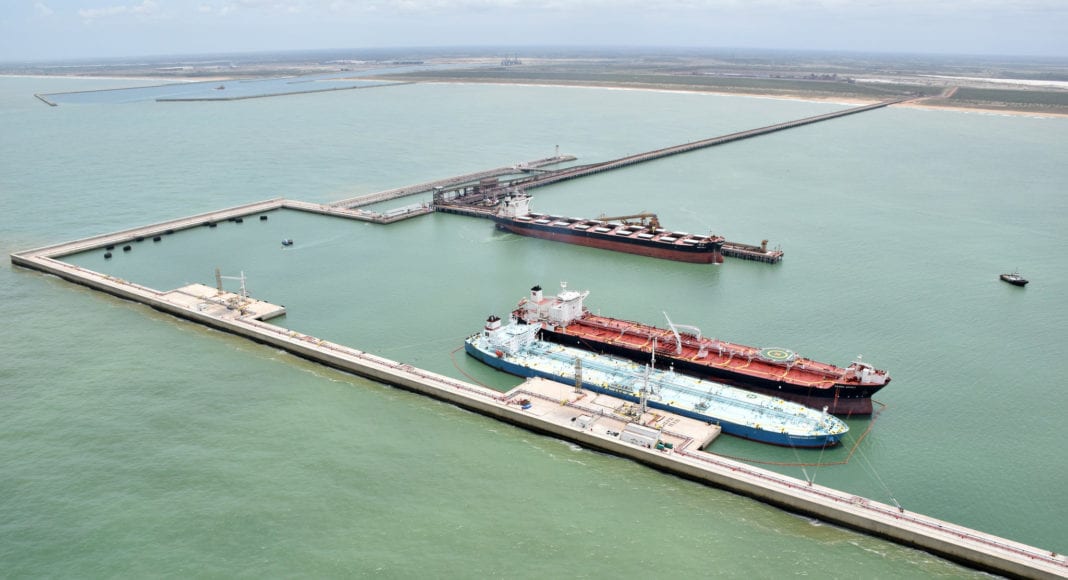 Brazil’s natural gas demand is set to climb to a record in 2020‒2021 at 39 billion cubic meters (bcm) per year, giving the country one of its biggest demand-supply deficits in history, Rysatd Energy said in a new report released on Thursday. After that, however, surging production could make the country a net gas exporter from as early as 2025, analysis showed.

With Bolivian gas imports declining and due to its limited offshore gas transport infrastructure, additional liquefied natural gas (LNG) supplies are the short-term answer for Brazil, as the country has spare LNG import capacity and the fuel is also a cheaper option in today’s market.

The South American country, which produced about 44 bcm of gas in 2019, flared or re-injected about 39% of the gas it produced and consumed for exploration & production another 12%, leaving only half of its gas output available commercially, Rystad Energy’s data show.

As new offshore developments will come on stream by 2030, Brazil’s own commercially available gas production is set to climb to about 40 bcm. Currently, the country has only two pipelines in operation to bring its pre-salt gas to the market that can transport 9.5 bcm per annum at most.

“A number of pipelines are under construction, however, and by 2025, the total offshore pipeline transport capacity is expected to rise to about 31 bcm, and may expand even more after that if existing plans for additional infrastructure bear fruit,” said Rystad Energy’s Upstream Analyst Krishan Pal Birda. 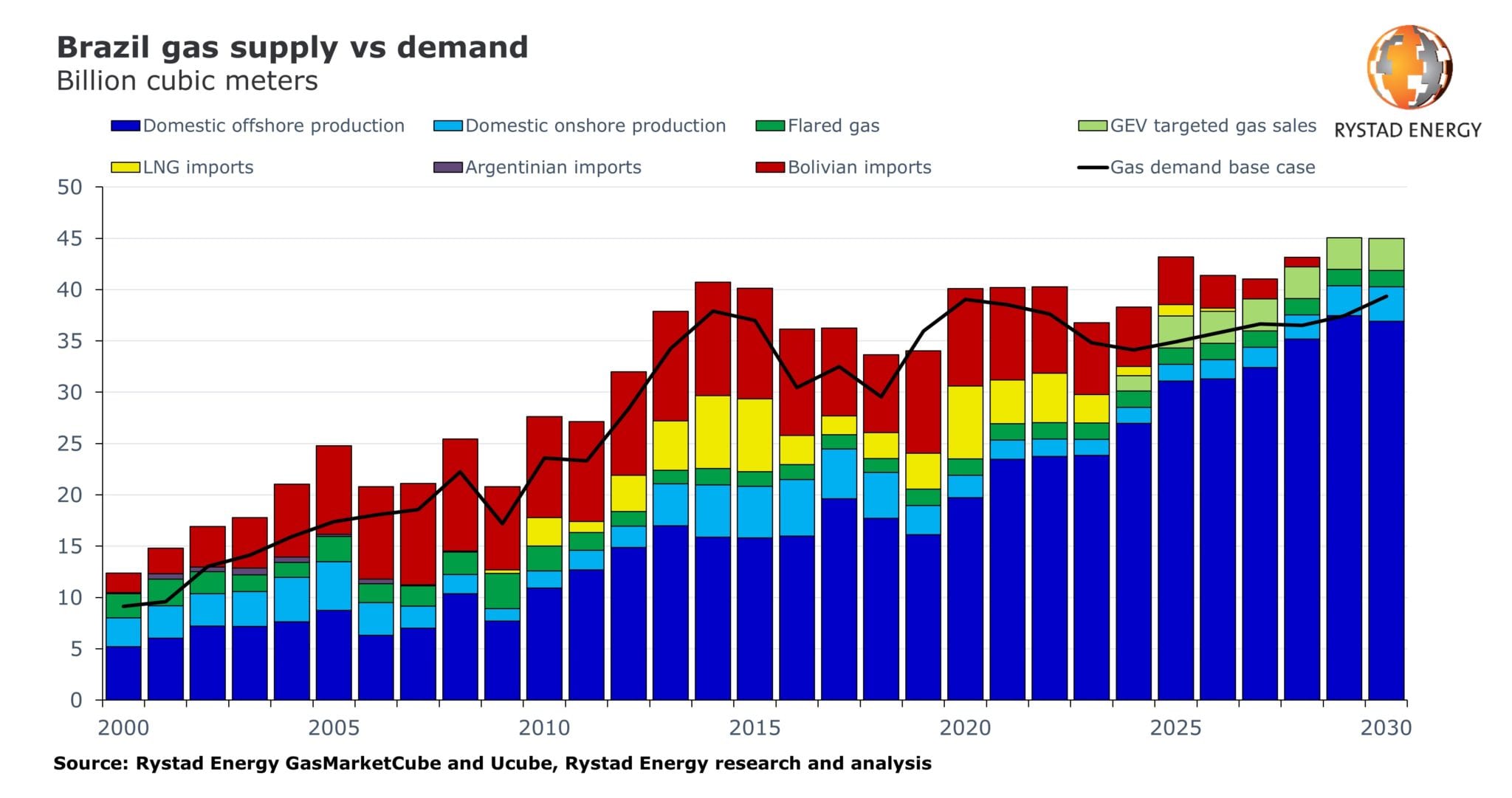 Another push in the same direction comes from Australia’s Global Energy Ventures (GEV). The company signed a letter of intent to buy four compressed natural gas (CNG) ships, each with a capacity of 5.7 million cubic meters of gas, with options for four additional vessels. GEV plans to ship gas from Brazil’s Santos basin with CNG tankers, providing a commercial alternative to pipelines for offshore operators.

Brazil’s current pipeline network, despite the country’s extensive coastline, only accumulates to 50,000 miles. By comparison, the US has more than 4 million miles of gas pipelines.

“Rystad Energy estimates that Brazil will reach annual gas production of 33 bcm in 2025, while demand will be around 35 bcm. If the country, on top of this, commercializes its currently flared gas by 2025, or if GEV commercializes its targeted 3.1 bcm gas per year from the Santos basin, Brazil could become a net gas exporter in 2025 for the first time in its history,“ said Birda.

Even without these additional measures, Brazil is poised to meet domestic gas demand through its own onshore and offshore production by 2028.

If the current development plans materialize, Brazil could also fuel its economic growth with more gas delivered to the market. Most of this gas has the potential to be consumed within the domestic power and industrial sectors, with demand not peaking before 2040 as a result.