OilNOWLatest News and Information from the Oil and Gas sector in Guyana
More
FeaturedNews
Updated: January 27, 2020 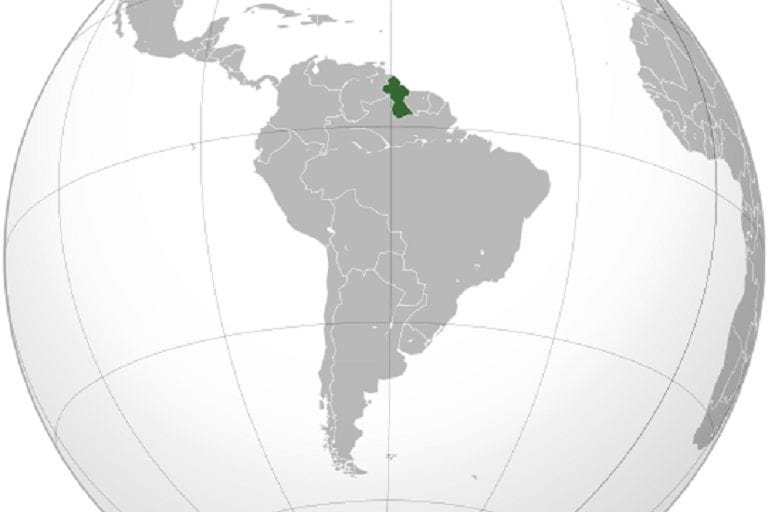 In an environment of oil supply glut, a new player entered the scene. Guyana, a nation bordering Venezuela and Brazil – two countries with large oil reserves – has established itself as an oil producer as of December 20 with the first crude production from Liza Phase 1, which has an expected capacity of 120,000 b/d.

With an estimated gross domestic product (GDP) of $4 billion, Guyana has the potential of transforming the lives of its population of over 750,000 by growing its GDP over 85% in 2020 according to International Monetary Fund estimates.

The journey towards crude production began less than five years ago when the consortium composed of ExxonMobil, Hess, and CNOOC made its first oil discovery offshore Guyana in the Liza field of the Stabroek Block. The block has an estimated recoverable resource of more than 6 billion BOE that is likely to increase as new discoveries are made.

The newly produced Liza crude has a crude quality at 32.1° API gravity and 0.51% sulfur, according to ExxonMobil’s assay library. This light to medium, sweet crude is expected to attract the interest of refineries in the US Gulf Coast (USGC), Europe and China. As freight rates increase, West African crudes with an API gravity range of 28-36° have decreased in the US by 60% since 2016. A continued decrease could occur as USGC refineries look towards Guyana’s crude as a closer alternative. 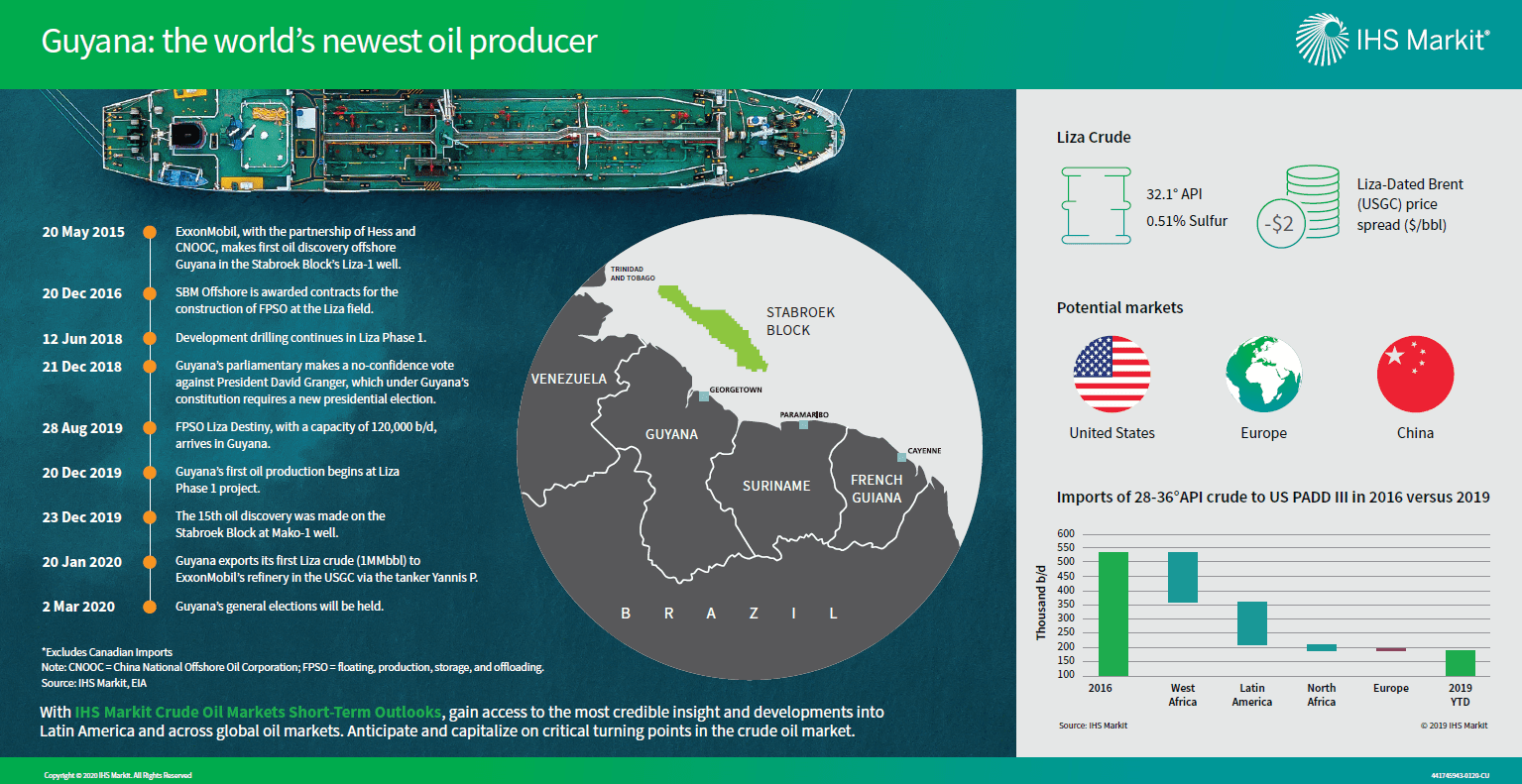 One of ExxonMobil’s refineries in the USGC is set to receive Guyana’s first exported crude in late January. Additionally, a unit of Shell, that could send the crude to refineries in the USGC, is tasked to lift and market Guyana’s first three oil cargos, scheduled for February. Entering this new territory of oil producer, Guyana will need to identify the appropriate crude price, which IHS Markit expects will be discounted by $2 relative to Dated Brent.

Additionally, as new projects ramp up such as Liza (Phase 2) and Payara (Phase 3), with an expected combined capacity of 440,000 b/d, it is important to keep in mind the results of the parliamentary elections in March. It is unknown how those elections will affect the continued success of Guyanese oil, since the opposing party People’s Progressive Party accuse President David Granger’s administration of providing generous contract terms to ExxonMobil, and vow to review past “poorly negotiated” production-sharing agreements.