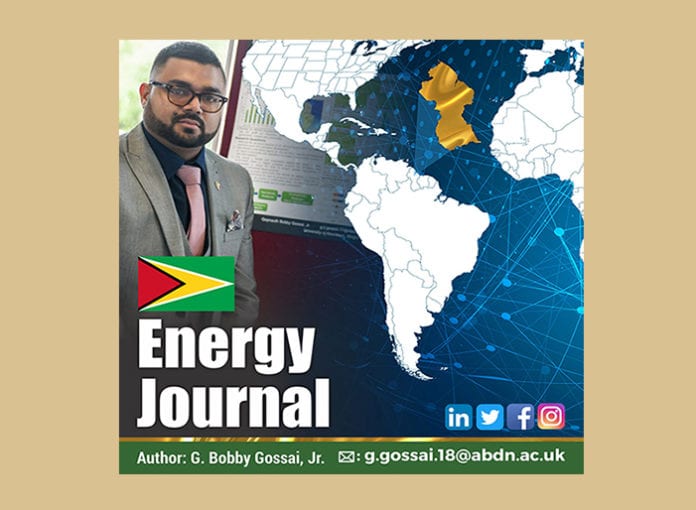 Crude oil is an important source of energy and used in domestic as well as transport and industrial sector widely. This is the reason it is considered as the crucial and important factor of economic development of the country. Oil demand and supply and price fluctuation also affects stock market throughout the world.

Oil price changes not only affect economic activities, but they also predict the future stability and the effects of price changes on stability. Oil value changes likewise influence the monetary development both decidedly and adversely. The oil price fluctuation in-process and high unpredictability not only influence the economy, but also different other factors such as gross domestic product (GDP) of the country, import bills and inflation.

The term volatility is the variation in the crude oil price, or the tendency of oil price measure is the instability which is the rise or steep fall within a given time frame, in the range of a day, a month, a year, or even a decade forming the cycle time-series component of oil as a traded commodity (Ogiri et al. (2013). For example, Moriarty and Honnery (2014) provided evidence of a strong correlation between global economic output and the continuation of increase in the future use of primary energy sources such as oil and gas, creating great potential for energy prices to increase when viewed from the long cycle time-series component of the traded oil commodity.

The oil price volatility depends on the combined effects of invariant and variable factors (Demirbas et al. 2017). Invariant factors include feedstock prices, exploration costs, drilling costs, chemical composition of oil, production costs, distribution costs, marketing costs, and packaging and storage costs, whereas the variable factors include global economic activity, level of production, level of consumption, and exchange value of the US dollar as the main international currency of trade for the oil commodity.

Crude oil prices are highly unstable, and it has a great impact on economic growth, and it arouses many controversies among the policymakers and researchers. Some have argued that it will promote economic growth (Akpan 2009), while others argue that it will inhibit economic growth (Cerralo 2005). It can be observed that in oil-exporting countries, an increase in oil prices will increase national income of exporting countries. The oil-exporting countries benefited greatly when the oil price increases and they earn huge profits. Governments earn profits and they use those profits for the betterment of their own country. New investment projects are being launched and all the other expenditures are financed through those findings (Hausmann & Rigobon 2003).

However, when oil price decreases, as we are experiencing now, public sector faces disastrous losses because it is difficult for it to reduce the spending immediately. The country will face fiscal imbalances with oil price decrease because a country’s economy was highly dependent on oil revenues, and due to a decrease in oil revenues, fiscal imbalance will occur. There are large price fluctuations in oil prices consists of sudden increase and sudden decrease. Thus, the current pattern is full of price volatilities and it has created large uncertainties in the oil market.

Price volatility is intrinsic in commodity markets, but has been advancing at a faster rate in the crude oil market in comparison to other commodities over the past decade, reflecting the status of oil as the most globalised commodity. Oil Price Volatility (OPV) is defined as the standard deviation of oil prices in a given period. The economic uncertainty generated by the extreme volatility of oil prices has important consequences for the global economy that differ markedly from the impacts of oil price shocks. An oil price shock is a manifestation of extreme volatility. Acute deviations in oil prices, such as those seen in early 2008 are termed shocks, while relatively minor price deviations are referred to as price volatility.

The physical demand and supply of oil constitute the fundamentals of the oil market. The short-run demand and supply of oil are both strongly price inelastic, meaning that marginal changes in either oil demand or supply induce greater than proportional oil price changes and, often, large price deviations. From a long-term perspective, growth in OPV has been primarily attributable to the decrease in the price elasticities of both oil supply and demand since the mid-1980s. Over the past decade, the transition of both oil demand and supply toward a more inelastic state has become particularly apparent.

The increasing inelasticity of oil supply has been fuelled by several factors, most notably decreasing conventional oil production capacity and rates of new discovery, as well as blockages to new oil market investment. While unconventional oil reserves are presently seeing increasing rates of exploitation in many countries around the world, slower production rates in comparison to conventional reserves are significantly reducing the pace at which producers are now able to respond to price changes.

Demand-side inelasticity has been primarily driven by the decades-long structuring of the global economy around oil, particularly in the case of the transportation sector, in which oil-powered transit and associated infrastructure retains market dominance, despite the increasing popularity of alternatives such as electrically powered vehicles.

In addition to the inelastic nature of both oil supply and demand, there are several specific supply and demand-side factors that aggravate OPV. Oil supply, for example, is vulnerable to unquantifiable sources of instability, such as regional conflict in producing areas, theft, and the uncertainties raised by the nationalisation of oil companies, which can lead to significant disruptions in both investment cycles and short-term supply availabilities.

The demand for oil, on the other hand, exhibits cyclical tendencies and seasonality so that the relationship between the demand for oil and real output is procyclical contemporaneous. Inherent business cycle volatility is thus also likely to make itself manifest in oil prices. The relationship between oil prices and business cycles is augmented by the fact that oil demand is more responsive to changes in income than changes in prices.

However, the explanatory power of supply-side shocks has somewhat deteriorated over the past decade, because the largest producers are now undertaking significant efforts to stabilise prices by offsetting decreasing regional supply with increasing production in other jurisdictions. However, it is important to note that the potential for such supply coordination is becoming significantly limited by the growing domestic use of petroleum in producing countries.

On the demand-side, growing but steady patterns of oil consumption in emerging economies (where demand growth has been centred over the past decade) are equally unable to account for intense swings in crude oil prices. Instead, a popular explanation of the fortification of OPV in recent years is that the progressive financialization of the crude oil market has led to its transformation from a largely physical market into a complex and predominantly financial market.

The link between OPV and economic activity strongly suggests that OPV negatively affects economic output in the short to medium-term. Adverse short-term economic impacts largely reflect the deterioration of aggregate demand as OPV intensifies. Aggregate consumption and investment, for example, immediately decrease in response to the economic uncertainty created by OPV, a dynamic which is augmented by volatility driven unemployment. While industrial production has also been found to decline in the short-run, production declines are more likely to be a response to downward trends in aggregate demand than to production cost uncertainty. This is because industrial producers respond to production/input cost uncertainty by raising product prices to incorporate an uncertainty premium, rather than by reducing production levels. In the medium-term, aggregate supply is more responsive than aggregate demand to the effects of OPV.

This is foremost the product of decreasing investment in the short term which results in constrained production capacity and increased supply-side inelasticity in the medium-term. Other negative economic effects of OPV in the medium-term such as inflation, are also likely to stem from supply-side responses to OPV; the aforementioned uncertainty premium, for example, precipitates increasing inflation.

Price volatility in the crude oil market is increasing at a faster rate than volatility in other commodity markets, partly due to the status of oil as the most globalised commodity.

There are three main drivers of OPV:

The uncertainty advanced by OPV has damaging and destabilising macroeconomic effects. The high degree of OPV which has characterized the market for the past four decades represents a fundamental barrier to stability and hence growth. The management and reduction of price volatility will play a key role in enhancing stability in future economic growth trajectories. Policies to reduce price volatility must be balanced between the prevention and the cure of OPV.

Preventative policy should centre around the stabilisation of oil supply. Cooperation and concerted action will be fundamental in mitigating future price volatility. Just like the other raw materials, an increase in oil price forced many countries to search for oil and produce their oil and this also caused the downfall of demand worldwide. As many economists promoted energy efficiency and energy conservation to decrease the demand, so finally a decrease in oil will help a great deal in reducing the oil price. Due to a drop in oil price, demand will once again tend to increase and once again there is a chance of oil price increase in future. The distinctive purpose of perspectives about the oil showcase perceptibly is an indication of unique prospect about the future movement of oil costs (Stevens 2005).

The solution or ‘cure’, however, will be intrinsically linked to demand-side policies focused on reducing the global reliance on oil, achieving greater diversification in the global energy mix and increasing energy efficiency. In contrast to the antiquated adage, the cure is better than the prevention, because the instability and inelasticity of oil supply (the primary drivers of volatility) will only worsen over the coming decades as the quantity of conventional oil reserves diminishes.

Overall, these results lead to the conclusion that the Guyanese economy is greatly vulnerable to oil price volatility. Given the economic damage in case of falling oil price, it seems reasonable to suppose that the country will need to continuously diversify its key industries and enhance the competitiveness of non-energy sectors by increasing foreign direct investment (FDI) from the rest of the world, driven by the improvement of investment environment through various enabling strategies and partnering regional and international organisations.