OilNOWLatest News and Information from the Oil and Gas sector in Guyana
More
FeaturedNews
Updated: April 23, 2020 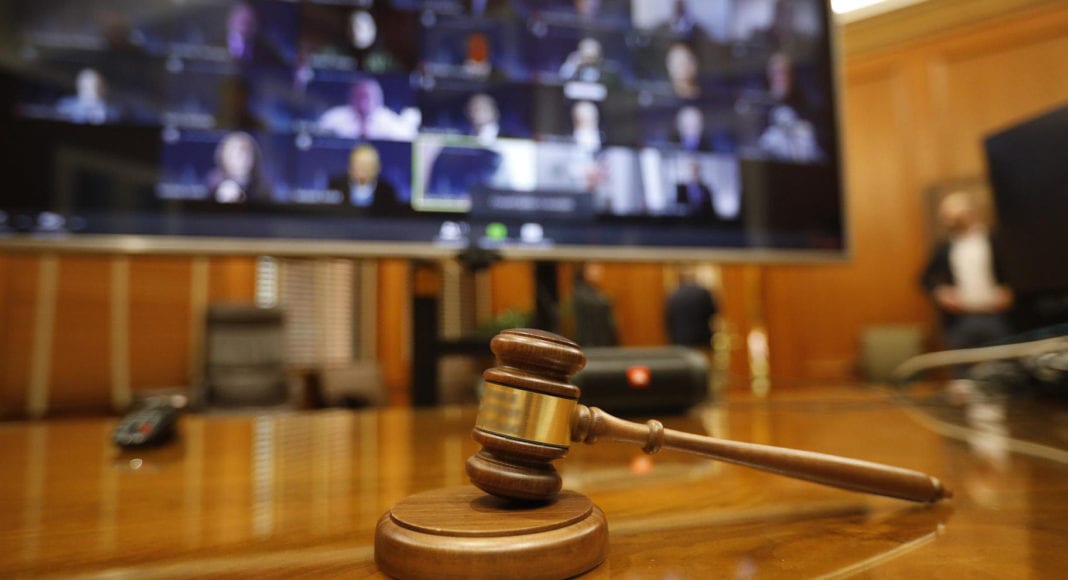 The International Court of Justice (ICJ) announced on Thursday that it is continuing to perform its functions despite the containment measures put in place around the world to halt the spread of COVID-19.

The ICJ said through the use of modern technologies, it has made the necessary arrangements to hold virtual meetings and to adapt its working methods to the need to work remotely during the COVID-19 pandemic.

“In the past weeks, committee meetings of the Court have taken place through videoconference. Yesterday, on 22 April 2020, the Court held the first virtual plenary meeting in its history. The President and the Registrar were present in the Deliberation Room of the Peace Palace, the seat of the Court, while the remaining Members of the Court participated in the meeting remotely, via videoconference,” the ICJ said.

During its meeting, the Court considered pending judicial matters and adopted an order on procedural issues.

The Court said it wishes to assure members of the international community that, in spite of the current circumstances, it will continue to discharge its judicial functions and to deal with matters submitted to it or those already pending before it.

The ICJ said on April 7 that it was extending the period during which no hearings or judicial meetings will be held due to the ongoing COVD-19 pandemic, to the end of May.

As a result of the suspension of hearings, the proceedings related to the Arbitral Award of October 3, 1899 (Guyana v. Venezuela) has been delayed. Statements were originally scheduled to have commenced being heard from Parties in the matter on March 23, 2020. However, this was pushed back due to issues related to the pandemic.

The hearings were expected to give the Parties to the case the possibility to address the question of the jurisdiction of the Court. Venezuela has maintained that the ICJ has no jurisdiction to hear the case involving its claim over territory that was settled in an Award regarding the boundary between the Colony of British Guiana and the United States of Venezuela, of October 3, 1899. Guyana is asking the ICJ to “to confirm the legal validity and binding effect” of this Award.

The border controversy between the two countries intensified after US oil major ExxonMobil discovered large quantities of oil off the Guyana coast back in 2015.