OilNOWLatest News and Information from the Oil and Gas sector in Guyana
More
FeaturedNews
Updated: December 19, 2018

Kanuku and Orinduik are next blocks to watch offshore Guyana 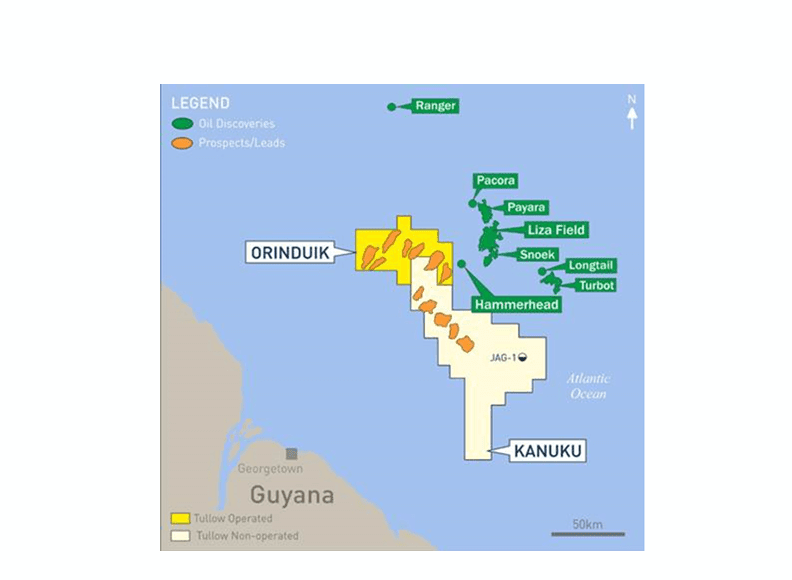 Stabroek is the “gift that keeps giving” offshore Guyana, but industry analyst Wood Mackenzie reminds that “it’s not the only block in the country” as drill campaigns are set to get underway in two other blocks with potential for major discoveries.

“In-board of the Stabroek Block we have two blocks that we expect to be drilled over the coming 12 to 18 months. The Kanuku Block, which is operated by Repsol and the Orinduik Block which is operated by Tullow. We’re hoping to see some wells going down in those blocks and we’ll see how they do,” says Julie Wilson, Wood Mac’s Research Director, Global Exploration.

Tullow is confident that it will strike oil off the Guyana coast where it has a 60% equity in the Orinduik Block and 37.5% equity in the Kanuku Block. Executive Vice President, Ian Cloke, said favourable prospects offshore the small South American country point to a discovery by the company when it undertakes its 2019 drill programme. Cloke’s confidence is buoyed by a record 10 discoveries made by US oil major ExxonMobil in the adjacent 6.6 million acres Stabroek Block.

Wilson says the Kanuku and Oriduik blocks, being in-board, are likely to be canyon type prospects rather than the fan, further outboard.

ExxonMobil announced its 10th discovery at the Pluma well in the Stabroek Block on December 3 increasing its estimated recoverable resource estimate in the South American country to more than 5 billion barrels of oil.