OilNOWLatest News and Information from the Oil and Gas sector in Guyana
More
ExplorationFeaturedNews
Updated: February 8, 2022 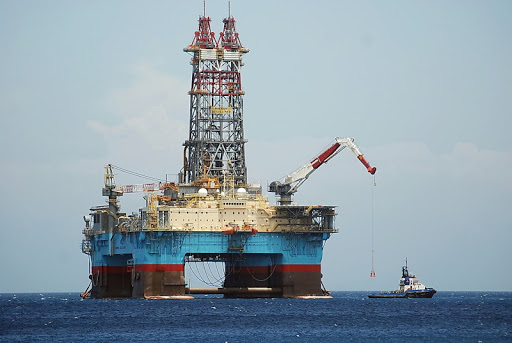 The recent announcement by CGX Energy Inc. and Frontera Energy Corporation of a discovery at the Kawa-1 well in the Corentyne Block elevates hope for shelf explorers in the Guyana basin says leading UK consultancy group, Wood Mackenzie.

In an assessment on Kawa-1 seen by OilNOW, WoodMac reminded that the operator will run wireline logging to assess net pay and fluid quality. As the industry awaits the results, WoodMac was keen to note that two critical risks to determining Kawa-1’s commerciality will be the thickness of each interval and gas-oil ratios within the reservoirs.

In terms of pay thickness, the consultancy group said Kawa-1 with 54 metres compares less favourably to nearby finds in Stabroek (Lau Lau 96 metres and Haimara 63 metres).  Be that as it may, the UK Group said, “A successful Kawa-1 well has implications for other companies in blocks inboard of the Stabroek Block,” while adding that “the presence of sands charged with good quality hydrocarbons provides more data and confidence for operators planning future campaigns.”

Looking ahead, WoodMac said Guyana exploration drilling shows no signs of decelerating in 2022 given the historical high of 17 exploration and appraisal wells that were spud in 2021. WoodMac said it will continue to monitor these developments in Guyana’s prolific oil basin with the same shared excitement of the people of Guyana, and the rest of the world by extension.

Guyana’s Minister of Natural Resources, Vickram Bharrat recently told OilNOW that his ministry welcomes the positive announcement at the Kawa-1 well. He was keen to note however that CGX and its partner are expected to do further appraisal work on the net pay and fluid properties of the hydrocarbons found across the shallow and deep reservoirs via electric wireline logging and fluid sampling. Following this, Mr. Bharrat said the company will issue a ‘notice of discovery’ to the government.

While the administration awaits these results, Mr. Bharrat had said, “The positive announcement is significant for the people of Guyana as it further de-risks the Guyana basin and deepens our knowledge on how the oil and gas resources are spread…”

CGX and partner Frontera Energy Corporation had said the Kawa-1 well was drilled to a depth of 21,578 feet (6,578 metres) on the northern section of the block and encountered approximately 177 feet (54 metres) of hydrocarbon-bearing reservoirs within Maastrichtian, Campanian and Santonian horizons based on initial evaluation of Logging While Drilling (LWD) data.

The partners said the intervals at Kawa-1 are similar in age and can be correlated using regional seismic data to recent successes in Block 58 in Suriname and the Stabroek Block in Guyana. They said too that Kawa-1 also encountered hydrocarbon-bearing sands in deeper strata (Coniacian or older). The companies said this will be analyzed and could become the target of future appraisal opportunities.

Significantly, the partners are now eager to build on their recent offshore positive results at the Kawa-1 exploration well, with plans moving apace to spud its second commitment well, called Wei-1, in the northwestern part of the Corentyne block in the second half of 2022.

CGX is the operator of the Corentyne block with a 66.667% participating interest, with Frontera Energy Corporation holding a 33.333% interest.