OilNOWLatest News and Information from the Oil and Gas sector in Guyana
More
FeaturedNewsRegional
Updated: June 26, 2018 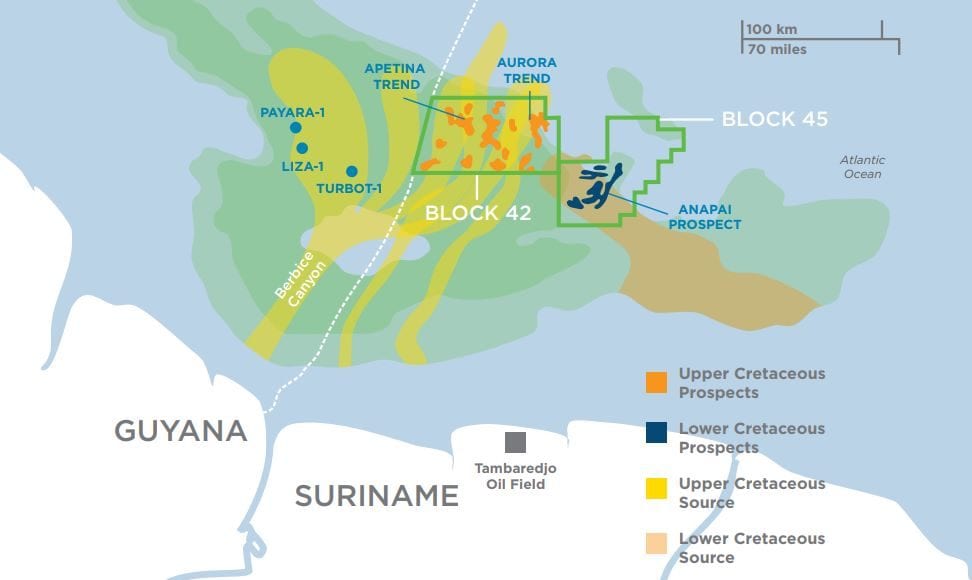 Anapai-1A was drilled to a total depth of 4,556 meters and was designed to test lower Cretaceous reservoirs in a structural trap on the flank of the basin, the company said. “The prospect was fully tested, encountering high quality reservoirs in the targeted zones, but did not find hydrocarbons. The well is being plugged and abandoned.”

Andrew G. Inglis, Chairman and Chief Executive Officer, said, “We are still in the early stages of exploring this newly emerging basin and our forward drilling program remains unchanged given the independent nature of the prospects. The drillship will proceed as planned in the third quarter to test Pontoenoe, the first of up to three independent prospects in Block 42 offshore Suriname. Pontoenoe is a similar play type to the Turbot and Longtail discoveries located approximately 70 kilometers to the west in Guyana.”