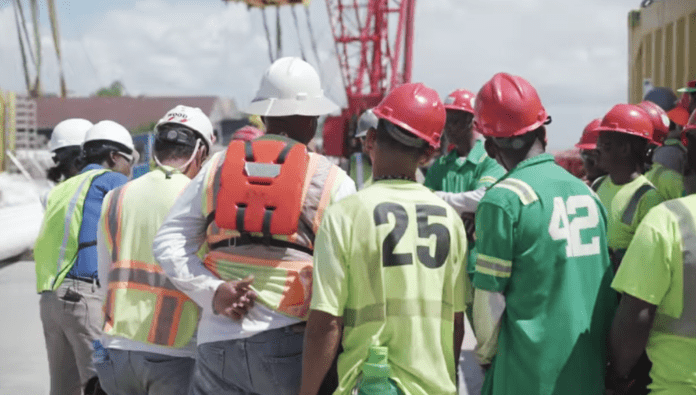 The much-anticipated Local Content Policy (LCP) that would set the framework within which companies in Guyana’s oil and gas sector are expected to operate, is closer to finalization.

Director of the country’s Department of Energy (DE) Dr. Mark Bynoe made the disclosure at a press conference held on Monday in Georgetown.

He said the LCP consultant has submitted the final report which is being reviewed with a completion date of December 2019. The DE has been working with companies operating in the oil and gas sector to ensure their reports meet requirements set out in the LCP.

Dr. Bynoe praised the local content capacity building measures and contributions by companies such as ExxonMobil and Halliburton, while noting that the Department is working with CGX and Tullow on their local content plans.

ExxonMobil, operator at the prolific Stabroek Block where oil production is expected to begin within days, has said that 50% percent of its workforce in the South American country is Guyanese.

The company said it has also increased the amount of money it spends on Guyanese suppliers which has seen more than $16 billion Guyana dollars being spent with more than 600 local vendors on services ranging from food to engineering. This amounts to a more than 65 percent increase from the corresponding period in 2018.

The DE is also working with other companies exploring for oil offshore such as Tullow Oil and CGX Energy, to develop their local content programmes.

Guyana did not pay a ‘fee’ to lift its first 1 million barrels of oil; cargo sold directly to shell

Tanker set to depart with government’s first 1 million barrels of...