OilNOWLatest News and Information from the Oil and Gas sector in Guyana
More
FeaturedNews
Updated: July 5, 2022 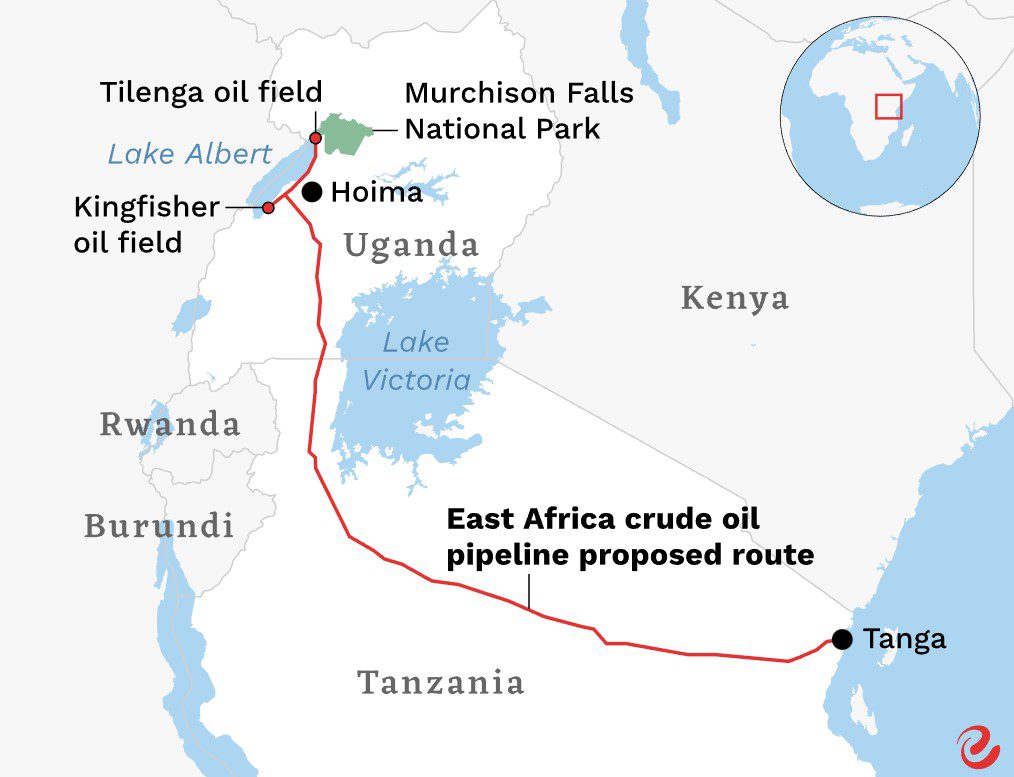 Energy security, job creation, community development and wider socio-economic growth are just some of the benefits set to accrue from the development of the East Africa Crude Pipeline (EACOP) by 2030.

During the construction phase alone, the pipeline is expected to create thousands of high-paying jobs and significant opportunities for local companies such as contractors, the African Energy Chamber said.

Tanzania and Uganda are expected to see a 60% increase in foreign direct investment, with more capital expected to flow throughout the project’s subsequent stages. The long-term employment, guaranteed energy security and broader economic benefits brought about by construction emphasize its importance for driving development in Africa.

Executive Chairman of the African Energy Chamber, NJ Ayuk, underscored that if this pipeline project fails, “Africa will remain a poor continent.”

Against this, the Chairman articulated, “Ugandans and Tanzanians should not have to pay the price for western, developed nations. It makes no sense to oppose the construction of the pipeline. If EACOP fails, there will be no guarantee of employment, with a lot of the population remaining energy-poor for years to come, and investment directed towards East African exploration will dry up. Africa does not deserve this. Africa deserves the right to develop its resources and that includes the EACOP.”

With the capacity to transport approximately 216,000 barrels per day, the pipeline is estimated to cost $3.5 billion. Once complete, will represent the longest heated crude oil pipeline in the world.

Currently, Standard Bank of South Africa is advising the governments of Uganda and Tanzania, with the ownership of the pipeline shared between TotalEnergies (62%); the China National Offshore Oil Corporation (CNOOC) (8%); the Uganda National Pipeline Company (15%); and the Tanzania Petroleum Development Corporation (15%).

Following the discovery of commercially viable quantities of oil in Uganda’s Lake Albert Basin and the completion of exploration by the CNOOC, TotalEnergies and Tullow in 2006, the 1,443km EACOP was proposed. Comprising part of the wider Lake Albert Development Project, the pipeline will transport oil produced in Uganda to international markets, generating critical revenue for the entire East African community.

The majority shareholder, TotalEnergies, announced a $10 billion final investment decision for the project in February 2022, kickstarting development and ushering in a new era of energy security for the region.