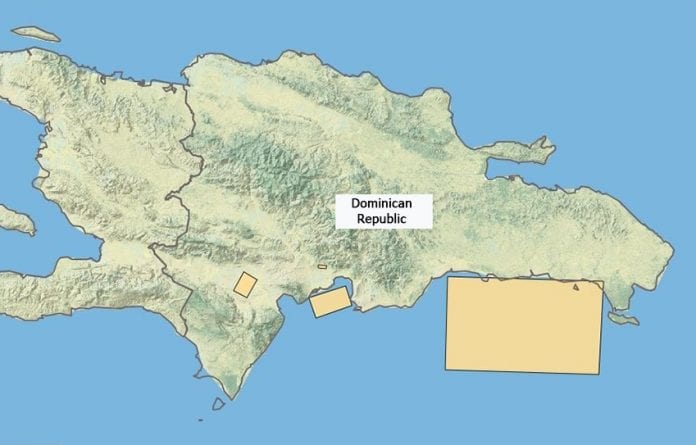 With no signing bonus and seismic exploration data being made available to companies for free, the Dominican Republic is offering low-risk contract terms in an effort to attract big investment in its nascent oil and gas industry.

The licensing round aims at being competitive and offers what Alberto Reyes, the country’s vice minister for hydrocarbons, called “simple, competitive and transparent terms” of production-sharing contracts for potential investors, reports S&P Global Platts.

Reuters said in a report on Wednesday that the licensing round comes after Brazil, Guyana and Mexico attracted billions of dollars in oil investment. Cuba and Panama also have taken steps to lure producers with new areas and by making seismic exploration data available.

In all, 14 blocks are on offer in the Dominican Republic, including 10 onshore in three basins and four offshore blocks.

“We’re frontier exploration and are proposing top-quartile fiscal terms,” Reyes said during a Houston road show presentation. “There is no signing bonus, and the data [for blocks offered] is freely available, so the cost of entry is low. It’s a very low-risk scenario.”

The acreage has an average size of 500 sq km for onshore blocks and 2,500 sq km for offshore. Besides the 14 blocks offered by the government, operators can nominate any block they would like to be part of the process from now until mid-September.

Guyana, the new frontier where US oil major ExxonMobil has to date found more than 5.5 billion barrels of oil, has been leading the way in showing how competitive terms serve to open an industry, particularly at a time of volatile oil prices and changes in the dynamics of supply.

Areas offered for bidding in the Dominican Republic include six blocks in the onshore Cibao Basin along the country’s northern strip; three blocks in the Azua Basin in the southwest; one block, also in the southwest, in the Enriquillo Basin bordering Haiti; and four offshore blocks in the San Pedro de Macoris Basin at modest water depths of 1,000-1,400 meters (3,300-4,600 feet).

S&P Global Platts reminded in its report that the country is under-explored. A total of 88 wells have been drilled there in the past 100 years or so, but there is no production now. Briefly in the 1950s, it produced 30,000 b/d of oil.

Before ExxonMobil’s first world class discovery in Guyana at the Liza field, other companies had drilled a total of 40 wells, all with no commercial oil shows. Guyana has never produced any oil.

S&P Global Platts quoted the Dominican Republic hydrocarbons minister as saying that 80% to 90% of the wells drilled in the country weren’t deep enough to produce sustainably — even if they were positioned in the “exact place” where the hydrocarbon traps were located.

The government’s take of profits after revenue share, corporate income tax and minimum state participation tax is expected at a minimum of 40%, topping out at 60% for large or very profitable projects, he added.

Meanwhile in Guyana, government share from the ExxonMobil Production Sharing Agreement (PSA) amounts to 2% royalty off the top and 50% profit oil. The company also paid a US$18 million signing bonus in 2016 when the PSA was revised.