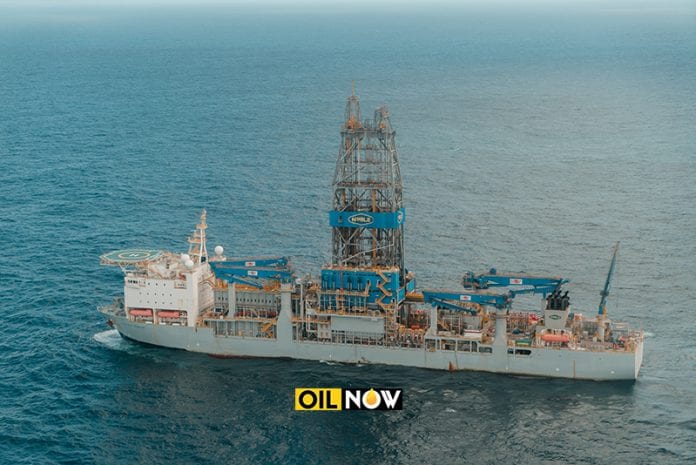 Noble Corporation, the same company contracted by ExxonMobil to drill 17 wells for the Liza Phase 1 development in Guyana, on Wednesday reported a net loss for the three months ended March 31, 2018 of $142 million, or $0.58 per diluted share, on revenues of $235 million.

Commenting on the first quarter performance, Julie J. Robertson, Chairman, President and Chief Executive Officer of Noble Corporation plc, said, “Our operating performance remained exemplary. Operational uptime of 98.8 percent continued at a record level in the quarter.  A sequential quarter decline in fleet utilization was due primarily to temporary periods of inactivity on several jackups as these rigs transitioned to new contracts that commenced just prior to, or following, the close of the quarter. Fleet utilization is expected to improve over the year with the likely addition of new contract awards, primarily for our jackup fleet.”

Contract drilling services revenues for the first quarter totaled $229 million compared to $321 million in the fourth quarter of 2017. Revenues in the fourth quarter included payments totaling $38 million relating to the recovery of certain contractual expenses and the settlement of a contract dispute. Excluding these payments, revenues in the fourth quarter would have been $283 million. When compared to the adjusted revenues, the 19 percent decline in the first quarter was due largely to lower fleet utilization, with fewer operating days experienced in the Company’s jackup fleet, as well as lower average dayrates, a decline in mobilization revenues and fewer calendar days in the quarter.

Contract drilling services costs in the first quarter of $137 million compared to $153 million in the fourth quarter of 2017. The 10 percent decline was due primarily to lower fleet operating days, partially offset by costs associated with preparations for upcoming contracts on certain rigs, including costs associated with the reactivation of the semisubmersible Noble Clyde Boudreaux.

Utilization of the Company’s 14 floating rigs in the first quarter declined slightly to 37 percent compared to 41 percent in the fourth quarter. The decline was due largely to fewer operating days for the drillship Noble Bob Douglas which relocated to Guyana during the quarter ahead of the commencement of a three-year contract.

Operating days for the Company’s 14-rig jackup fleet declined in the first quarter with five rigs idle for all, or a portion of the quarter following the completion of contracts. The decrease resulted in fleet utilization of 56 percent compared to 76 percent in the fourth quarter.  First quarter jackup utilization is expected to be the lowest measure of 2018 following the return to service of three rigs, including the Noble Houston Colbert in February and the Noble Hans Deul and Noble Tom Prosser, both in April. Also, following the conclusion of the first quarter, two of the Company’s premium jackups were awarded new contracts.  These awards include a 170-day program for the Noble Houston Colbert for operations in the North Sea, and an estimated 220-day contract for the Noble Mick O’Brien for work offshore the State of Qatar.

During the first quarter, the Company utilized $192 million of cash on hand to repay senior notes maturing in 2018, as well as for the early redemption of senior notes maturing in 2019, including debt extinguishment fees. These transactions followed the previously announced January issuance of $750 million aggregate principal amount of senior unsecured guaranteed notes and a concurrent $750 million tender offer completed in February 2018. These debt transactions reduced the Company’s aggregate debt maturities before 2024 to approximately $201 million from $954 million, or a reduction of 79 percent. At March 31, 2018, the Company’s liquidity position totaled $2.3 billion, comprised of $462 million of cash and $1.8 billion of available borrowing capacity under existing credit facilities, with no amounts drawn against the facilities.

Capital expenditures in the first quarter totaled $38 million, of which an estimated $18 million was dedicated primarily to sustaining capital, $11 million to major projects, including the reactivation and upgrade project for the Noble Clyde Boudreaux, and the remainder to certain other capital programs. The Noble Clyde Boudreaux project is expected to be completed in May below the budgeted cost of $30 million. Following the project’s completion, the rig will mobilize to its drilling location offshore Myanmar. The Company continues to expect capital expenditures in 2018 to total approximately $150 million.

Ms. Robertson confirmed that evidence of industry improvement is mounting, stating, “When compared to the fourth quarter of 2017, customer demand is noticeably greater, especially in the jackup fleet. We are benefitting from growing customer needs for jackups in regions that include the North Sea and the Middle East, with some programs having commencement dates in the latter half of 2018 and beyond. Over the first four months of 2018, the 12-month forward contract coverage for our jackup fleet has improved to just under 60 percent compared to 53 percent on January 1, and we expect further improvement as we secure additional contract awards in the near term.”