OilNOWLatest News and Information from the Oil and Gas sector in Guyana
More
FeaturedNews
Updated: June 12, 2021 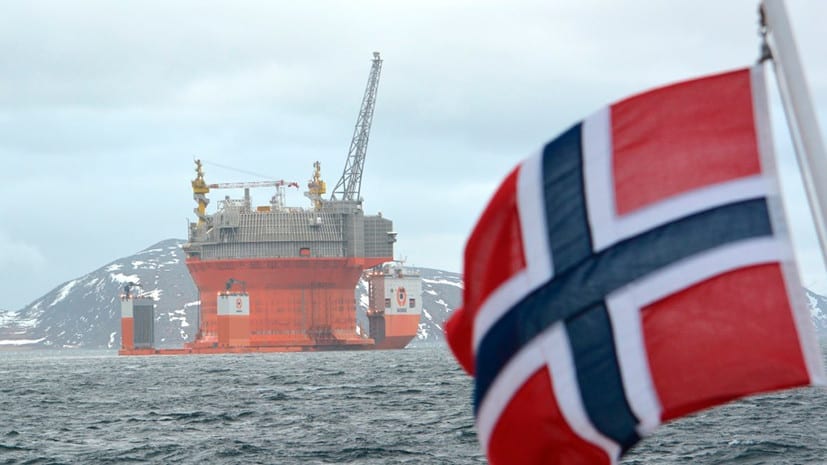 (Reuters) Norway is betting on hydrogen and offshore wind for its energy transition but will continue to extract oil and gas until 2050 and beyond, the outgoing centre-right government said as it presented its long-term energy strategy on Friday.

It also runs counter to an appeal from the world’s top energy body, the International Energy Agency (IEA), to stop investing in new oil and gas projects by next year.

The government anticipates oil and gas extraction, which made Norway one of the world’s wealthiest nations, will naturally decline by 65% by 2050.

“We will facilitate a future-oriented Norwegian oil and gas industry capable of delivering production with low emissions within the framework of our climate policy,” Minister of Petroleum and Energy Tina Bru told a news conference.

Still, Norway plans to use hydroelectric power to cut emissions from its extensive offshore network of oil and gas platforms, but petroleum will not be the driving force of the economy that it once was, Bru added.

The government wants to strengthen the national power grid in order to make better use of Norway’s extensive hydroelectric energy supply, which faces high demand both from new land-based industries as well as offshore oil platforms.

In its push for more green energy, the government also released a road map for hydrogen, promising to establish hubs in the area of maritime transport and industrial use by 2025, and to boost research.

State-controlled energy firm Equinor is due to set out its own strategy next week and is under pressure from minority shareholders demanding climate action and increased renewable energy investments.

The government white paper failed to show how Norway can continue to develop oil and gas under a scenario where the world meets a climate goal of limiting the global temperature rise to 1.5 degrees, as set out in the Paris climate accord, the opposition Labour Party said.

Labour is seen winning power in national elections in September, with the future of the oil industry expected to be a key issue for voters.

Though critical of some of the government’s priorities, Labour also believes Norway should continue to pump oil and gas, however, and called the white paper a basis to work on, energy spokesman Espen Barth Eide told Reuters.

“We don’t think that we should stop producing oil and gas now and leave it for Russia or Qatar to supply, but we need to understand that the demand will go down … The main thing is to hit the market right and not end up with stranded assets,” he said.

Frode Pleym, head of Greenpeace Norway, said: “The scientists and the IEA have made it utterly clear that there is no room for new oilfields, if the world is to reach it’s climate goal under the Paris Agreement.”

“Norway’s continued retrogressive policies in spite of this is deeply irresponsible.”