Recent discoveries in the Guyana-Suriname basin have proven a wider petroleum system and may cause an upgrade in resource estimates, drawing extra attention to upcoming wells. Meanwhile global oil firms are preparing to spend more than $53 billion in Guyana’s coveted Stabroek Block during the coming decade, Norway-based energy research and business intelligence company Rystad Energy said in a new report.

With more than 8 billion barrels of recoverable oil discovered in Stabroek thus far, companies are set to boost their capital expenditure for the area, with ExxonMobil leading the way. The Liza field – the first and largest discovery in the block – has increased the oil major’s appetite, as its capital expenditure in Guyana is forecast to reach around $22.6 billion between 2019 and 2030.

US independent Hess is expected to follow with a capex of some $15.1 billion and CNOOC of China with $12.6 billion. The Liza field will attract most of the expenditure, with the Turbot field and the Payara field expected to round out the top three. 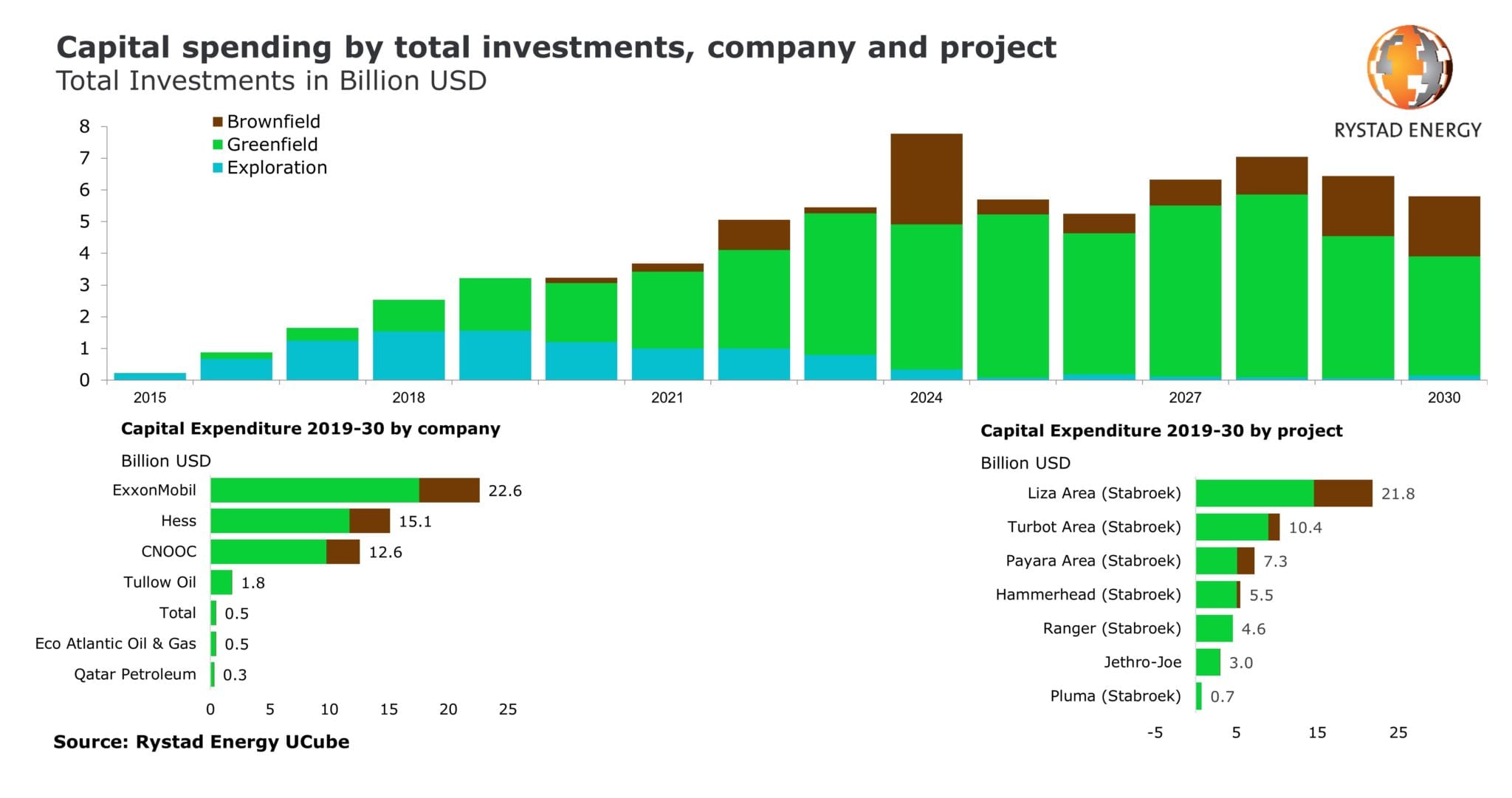 The 2015 Liza find has completely rewritten the script for Guyana’s economic outlook, with capital investments (including exploration) having surpassed $3 billion in 2019.

“Currently, most of the costs are being spent on developing Liza and finding new resources. Soon, however, capital-intensive new development projects are likely to kick off, with greenfield costs forming a major part of the spending,” said Palzor Shenga, Senior Upstream Research Analyst at Rystad Energy.

Guyana to establish national oil company by 2018, petroleum institute in...