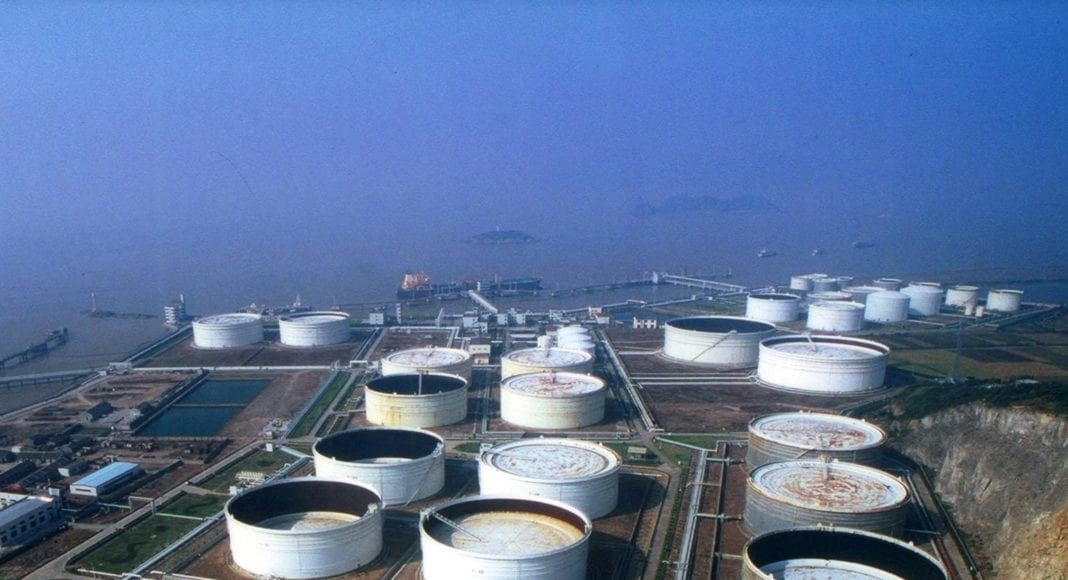 An unprecedented collapse in oil demand has forced some producers to come up with “creative” measures in order to find places to store their crude, with one energy analyst describing the situation as like a “very elaborate game of hide-and-seek” CNBC said in a report on Thursday.

It comes as the coronavirus crisis continues to hit energy markets hard, with the world awash with oil and quickly running out of places to put it.

As a result, U.S. West Texas Intermediate futures plunged below zero for the first time in history last week. Trading volume was thin given it was the day before the contract’s expiration date, but, nonetheless, the move lower was extraordinary.

At the start of the year, WTI and Brent futures both fetched more than $60 a barrel.

“Traders are dumping the June contract fearing a repeat of the May expiry should producers struggle again to find storage for their unwanted barrels.”

What storage options are available?

The global public health crisis caused by Covid-19 has created an extreme demand shock in energy markets, with storage space — both onshore and offshore — rapidly filling up.

In the U.S., the country’s main delivery point in Cushing, Oklahoma is expected to reach maximum capacity by the end of May.

Oil storage at the closely-watched Cushing hub rose by about 10% to reach 59.7 million barrels last week, according to data from the U.S. Energy Information Administration. That’s approximately 25 million barrels shy of its total working capacity.

“As a result, while the SPR can be helpful here, it is not a panacea for the industry,” Stewart Glickman, energy equity analyst at CFRA, said in a research note to clients.

The natural home for all crude oil is a refinery, but refiners must have places to store excess purchases of crude before they are processed.

Many producers have opted to store their crude in floating tankers. Last week, Reuters reported there were 160 million barrels of crude oil in floating storage on the ocean via crude oil tankers.

“The tankers have been hired, filled, and are simply floating around on the ocean, awaiting a recovery in demand,” Glickman explained, noting that the situation had also sent tanker rates “through the roof.”

An “even more creative solution” to the storage problem, he said, would be to repurpose so-called “frac tanks.”

A frac tank typically holds water or a chemical mixture known as frac fluid before it gets pumped into a new well that is being built.

“The low level of spending on new oil wells means that there are plenty of frac tanks sitting idle, but who says they can only hold frac fluids? What if, say, they could instead hold crude oil?” Glickman asked.

“Each frac tank can hold about 500 barrels of oil. Given enough frac tanks, you could put together a small army of small-scale crude oil storage. These tanks can be moved to a wellhead and lined up like trailers in a trailer park.”

However, rental rates for frac tanks have also reportedly jumped by up to 33% in recent weeks and Glickman warned there was little reason for firms to be optimistic about alternative storage options.

“A more conservative approach would be to simply store the oil below ground (by shutting in the well) – which is where we think the industry is heading,” he concluded.

‘Tsunami of shut-ins are coming’

However, the process of shutting in wells is considered a risky business, since it can physically damage reservoirs and may threaten the prospect of reviving future output.

A “tsunami of shut-ins are coming,” Dan Pickering, chief investment officer at Pickering Energy Partners, said via Twitter on Wednesday.

He claimed that having spoken with many public and private companies, “they’ve got their plans and are starting to turn off volumes.”

“Not surprising,” Pickering said. “But evidence the ‘market’ works faster than government, regulators or OPEC+.”

OPEC and non-OPEC allies — sometimes referred to as OPEC+ — agreed on a new supply-cut deal from May 1 in an attempt to shore up the market.

The producer group plans to remove a record 9.7 million barrels per day from the energy market for May and June.

Other nations, including the U.S., have also indicated they would also be willing to pump less oil.