OilNOWLatest News and Information from the Oil and Gas sector in Guyana
More
FeaturedNewsRegional
Updated: May 26, 2020 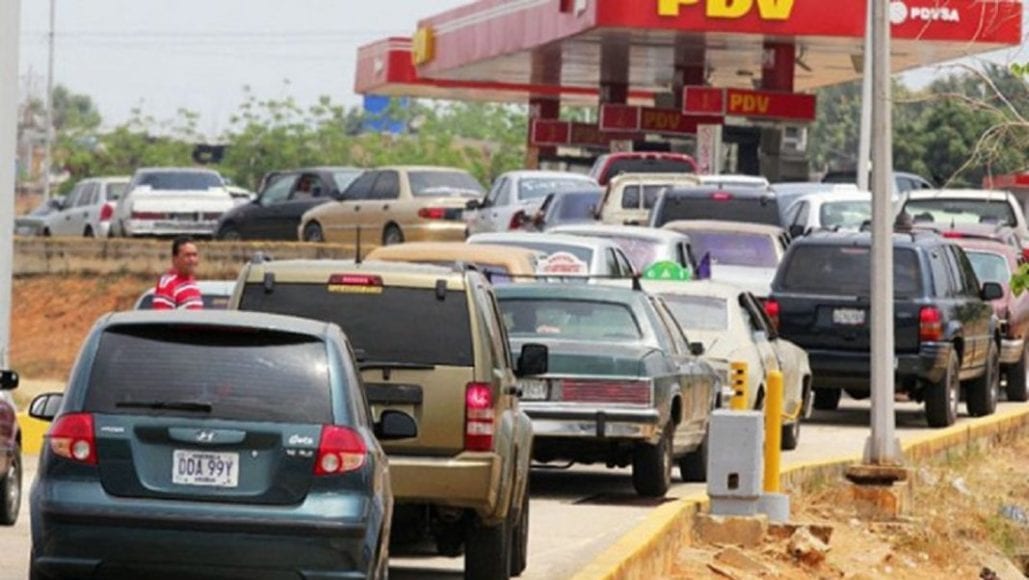 (New York Times) An oil tanker called “Fortune” has sailed into Venezuela from Iran, the first of five ships expected to arrive in a nation so starved of gasoline that the docking of a single tanker was hailed on Monday by government officials as a victory.

The move represented a deepening of economic relations between Venezuela and Iran, two pariah states run by authoritarian leaders subject to punishing sanctions by the United States government. Representatives of both nations cast the transaction as a sign of strength.

“Thanks Iran,” Venezuela’s leader, Nicolás Maduro, tweeted on Sunday, adding that amid U.S. opposition “only the brotherhood of free peoples will save us.”

A spokeswoman for the U.S. State Department, Morgan Ortagus, criticized the move, accusing the Maduro government of being a “criminal organization” that used illegally obtained gold to purchase fuel from Tehran. But she did not say whether the U.S. would attempt to block the shipments, or if it would respond with further sanctions on either nation.

Risa Grais-Targow, a Venezuela analyst at the Eurasia Group, a political risk consulting firm, said that the oil shipment highlighted the increasingly parallel economic and political goals of the two nations, as well as the U.S. government’s increasingly limited options to obstruct their relationship.

Venezuela needs gasoline and has gold. Iran has oil but needs cash. Both Venezuela and Iran are eager to punch back at the Trump administration. And the U.S. government, distracted by the coronavirus pandemic and having already issued harsh sanctions, is left with few retaliatory options beyond military intervention.

“It’s striking that the Iranians feel confident enough that the Trump administration is not going to get in their way,” Ms. Grais-Targow said, “and is willing to take this risk and come into what is traditionally thought of as the U.S. sphere of influence.”

Venezuela sits on the world’s biggest oil reserves and was once a major oil producer. But corruption, lack of investment and U.S. sanctions have destroyed the industry.

Its oil refineries are so run down that these days none produce gasoline, according to Ivan Freites, an oil union leader.

“Fortune” will be followed by “Forest,” according to the Venezuelan government, followed by three other tankers.

Together, the ships carry an estimated 1.5 million barrels of fuel, according to Francisco J. Monaldi, a Venezuelan oil expert at Rice University in Houston, citing information from the industry website tankertrackers.com.

The load is far from enough to solve Venezuela’s severe gas shortage, a longstanding crisis that has become so acute in recent weeks that people are spending days in line at gas stations — or walking miles to work. Doctors have said they cannot get to work, and women in labor have reported excruciating delays in getting to hospitals.

The tankers could supply the nation with enough gasoline for a few weeks to a month at current consumption levels, according to Mr. Monaldi, providing a small reprieve in an increasingly dire situation.

But he cautioned against seeing the Iranian shipments as a long-term solution to Venezuelan’s fuel shortage, noting that it is an excess of gasoline in Iran prompted by the country’s coronavirus quarantine that had created the “perfect” situation for the transaction.

“The Iranians, as soon as they get their quarantine lifted, they will not have the capacity to supply Venezuela with gasoline,” he said. “I don’t think it’s something that can be continued systematically.”

Venezuela and Iran have a decades-long relationship that dates at least to the government of Hugo Chávez, Mr. Maduro’s predecessor and the architect of Venezuela’s socialist state, who became president in 1999 and died in 2013. Under Mr. Chávez, Iranians ran car factories and cement plants, and built thousands of homes in the South American nation.

In the last few years, as Venezuela’s economy has declined, many Iranian businesses there shut down, and the ties between the two countries had become more political and symbolic.

The oil shipments, said Ms. Grais-Targow, represent “the most material support that we’ve seen, at least in recent years.”