OilNOWLatest News and Information from the Oil and Gas sector in Guyana
More
FeaturedNews
Updated: June 30, 2017 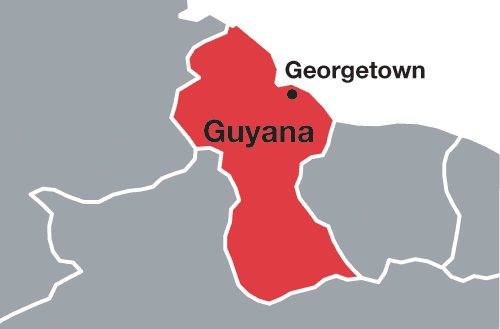 The International Monetary Fund (IMF) said that Guyana’s external outlook remains favourable and is expected to improve with the start of oil production.

The IMF Staff Country Report for Guyana, released on June 28, says the commencement of oil production in 2020 will swing Guyana’s current deficit into a ‘persistent’ surplus boosted by a significant increase in exports. “It will also increase official reserves significantly,” the report stated.

It pointed out that since the economy is vulnerable to external shocks and domestic challenges remain, it is important to preserve macroeconomic and financial stability while making growth more broad-based and inclusive.

The IMF Directors welcomed the Guyana Government’s plans to establish a comprehensive framework for managing oil wealth. They stressed the importance of having a transparent and rules-based framework in place prior to the commencement of oil production. “Most Directors supported staff’s recommendation for a moderate fiscal consolidation to slow debt accumulation and safeguard against adverse shocks before the onset of oil production,” the report said.

The report stated that while oil will have a large impact on GDP, it will have a much smaller impact on GNP. “The main direct effect on the domestic economy will be through fiscal revenue. The revenue-sharing agreement sets the government’s share at 50 percent of “profit oil.” With 75 percent of total oil revenues initially allocated for “cost recovery,” the government’s share is only 12.5 percent, but will increase significantly after Exxon Mobil and partners recover their initial upfront investment,” the report said.