OilNOWLatest News and Information from the Oil and Gas sector in Guyana
More
FeaturedNews
Updated: December 5, 2020

The team, led by FMG’s Deputy Chief Executive Officer (CEO) Julie Shuttleworth held a meeting with Guyanese officials at the Ministry of Foreign Affairs and International Cooperation to discuss projects related to the Low Carbon Development Strategy, including the Amaila Falls Hydropower Project. The focus on the hydropower project relates to harvesting renewable energy to facilitate investment in new green industry products such as ammonia, hydrogen, fertilizers and metals for both local and foreign markets.

“They are looking to use some of the energy from the Amaila Falls project to produce a number of those downstream products,” Peter Ramsaroop, CEO of GO-Invest, told OilNOW. Ramsaroop along with Guyana’s Minister of Natural Resources, Vickram Bharrat and Foreign Secretary, Robert Persaud met with the FMG team.

Fortescue, through Fortescue Future Industries (FFI), is building a portfolio of renewable energy producing assets around the world and has already signed preliminary deals with other countries. Its team of executives has also been looking for other partners.

“Like any other project, we will give them the opportunity to come and do their own research,” Ramsaroop said. 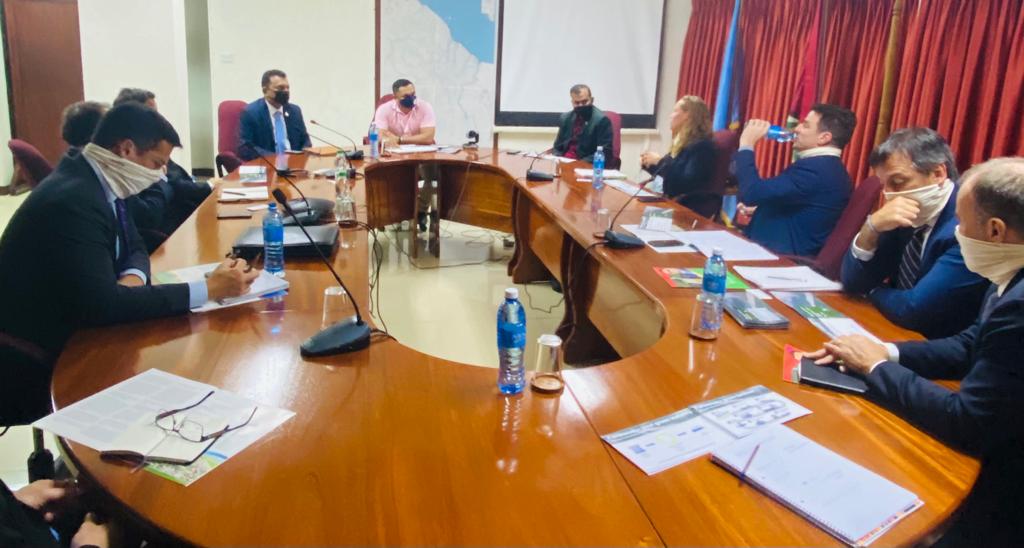 As a large consumer of energy, Fortescue said it has committed to an industry-leading carbon emissions target of net zero operational emissions by 2040. To achieve this, it is investing in practical initiatives such as the development of wind and solar energy, as well as gas and battery storage hybrid projects to displace its current thermal generation. It is also investigating the next phase of hydrogen and battery electric vehicle mobility.