OilNOWLatest News and Information from the Oil and Gas sector in Guyana
More
DiscoveriesExplorationFeaturedNewsRegional
Updated: April 12, 2022 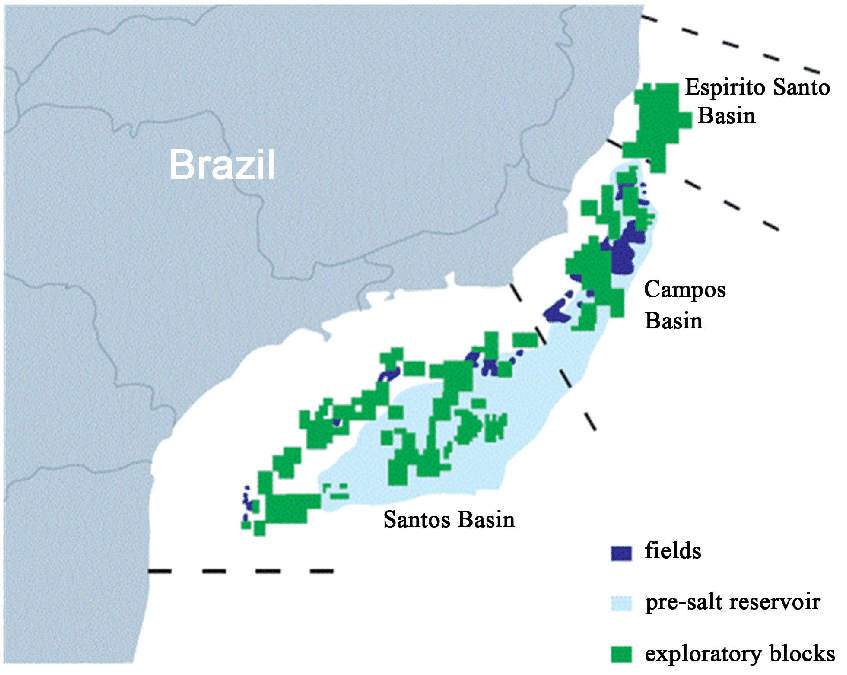 Brazilian state-run oil company Petrobras recently announced the discovery of a new accumulation of oil in the pre-salt of the southern part of the Campos Basin in a pioneer well in the Alto de Cabo Frio Central block.

The Well 1-BRSA-1383A-RJS (Alto de Cabo Frio Central Noroeste) is located 230 km from the city of Rio de Janeiro-RJ, in a water depth of 1,833 meters, Petrobras said in its release.

The oil carrier interval was verified by means of electrical profiles and oil samples, which will later be characterised by laboratory analysis.

“The consortium will continue the drilling operations of the well to the final depth, originally planned, in order to evaluate the dimensions of the new accumulation, in addition to characterizing the quality of the fluids and reservoirs found,” the company said in the statement.

The Alto de Cabo Frio Central block was acquired in October 2017, in the 3rd bidding round of the National Agency for Petroleum, Natural Gas and Biofuels (ANP), under the Production Sharing regime, with Pré-Sal Petróleo S.A. (PPSA) as manager.

Petrobras is the operator of the block and holds a 50% stake, in partnership with BP Energy do Brasil Ltda. (50%). Petrobras and its partners currently produce about 1.5 million barrels of oil equivalent (oil + gas) per day in the pre-salt.