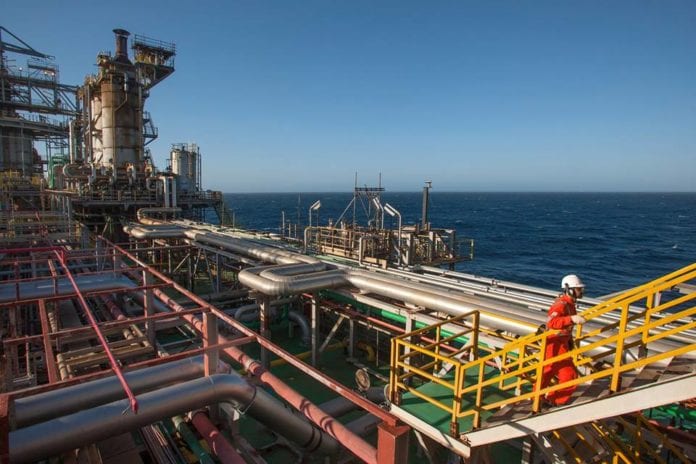 (Zacks) Petrobras PBR and minority partner Chevron CVX announced plans to sell their stakes in the Papa-terra deep-water oilfield located in Brazil’s Campos Basin. Per Petrobras, the plan is in sync with its strategy to cut costs and improve capital allocation. Although the asset has a complex geology, the Brazilian oil giant stated it to be offered on attractive financial terms. Petrobas has a 62.5% operating interest in the project, while Chevron owns the remaining 37.5% stake.

Located at a water depth of 1,200 meters, Papa-terra field is part of the BC-20 concession. The oil field came online in 2013 and produces oil as well as gas through two offshore platforms — P-61 type Tension Leg Wellhead Platform and P-63 type Floating Production Storage & Offloading. Per the company, Papa-Terra’s average production in 2019 stood at 17,300 barrels of oil equivalent per day (BOE/D).

The latest sales offer is part of the company’s strategy to regain financial footing by selling assets and curtailing debt, as it continues to struggle post the breakout of a major corruption scandal years ago, where it had accepted bribes from construction firms in return for awarding them contracts at inflated prices.

Petrobras has targeted to sell assets worth $20-$30 billion over the next five years under its 2020-2024 investment plan. Last month, it had put the Golfinho and Camarupim fields up for sale. Assets sales are part of the company’s portfolio optimization strategy, where it has previously put over 100 mature onshore and shallow-water offshore fields on the auction block. Although some of the areas were sold previously or are still in the sales process, divestiture of the deep-water oilfield in Campos Basin marks Petrobras’ sale of higher-quality mature assets that still hold some upside.

Apart from massive oil fields like Roncador and Marlim, Petrobras wants to shift its focus from many of its heavy oil legacy assets to the development of the larger subsalt fields, where production from a single well can average more than 40,000 barrels of oil equivalent.

As for Chevron, during the first quarter of 2019, it sold its majority ownership stake in Brazil’s Frade field to Petro Rio, leaving Papa Terra as its last mature asset held in Brazil.