OilNOWLatest News and Information from the Oil and Gas sector in Guyana
More
FeaturedNews
Updated: July 27, 2021 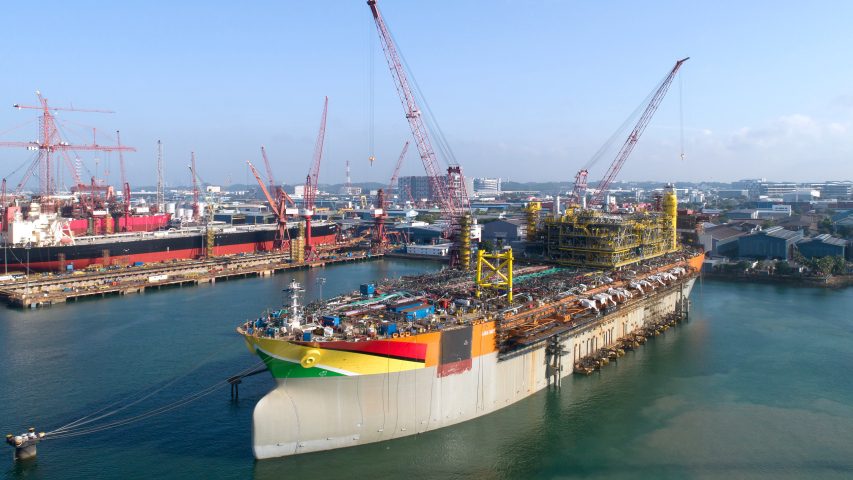 Authorities in Guyana remain steadfast on bringing on stream the Petroleum Commission and Local Content Policy, two crucial elements of Guyana’s regulatory framework for the oil and gas industry. This was recently highlighted by Minister of Natural Resources, Vickram Bharrat, during an interview with OilNOW.

With respect to the Petroleum Commission, he said the draft legislation is still at the Attorney General’s (AG) Chambers but contended that the government is still adamant about having this realized by year-end.

“It is something we want to see happen,” Mr. Bharrat said. “And while we have not looked at the staffing as yet for the Commission, let me say that at the ministry, our Petroleum Department has people who have studied overseas and recently returned with qualifications in geophysics, economics, and the legal area. We have a well-rounded, young team and I would see most of these people, if not all of them, going over to the Petroleum Commission.”

As to who would head this critical portfolio, he said this is yet to be discussed. “I would not jump the gun, but we believe Guyanese should be considered first, once they have the experience and knowledge for the post,” he noted.

As for the Local Content Policy, Mr. Bharrat said the document is in the process of being finalised. In this regard, he said the second draft is being examined with a view to having a realistic schedule of targets and timeframes included for companies.

He said, “If we are going to tell the company that all the geophysicists or Reservoir Engineers must be Guyanese, that won’t be possible right now. I don’t believe we have more than two or three trained Reservoir Engineers in Guyana right now, but the cooks, the cleaners, the chefs, the security personnel, all of these should be 100 percent Guyanese. You don’t have to be trained technically for that.”

He further added, “So these categories we are saying Guyanese can do it and for the more technical jobs, we are saying, give us a percentage now and as time progresses, we want that percentage to increase because by then we will build capacity.”

The government expects to have the policy in place by year-end while simultaneously working on the accompanying legislation. In this regard, Mr. Bharrat said, “We have people who were part of the same Local Content team the President had commissioned. They will be assisting alongside the AG Chambers on putting together the local content legislation.”

It was last year August that President Irfaan Ali appointed Mr. Shyam Nokta (Chair), Mr. Carl Greenidge, Mr. Anthony Paul, Mr. Kevin Ramnarine, Mr. Carville Duncan, and Mr. Floyd Haynes, to serve on the country’s Local Content Panel. The team was required to engage stakeholders on the best elements to be included in Guyana’s policy which would maximize opportunities for the procurement of goods and services produced by Guyanese as well as the training and employment of citizens.

That report was submitted following which the Ministry of Natural Resources engaged in broad-based consultations with stakeholder groups to help inform the finalisation of a policy.