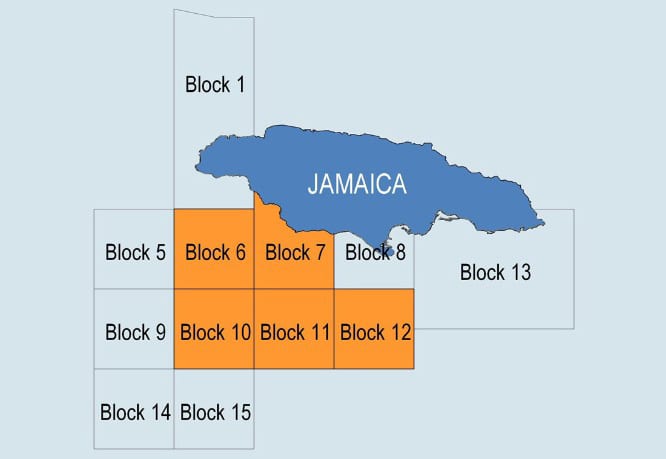 The probability of finding oil offshore Jamaica improved to a one-in-five chance of success, based on an independent report utilising 3D data, the Jamaica Gleaner reported on Wednesday.

“This is a standout outcome,” said Brian Larkin, CEO of United Oil & Gas in his assessment of the report. He explained that the 3D mapping offshore Jamaica outlined more reserves than the 2D mapping, which is uncommon in the oil industry.

The “geological chance of success” has risen from 16 per cent to 20 per cent, according to charts accompanying the Competent Person’s Report prepared by ERC Equipoise Limited, ERCE, covering the Walton-Morant licence offshore Jamaica.

“The next step for Colibri (Walton-Morant licence) would be making the decision to drill what could be a transformational well for United and with this in mind we are working closely with Tullow on a forward plan for the Licence,” said Larkin in his assessment of the report.

According to the Gleaner, United Oil & Gas added that 229 million barrels is seen as adequate particularly for medium-sized firms to drill. ERCE was commissioned to update its 2017 volumetrics for the undrilled prospect following the acquisition of 2,250 square kilometres of state-of-the art 3D seismic data collected in May 2018, the company said.

Tullow Oil holds the rights to search for oil off the coast of Jamaica. Its partner United Oil & Gas holds a 20 per cent equity stake in the project. Both companies are based in the United Kingdom.

The Petroleum Corporation of Jamaica, the government agency responsible for overseeing oil exploration, sees the report as a positive development, but was careful not to read too much into its implication.

“The findings of the Competent Person’s Report are positive and the PCJ remains cautiously optimistic while we await the full findings from the 3D Seismic Survey carried out in 2018,” said the agency led by group managing director Winston Watson.

“These findings will ultimately influence the decision to drill a well,” PCJ said.

“We have already seen considerable industry interest in the Walton-Morant licence. This Competent Person’s Report and the ongoing seismic interpretation will provide additional impetus to the joint farm down process which we are confident will allow United to participate in this licence at a low-cost exposure, while continuing to offer considerable potential upside for shareholders,” the company said.

“Gross unrisked mean prospective resources of 229 million barrels are eye-catching, particularly for a company of our size. While not included in this Competent Persons Report, we have identified a number of other structures which we believe would be significantly de-risked were a well targeting Colibri to be successful,” Larkin added.

Jamaica government urged to get out of the refinery business