OilNOWLatest News and Information from the Oil and Gas sector in Guyana
More
FeaturedNews
Updated: July 12, 2017 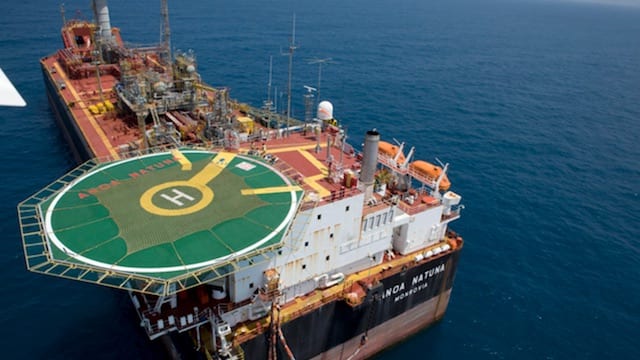 Premier Oil, together with its joint venture partners Talos Energy (Operator) and Sierra Oil & Gas, announced Wednesday that the Zama-1 exploration well in Block 7, offshore Mexico, has made a world class oil discovery. The Zama-1 well is the first offshore exploration well drilled by the private sector in Mexico’s history. Premier holds a 25 per cent interest in the block.

According to Premier Oil, preliminary analysis indicates:
• Initial gross original oil in place estimates for the Zama-1 well are in excess of 1 billion barrels, which could extend into a neighbouring block
• A contiguous gross oil bearing interval of over 335 metres (1,100 feet), with up to 200 metres (650 feet) of net oil bearing reservoir in Upper Miocene sandstones with no water contact
• Initial tests of hydrocarbon samples recovered to the surface contain light oil, with API gravities between 28° and 30° and some associated gas

The well was spudded on May 21 utilizing the Ensco 8503, a moored floating drilling rig. Located in 166 metres (546 feet) of water and approximately 60 kilometres (37 miles) offshore Dos Bocas, it has reached an initial shallow target depth of 3,383 metres (11,100 feet). The Operator is currently setting a liner to protect the discovered reservoirs, prior to drilling deeper exploratory objectives to a total vertical depth of approximately 4,200 metres (14,000 feet).

Tony Durrant, Chief Executive of Premier Oil, said, “We are delighted to be announcing this significant new oil discovery offshore Mexico. We have encountered a very substantial oil bearing interval which indicates over 1 billion barrels of oil in place, a commercial standalone development which adds materially to Premier’s portfolio of assets worldwide. It is particularly pleasing that our strategy of focusing our exploration portfolio on high impact opportunities in proven but under-drilled basins has led to this world class discovery with our first well in Mexico.”

The oil discovered in the Zama-1 well is an extremely important event for Premier, the joint venture and for Mexico and we look forward to working with the Government and our partners to realise the full potential of this exciting discovery.”