OilNOWLatest News and Information from the Oil and Gas sector in Guyana
More
FeaturedNews
Updated: July 9, 2021 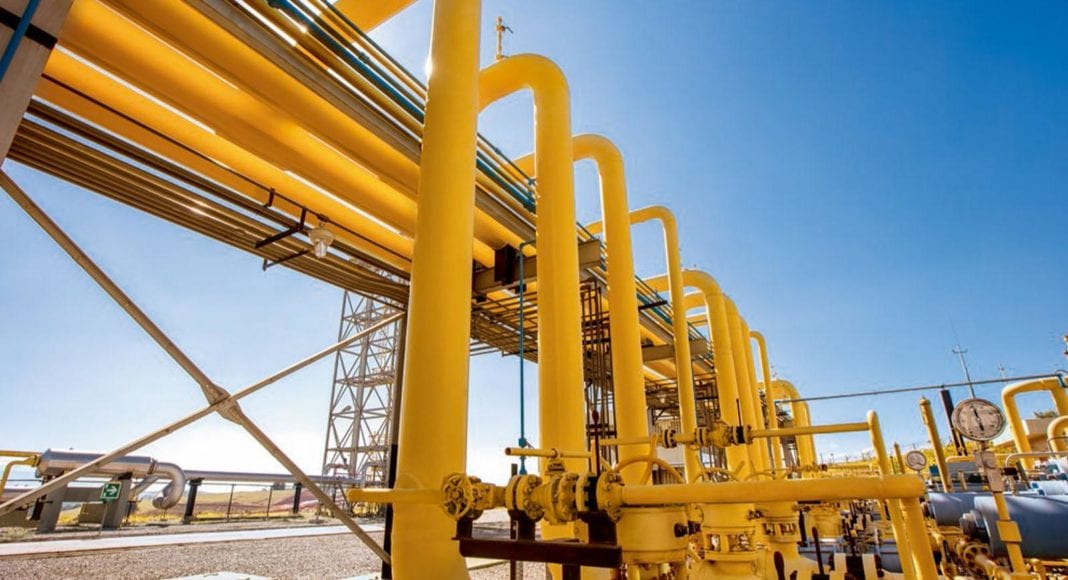 Guyana’s Environmental Protection Agency (EPA) on Thursday, July 8, kicked off its first virtual public scoping meeting on the proposed US$900 million gas-to-energy project, emphasising the need for members of the public to share their concerns and recommendations, which will help to determine the Terms of Reference (TORs) and scope for the Environmental Impact Assessment (EIA) to be completed.

The proposed project would bring associated gas from ExxonMobil Guyana-operated projects offshore (Liza Phase 1 and 2) via pipeline to onshore gas processing facilities. The pipeline would transport up to ~50 million standard cubic feet per day of natural gas to the facilities. Maximum flow of the pipeline is approximately 120 MSCFD.

The EIA process will evaluate potential environmental and socioeconomic impacts, propose strategies to manage or mitigate impacts, identify project benefits, and provide the factual and technical basis to make an informed decision on Exxon’s application for environmental authorisation.

The scoping session saw the attendance of more than 90 persons, including stakeholders from Conservation International Guyana, WWF Guianas, Policy Forum Guyana, Ministry of Public Works, members of the public, and other stakeholders.

Several concerns were raised by attendees with the EPA. One participant, Mr. David Modeste, questioned the outcome of the meetings and whether the concerns and issues raised by citizens will be addressed. He noted that while Guyanese wish to have a say in the process, they also expect that their concerns will be dealt with in an open and transparent manner.

To this end, Candacie Brower-Thompson, EPA’s Senior Environmental Officer, said the agency is cognisant that projects of this magnitude will have an impact on the lives of citizens, and it is one of the main reasons why the decision was taken for an EIA to be conducted. Brower-Thompson noted that in determining whether a project needs an EIA or not, it undergoes a rigorous screening process after which the decision is published.

“The terms and scope are what will determine the extent of the EIA. We are always looking for ways to improve the way we interact and engage with members of the public so based on the feedback provided here today, we will make adjustments so that we can enhance our follow-up scoping meetings,” she said. “The submissions we receive here today as well as written submissions will be used [for crafting] the terms and scope of the EIA. This is why we are having sessions like these. We want to welcome the insights of the members of the public and their recommendations.”

While the EPA is required to publish its decision in at least one local newspaper for feedback, she noted that in the interest of transparency and ensuring maximum input from the public, the EPA took the step further to host scoping meetings throughout the country.

“In addition to the requirement of publishing it in the newspapers for feedback, the agency has decided to extend the public scoping meetings because there may be different issues or concerns that would be brought to the attention of the Agency through engagement with stakeholders…,” she said.

Further to this, the EPA official noted that once the EIA has been completed, the Agency is required to publish it for the public to peruse and to ensure that their concerns were addressed.

“At a later stage, we will have public disclosure sessions. At those sessions, revisions can also be made if any question or concern was missed or not dealt with in its entirety. This is also another opportunity for public engagement,” she indicated.

Several other issues were raised including the possibility of increased flaring, the location of the project, alternative options for the project, the pipelines’ connectivity, and benefits for the Guyanese people.

The first scoping meeting was held in-person on July 6 in West Coast Berbice.