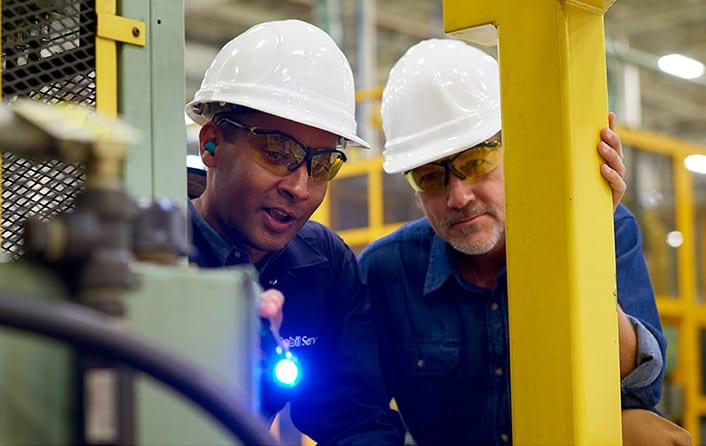 Canadian consultant Rob Strong spoke to OilNOW about local content development back in 2018, and made a comparison with the Newfoundland and Labrador oil and gas industry, which he thinks Guyana could learn from. This is what he had to say:

The need to pursue rigorous training programmes and joint venture arrangements must be seen by Guyanese as a critical step in building capacity and expanding knowledge. A Canadian consultant familiar with Guyana’s road to first oil believes that while the country’s local content strategy should be “as strong as possible” deficiencies in skills and knowledge mean much work must be done if local businesses and individuals are to benefit from the emerging oil and gas industry.

Rob Strong, who has had extensive experience working in the Newfoundland and Labrador oil and gas sector says much can be learnt from a close examination of the ‘Canadian model’ and how it was used, particularly in the area of local content.

“When discussing local benefits for Guyana, I look to the Canadian model as an excellent reference point.  In this model, there exists an excellent set of guidelines that Government has instituted to protect the rights of Newfoundland, as the host province, for full and fair opportunity and first consideration,” he said. “But, I must add that first consideration is only applicable as long as the product or service offered is competitive in market price, quality and delivery.”

Strong said at the current stage [2018] of the development and operation of Canada’s gigantic Hibernia field (1.6 billion barrels and counting); almost 100% of those that work offshore with Exxon’s “jewel in the crown” are residents of Newfoundland and Labrador. Oil was first discovered at Hibernia in 1979 and development of the field began in 1986.

“And, as one who has had some 40 years’ experience, I would argue that the achievement of these high percentages came about as a result of a strong emphasis in the early days on local content. This emphasis on local content legislation should be critical to Guyana,” he stated.

Strong was quick to point out however, that jobs and business surrounding the development of Newfoundland offshore resources did not come overnight.

“But – and there is always a but – we should never forget that first consideration for employment as well as the supply of goods and services is contingent upon being competitive in terms of market price, quality and delivery,” he said.

This is particularly critical in today’s environment of lower world prices for oil and gas.  Oil companies need to have assurances that Guyana is competitive with other areas of the world, he pointed out.  “One must never forget that oil is a commodity and can be produced in areas of the world that are more competitive.”

He further stated, “What it means (or at least to me) is that the local content strategy being developed by Guyana should be as strong as possible but it must recognize the fact that Guyana is ill-prepared to achieve a high level of local content at the present time. You note that I say “at the present time” as present-day Guyana finds itself exactly where the supply and service community in Newfoundland and Labrador was some 40 years ago.”

But Strong is confident that this will change over time.

“Many people ask me how Guyana can achieve what we did here in eastern Canada. My first suggestion relates to the training of not only Guyanese residents to work offshore, but also to the businesses who hope to capture opportunities related to the servicing of Liza 1 and other developments that will follow,” he said.

This was achieved in Newfoundland by the implementation of what Strong describes as “practical training programs” developed in consultation with the industry – both at the university level, as well as at the trades level.

“These programs were often extensively subsidized by our government.  Not only were the educational institutions subsidized, but also subsidies were extended to the trainees,” he said.

Many of these joint ventures, he stated, contained an exit clause which was triggered after a number of years thus allowing the local company to eventually hold 100% of the business.

Trade missions and ongoing business to business engagement between the Guyanese private sector and their counterparts in countries such as Canada and Trinidad and Tobago have seen a move in this direction.

It is expected, both by stakeholders in Guyana and further afield, that such initiatives will continue to increase in a way that ultimately sees the South American country develop a robust local content regime to service what is set to become a leading petroleum industry in the region.

Royal Dutch Shell is looking to slash up to 40% off the cost of producing oil and...
Read more
News

Royal Dutch Shell is looking to slash up to 40% off the cost of producing oil and gas in a major drive...
Read more