OilNOWLatest News and Information from the Oil and Gas sector in Guyana
More
FeaturedNewsRegional
Updated: March 26, 2019

Russia is sending troops and military equipment to Venezuela 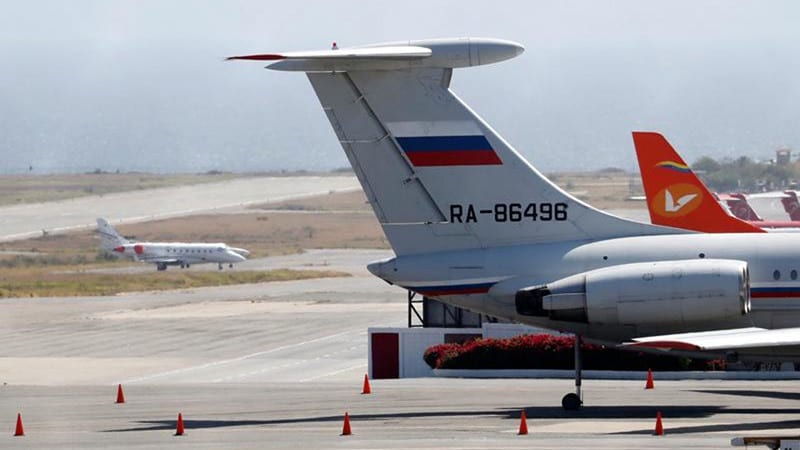 An official in Caracas said Monday that members of Russia’s military were in Venezuela for talks about training and strategy, the Guardian reported.

Venezuelan journalist Javier Mayorca reported on Twitter that a Russian air force Antonov-124 cargo plane arrived at Maiquetia airport over the weekend. A smaller Ilyushin IL-62 passenger jet also landed. Mayorca said a Russian defense official led some 100 troops off one of the aircrafts. Several tons of equipment were also unloaded. Pictures of the deployment were posted online.

Moscow is a key ally of the regime of President Nicolas Maduro, who has come under increasing pressure from Washington and European states to step down. Maduro has faced mounting international pressure in recent months amid an escalating power struggle with opposition leader and self-declared interim president Juan Guaidó. The opposition has mobilized around widespread dissatisfaction with Maduro, who has overseen a collapsing economy and hyperinflation that has led to widespread hunger in the country.

But Maduro has found a powerful ally in Russia, which has long supplied Caracas with financial backing for its oil and gas industry and has bolstered the Venezuelan military with equipment.

The two countries held joint military exercises as recently as three months ago, a move that angered Washington fearful of Moscow gaining a strategic toehold in South America.

Along with China, Russia is one of the few countries to oppose international sanctions placed on Venezuela by the U.S., while Moscow has condemned the international push to remove Maduro in favor of opposition leader Guaidó — the self-declared interim president.

Maduro has accused Guaidó of fronting a U.S. backed coup, a line parroted by Moscow. In February, U.S. president Donald Trump warned that “all options” remain on the table in dealing with Venezuela, including the use of military action.