OilNOWLatest News and Information from the Oil and Gas sector in Guyana
More
FeaturedNews
Updated: November 7, 2017 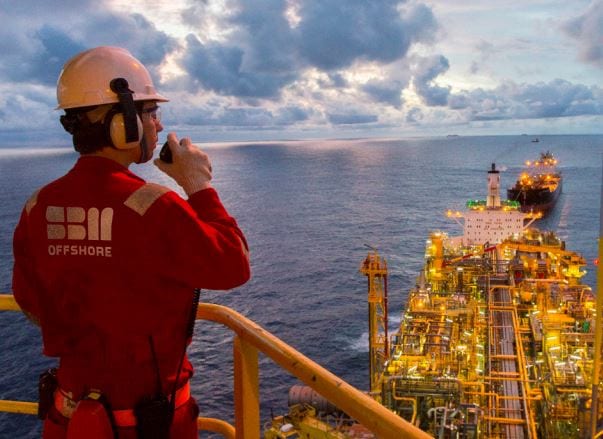 Dutch floater specialist, SBM Offshore, the same company contracted by ExxonMobil affiliate Esso Exploration & Production Guyana Limited to build an FPSO, has been caught up in corruption cases in Brazil that are now proving to be costly.

The company said a Brazilian investigation into its role in corruption cases had not been resolved and set aside an additional $238 million provision on Monday to cover costs from an unexpected U.S. inquiry.

Reuters reports that the company has also been forced to suspend its involvement in tenders with Brazilian oil company Petrobras (PETR4.SA), a major customer.

Shares fell 10 percent to 13.96 euros at 0930 GMT, wiping out gains made this year when investors believed the builder of floating oil and gas platforms had settled the issue.

The scandal blew up in 2012 after the company said it had uncovered “improper sales practices.”

SBM paid $240 million to Dutch authorities in 2014 to settle the Latin American bribery case and had set aside another $280 million last year to settle related issues in Brazil.

But it announced on Monday that the Brazilian case remained unresolved.

It also said it had taken an additional $238 million provision ahead of a settlement with U.S. authorities, both for the Brazil investigation and an separate investigation into its dealings with Monaco-based Unaoil.

Chief Compliance Officer Erik Lagendijk said a prospective settlement with the U.S. Department of Justice would settle issues there “forever and a day.”

Lagendijk said in a statement that since 2012 SBM had “completely changed its business model and ways of working.”

“Although it appears that the company can likely reach a resolution with the DoJ (U.S. Department of Justice) and thus make an important step towards closure of the past … no global solution to bring finality is currently available,” he said.

Chief Financial Officer Douglas Wood said the company has enough cash on hand to pay U.S. authorities once a settlement deal is finalised, but it would only detail implications for shareholders and dividends later.

In Brazil the picture is less clear.

The company said earlier this year it was cleared to do business in the country and that it was participating in two tenders, leading to a major re-rating of shares. Brazil previously represented 60 percent of its business.

On Monday it said those tenders had been moth-balled, and until a settlement is reached it will not participate in further tenders for Petrobras.

The company offered a detailed explanation of its legal situation in Brazil where the courts have challenged aspects of its settlement agreements and it has no guarantee that any settlement would actually cap its liabilities.

The company did not set aside any new provision for Brazil.

In the 2014 settlement, Dutch prosecutors said payments made with the cooperation of SBM employees constituted “the indictable offence of bribery.”

That settlement precluded the company and its officials from being prosecuted in the Netherlands, but did not rule out the possibility they could be indicted elsewhere.

SBM said in Monday’s statement that “individuals” and former executives could still be prosecuted.

SBM is due to report third quarter earnings on Wednesday.

SBM Offshore is performing the Front End Engineering and Design for the FPSO; Liza Destiny, and will install and operate the vessel by late 2019, which will bring first oil for Guyana.