OilNOWLatest News and Information from the Oil and Gas sector in Guyana
More
ExplorationFeaturedRegional
Updated: July 14, 2019 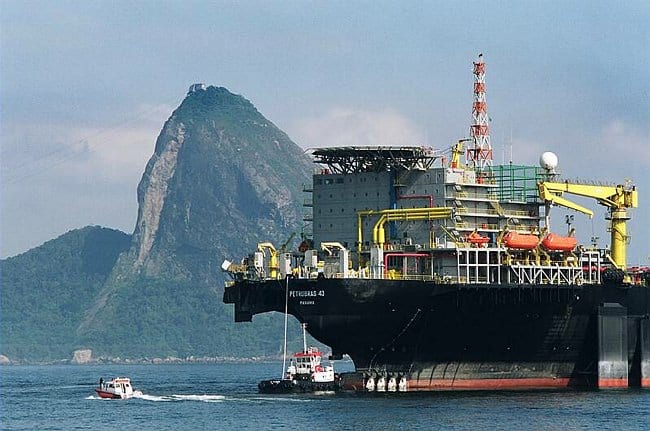 SBM Offshore has signed a Letter of Intent (LOI) together with Petróleo Brasileiro S.A. (Petrobras) for a 22.5 years lease and operate of FPSO Mero 2, to be deployed at the Mero field in the Santos Basin offshore Brazil, 180 kilometers offshore Rio de Janeiro.

The Libra block, where the Mero field is located, is under Production Sharing Agreement to a Consortium comprised of Petrobras, as the Operator, with 40 percent, Shell with 20 percent, Total with 20 percent, CNODC with 10 percent and CNOOC Limited with 10 percent interest. The Consortium also has the participation of the state-owned company Pré-Sal Petróleo SA (PPSA) as manager of the Production Sharing Contract.

SBM Offshore will design and construct the FPSO Mero 2 using its industry leading Fast4WardTM program as it incorporates the Company’s new build, multi-purpose hull combined with several standardized topsides modules. This means that two out of three Fast4WardTM hulls currently under construction have now formally been allocated to projects.

“The signing of this Letter of Intent demonstrates again that SBM Offshore has started a new era of growth. Not only does this award represent the Company’s re-entry in Brazil, one of the most important markets for the Company with one of our key customers, it also re-confirms the competitiveness of our Fast4WardTM concept while expanding its geographical reach,” Bruno Chabas, CEO of SBM Offshore commented.

Meanwhile, Eduardo Chamusca, SBM Offshore Brazil Country Manager said, “We at SBM Offshore Brazil are very excited with the winning of this important project. We see this as the start of a new growth phase in one of SBM Offshore’s home markets, supported by around one third of SBM Offshore’s global manpower in Brazil. The FPSO Mero 2 represents a new generation of complex pre-salt FPSOs and as such is extending our significant experience base and track record in country. The team in Brazil is ready to support flawless execution of this project and ensure reliable operations for its lease period thereafter. Energy. Committed!”