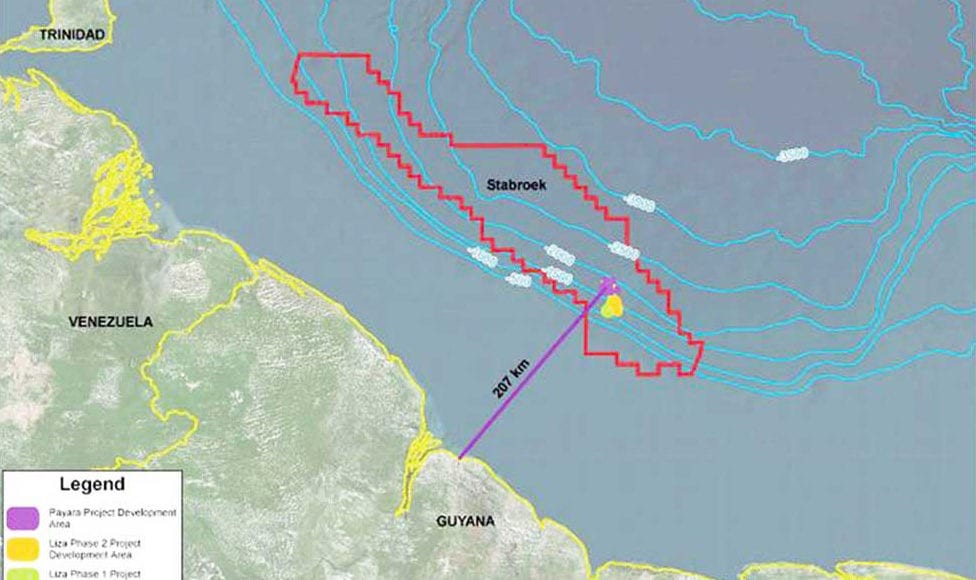 New oil producer Guyana will see the highest level of exploration activities unfolding over the next ten years, which,...
Read more

Hess Corporation, a 30 percent stakeholder in Guyana’s Stabroek Block, has said the South American country is a major...
Read more
OilNOW
OilNow is an online-based Information and Resource Centre which serves to complement the work of all stakeholders in the oil and gas sector in Guyana.

Guyana Government approval of the 220,000 barrels per day Payara Development Project by September is being viewed as “very important” if ExxonMobil is to capitalize on a crucial window of opportunity to get the project going without further delays.

The project was initially expected to be sanctioned last year, with a startup in 2023 but has been facing government approval challenges for several months as an electoral crisis in the South American country deepens.

“Everything we and the partners can do to progress Payara on schedule, we are doing and we’ve done,” Neil Chapman, Senior Vice President of ExxonMobil Corporation told investors Friday on the company’s Q2 earnings call, signaling the ball is now in the Guyana government’s court to get the project moving. “I’ve said to our organization many times, we need to be ready to move as soon as the government is ready. And we are ready. We’re ready to FID this project, but we need an approved development plan, and that approved development plan needs to come from the government.”

Last year, Bayphase Ltd. was hired by authorities in Guyana to conduct an in-depth review of the Payara field development plan (FDP). Director of the Department of Energy (DE), Dr. Mark Bynoe had told reporters DE was aiming to be able to recommend a position to President David Granger on the FDP by March 2020.

Responding to queries from OilNOW earlier this year on the status of this recommendation, Dr. Bynoe had said it is being evaluated. “In view of recent national and international events, the recommendation to His Excellency President David A. Granger, Minister with responsibility for the Petroleum Sector on the Payara Development, remains under evaluation,” he said in an email response on April 8.

The almost 5-month delay in the conclusion of elections held since March 2 and installation of a new government is becoming of increasing concern to investors looking to move forward with projects in the country.

Chapman said ExxonMobil remains in contact with both the government and opposition party, both sides of which he said want to progress the Payara development.

“What we continue to stress to the government is that if the project does get delayed, it’s a loss of value to the country, and they understand that,” he said.

Norway-based Rystad Energy has said the delays have already removed more than 50 million barrels of production that could have been achieved by 2030 if the project had been sanctioned in 2019, while Wood Mackenzie has said the delays could erode up to US$2.2 billion of overall project value and Guyana’s share value could decrease by an estimated US$4.5 billion.

“It’s very important that we get this development plan so that we can FID in the September time frame. There are weather conditions that if you…miss a certain window, it could result in delay of some months, and that’s what we’re trying to work towards,” Chapman pointed out.

The Payara Development will utilize onshore infrastructure which include shorebases, warehouses, storage and pipe yards, fabrication facilities, fuel supply facilities, and waste management facilities in Guyana, all of which stand to benefit when approval is granted for the project to move forward.

Shell and CNOOC account for bulk of Mexico’s deepwater investments

(S&P Global) Deepwater projects took the bulk of the exploration investments in Mexico during the third quarter as private...
Read more
News

Shares in UK-based Tullow Oil jumped 40 percent on Wednesday after the company announced that it received approval from the Ugandan government to sell...
Read more
News

New oil producer Guyana will see the highest level of exploration activities unfolding over the next ten years, which, according to one official with...
Read more

Shell and CNOOC account for bulk of Mexico’s deepwater investments

Shares in UK-based Tullow Oil jumped 40 percent on Wednesday after the company announced that it received approval from the Ugandan government to sell...
Read more

Leading international energy logistics provider Peterson has confirmed a project logistics services contract with OneSubsea to support their work on the Matapal project in...
Read more

“We are willing to learn, build capacity” for oil & gas...