OilNOWLatest News and Information from the Oil and Gas sector in Guyana
More
ExplorationFeaturedNews
Updated: October 30, 2020 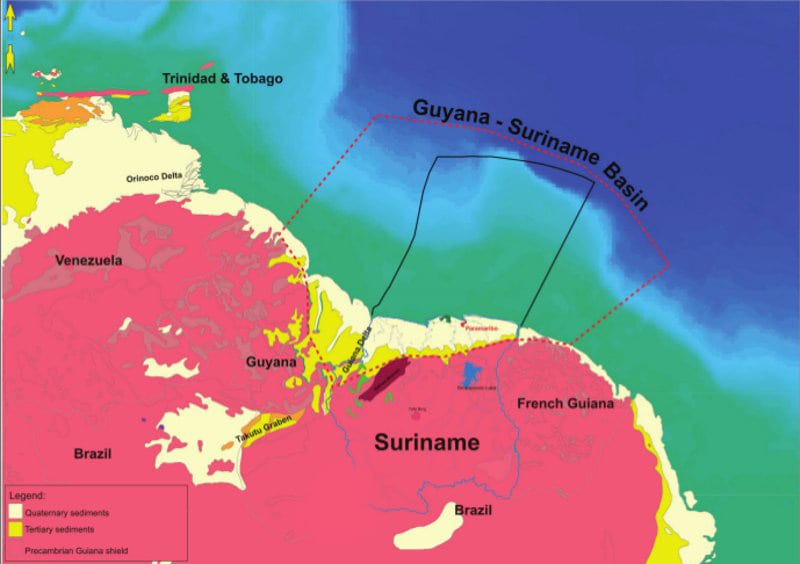 Six years after giving up its stake in the Stabroek Block offshore Guyana where operator ExxonMobil went on to make the first world class Liza discovery just months later, Shell is now looking to strike it big on the ‘Golden Lane of Oil’ where it is set to begin exploration activities in Suriname, just miles away from the prolific Stabroek block.

Rudolf Elias, CEO of Suriname’s state oil company, Staatsolie Maatschappij Suriname NV, said on a virtual panel discussion this week that among the upcoming exploration drill campaigns offshore Suriname, one is from Shell.

Explaining what this ‘Golden Lane’ is, the Staatsolie CEO said, “When you go to Liza, when you drill…all the wells that you drill, and now they are continuing in Suriname, it’s what you call the Golden Lane, every well that you drill in that lane, you find oil.” In tracking the discoveries of oil in Guyana and Suriname, he noted that the discoveries all form a path that stretches from Guyana to Suriname.

Prior to the first discovery in 2015, Shell was partnering with ExxonMobil at the Stabroek Block, but in 2014, unwilling to take the risk in the frontier basin, the company voluntarily gave away its rights to half of the entire block for a mere $1.

ExxonMobil would go on to strike it big at the Stabroek Block with new co-venturers Hess and CNOOC, making 18 discoveries to date amounting to approximately 9 billion barrels of oil equivalent resources. The company also started producing oil at the Liza Phase 1 Development last December.

In early September, Kosmos Energy announced that they had entered into an agreement with B.V. Dordtsche Petroleum Maatschappij (Shell), a wholly-owned subsidiary of Royal Dutch Shell PLC, to farm down interests in a portfolio of frontier exploration assets for approximately $100 million, plus future contingent payments of up to $100 million. Among those assets was interests in blocks offshore Suriname.