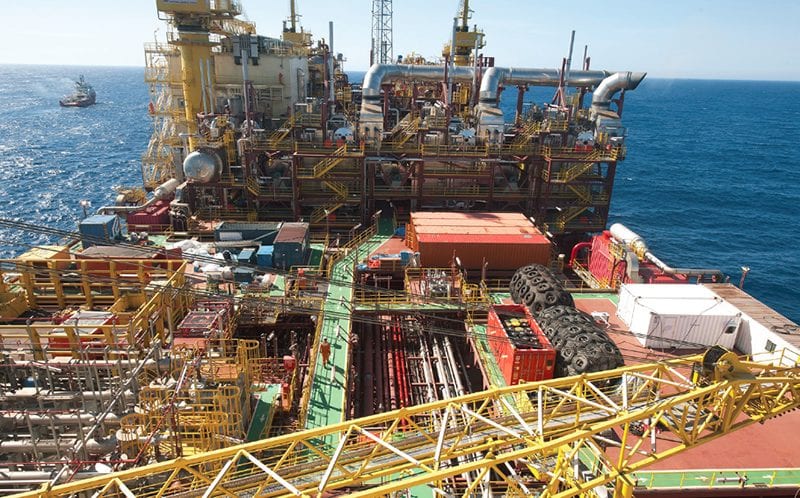 Countries which lack the necessary skills and experience in the oil and gas industry run the risk...
Read more

Guyanese Non-Governmental Organization (NGO), Women in Oil and Gas, is seeking to change age-old stereotypes about the...
Read more

The South American country of Guyana is on course to receive the highest estimated total income from...
Read more
OilNOW
OilNow is an online-based Information and Resource Centre which serves to complement the work of all stakeholders in the oil and gas sector in Guyana.

(S&P Global) On the precipice of a production boom that could transform its struggling economy, Guyana has attracted the drill bits of some of the largest international oil companies in recent years.

Now, amid a collapse in global oil demand that has devastated crude prices and forced producers to make massive capital spending cuts, analysts say some projects in Latin America are no longer economical and will be delayed or suspended. In addition, the outcome of Guyana’s March 2 presidential election is still unknown and could affect the country’s production-sharing contract with majors Exxon Mobil Corp. and Hess Corp.

Both companies, though, have a long-term view of the hot oil-rich frontier region off the coast of South America and will not be deterred. More than 8 billion barrels of recoverable oil have been discovered in the region’s Stabroek Block so far.

Schreiner Parker, vice president for Latin America at Rystad Energy, told S&P Global Market Intelligence in an April 8 phone interview that “if you take the political mess out of this, Guyana is still a very attractive base.” 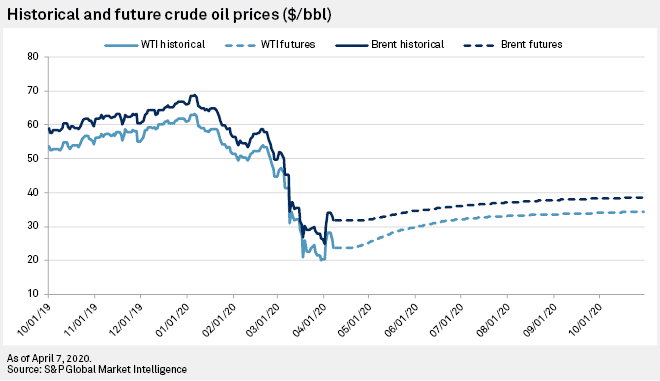 Oil at below breakeven costs

Since the start of the year, global oil prices have plunged more than 50% as the coronavirus pandemic sapped demand and Saudi Arabia and OPEC increased supply, with the benchmark Brent crude settling the April 9 session at $31.48 per barrel.

Projects to recover as much as 16 billion barrels of oil reserves across Latin America, pegged at a breakeven cost of about $40/bbl, could be delayed or abandoned in the depressed oil price environment, consultancy firm IHS Markit wrote in an April 6 report. These projects all have final investment decisions, or FIDs, expected between 2020 and 2022.

For global projects already in the development pipeline, only those companies with the strongest balance sheets — the oil majors — will even consider making FIDs, according to analysts with Wood Mackenzie.

“Projects with financially stretched partners and at the higher end of the cost curve will struggle,” Wood Mackenzie said in an April 2 research note, adding that “advantaged deepwater oil” in regions such as Guyana will move ahead.

Exxon, which announced plans April 7 to tamp down spending this year by $10 billion in light of the oil price crash, said output from the Stabroek Block’s Liza 1 project has not been affected. Liza 1, which came online in December 2019, has a production capacity of 120,000 boe/d and a breakeven cost of $37/bbl, Parker said.

Parker expects that the FIDs for two other Stabroek discoveries, Payara and Pacora, could be delayed well into the second quarter.

“In terms of new field sanctioning — Payara and Pacora in the coming months and Hammerhead over the next 12-18 months — even though the breakeven oil price for these projects is between $30/bbl and $40/bbl, the uncertainty regarding short-term and the long-term crude prices will prevent Exxon from rushing into the FIDs,” Parker said.

Exxon operates Stabroek Block with a 45% stake and had projected that about 750,000 barrels of oil equivalent per day could be flowing from it by 2025.

“We don’t see Exxon turning off the taps, provided that there are export tankers and buyers in the oversupplied market in the very short term,” Parker said. “Aside from pushing to the right on some sanctioning, they want to be in Guyana for the long haul.”

Exxon partner Hess is also keeping calm and carrying on with its plans in Guyana. Hess, which holds a 30% interest in Stabroek, plans to reduce its 2020 budget by $800 million to $2.2 billion.

Under its new capital spending plan, most of Hess’s discretionary and offshore drilling activities, with the exception of those in Guyana, will be suspended. Hess had planned to spend $860 million in Guyana this year.

“Our focus is on preserving cash and protecting our world-class investment opportunity in Guyana,” Hess CEO John Hess said March 17.

Hess, Exxon and third partner China National Offshore Oil Corp., which holds a 25% interest in Stabroek, have an oil production-sharing contract with the government of Guyana that analysts say remains well insulated regardless of the eventual outcome of the country’s election, which observers said showed evidence of fraud.

The contract includes a 2% royalty on gross earnings and a 50% split of profits after the recovery of the initial costs of investment. Under the cost-recovery ceiling portion of the deal, 75% of production will initially be allocated to the three companies. The remaining 25% will be equally split between them and Guyana, for a 12.5% share.

Opposition candidate Irfaan Ali has called for the country’s oil production-sharing contracts to be reviewed so Guyana is afforded a fairer shake.

Incumbent President David Granger declared victory over Ali, but the dispute is expected to be locked up in the courts for some time.

However, analysts said both parties understand the benefits of stable contracts that inject billions into the country’s oil development.

“It is pretty obvious that either party will maintain the signed contracts as they were,” Parker said.

Guyanese Non-Governmental Organization (NGO), Women in Oil and Gas, is seeking to change age-old stereotypes about the...
Read more
News

Countries which lack the necessary skills and experience in the oil and gas industry run the risk of slowing down development of...
Read more
News

Venezuela has reportedly obtained fuel from Iran in return for plane loads of gold, according to comments which have been attributed to...
Read more
News

(Reuters) - Oil prices fell on Tuesday as Europe and the United States grappled with a surge in new coronavirus infections and...
Read more

Guyanese Non-Governmental Organization (NGO), Women in Oil and Gas, is seeking to change age-old stereotypes about the way women are perceived as...
Read more

Countries which lack the necessary skills and experience in the oil and gas industry run the risk of slowing down development of...
Read more

Keppel Corporation Limited (Keppel) said Tuesday it plans to unlock value from S$3-5 billion of assets over the next 3 years as...
Read more