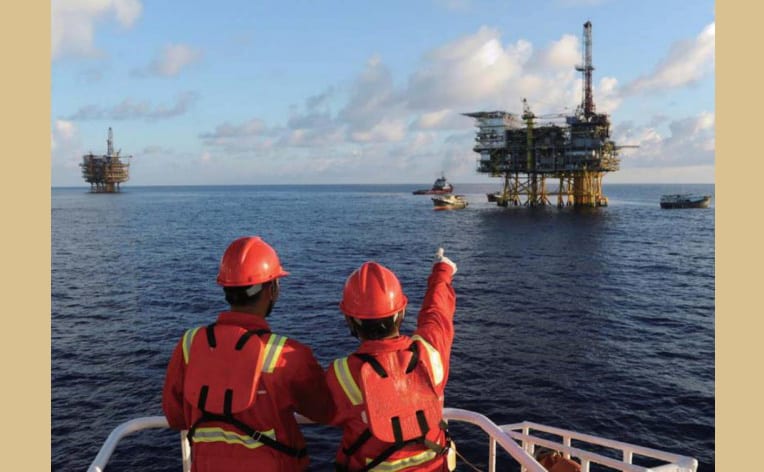 Chinese oil company CNOOC Ltd, a co-venturer in Guyana’s Stabroek Block, wants to expand in Brazil and is considering bidding in an auction of offshore exploration blocs in the pre-salt area set for later this year, the head of the firm’s Brazilian unit said last week.

According to a Reuters report, CNOOC, owned by Chinese state-owned firm China National Offshore Oil Corp, is also looking for a partner in Bloc 592 in the Espirito Santo basin which it was awarded in a previous auction, country head Sheng Jianbo said at an event in Rio de Janeiro. The company additionally owns a stake in the Libra field in the Santos basin.

Brazil is set to hold a round of pre-salt auctions on Nov. 7. It will also auction off rights to excess oil in the so-called transfer-of-rights area on Oct. 28 following the settlement of a long-running dispute with state-controlled firm Petroleo Brasileiro SA, known as Petrobras, the Reuters report stated.

“We are looking at (pre-salt auctions) and it seems like a good opportunity,” Sheng said. “We want to expand production in Brazil…this will depend on the size of the discoveries.”

Reuters said it was not clear whether Sheng was referring to the Nov. 7 or Oct. 28 auctions, or both.

According to the Reuters report, Sheng said production in the Libra field’s long-term test is 58,000 barrels of oil equivalent per day.

CNOOC recently announced in its Q1 2019 operational report that it achieved a total net production of 120.1 million barrels of oil equivalent for the first quarter of 2019, remaining stable compared to the same period last year.

During the period, the Company made four new discoveries and drilled ten successful appraisal wells. In Bohai, the new discovery Luda 25-1 is expected to be a mid-sized oil-bearing structure. In Guyana, two new discoveries, namely Tilapia and Haimara, were made in the Stabroek block, which represent the eleventh and twelfth oil discoveries achieved in the block. In addition, on April 18, the operator, ExxonMobil announced Yellowtail as the thirteenth discovery in the block.

CNOOC Limited holds 25% interest in the Stabroek Block while Hess holds 30% and ExxonMobil, the operator, holds 45%.