OilNOWLatest News and Information from the Oil and Gas sector in Guyana
More
ExplorationFeaturedNews
Updated: November 22, 2020 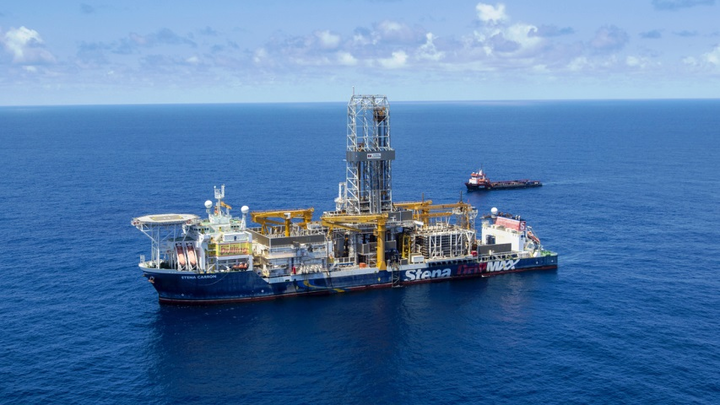 The drillship Stena Carron is set to depart the Tanager-1 well site in the Kaieteur block and will take up a new assignment at the Redtail area, back in the adjacent Stabroek block, for an exercise that is set to conclude at the end of December.

The Stena Carron recently concluded a drill campaign at Tanager-1, the deepest well ever to be drilled offshore Guyana at over 25,000 feet, where preliminary results indicate that the volume of hydrocarbons found does not justify a stand-alone development.

The Redtail-1 drill site is located approximately 103 nautical miles from the coast of Guyana and covers an area of one square kilometre. Back in September, ExxonMobil, operator at the Stabroek block, announced that it had hit pay at the Redtail prospect, bringing the total number of discoveries on the block to 18 since 2015.