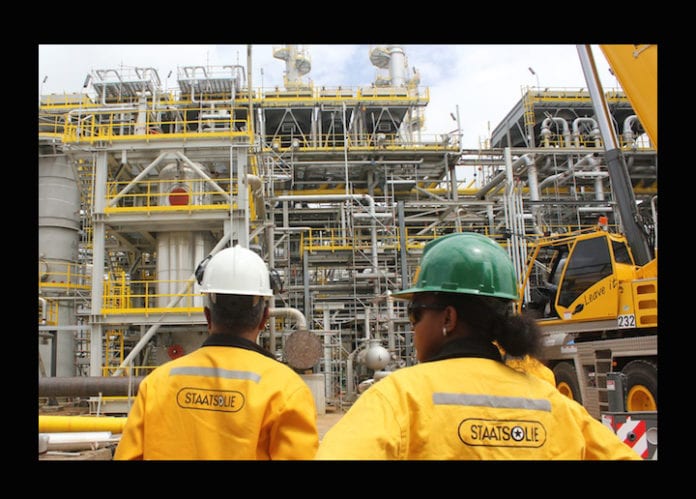 As oil discoveries in Guyana continue to ramp up in what industry analysts have described as a ‘remarkable series of results’ since the world class Liza find in 2015, neighbouring Suriname says it hopes to replicate this soon.

The country’s state-owned oil company is planning a bond sale next year to finance offshore oil exploration, its chief executive said on Thursday, as it seeks to capitalize on growing hype over Guyana’s looming oil boom.

According to a Reuters report, the company, Staatsolie Maatschappij Suriname, would also consider listing some of its shares on the New York or London stock exchanges to help raise between $1 billion and $2 billion to develop its offshore drilling program, the executive, Rudolf Elias, told reporters.

Elias said he was optimistic that Staatsolie or one of its partner companies would strike oil soon.

It is expecting the results of a near-shore prospect well in three weeks, and the United States’ Apache Corp is set to start drilling next month.

“Once we have that, and we know where to look for oil in our area, I expect that, like Guyana, we will get one find after another,” Elias said in a press conference. “For Staatsolie, but also for Suriname, there are very exciting times ahead.”

Proceeds from the bond sale would be used to finance Staatsolie’s participation in future oil exploration campaigns, Elias told Reuters after the press conference.

A total of 14 discoveries have been made offshore Guyana to date; 13 from US oil major ExxonMobil in the prolific Stabroek Block and 1 from Tullow Oil – its first so far – at the Orinduik Block.