OilNOWLatest News and Information from the Oil and Gas sector in Guyana
More
FeaturedNewsRegional
Updated: August 6, 2020 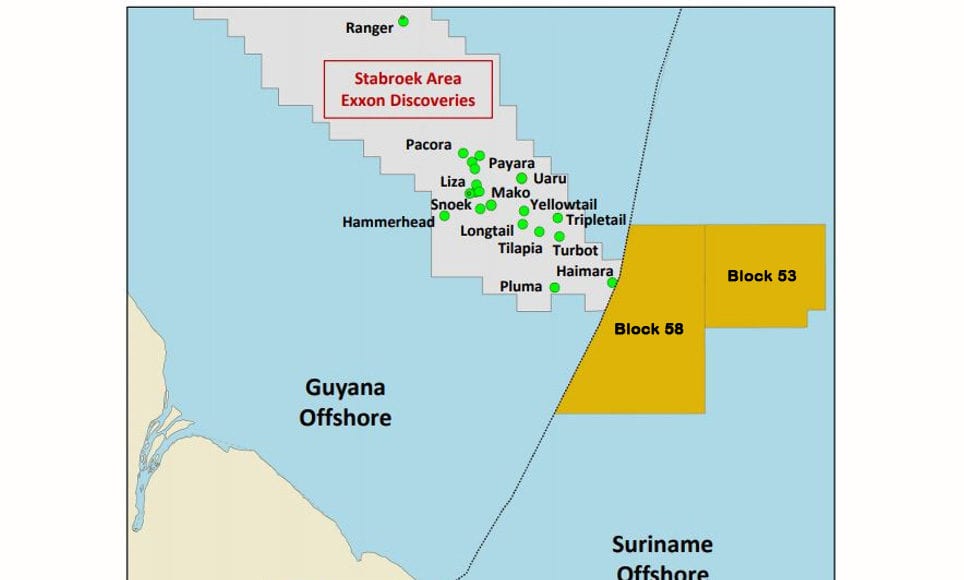 US multinational investment bank and financial services company Morgan Stanley says its modelling of Suriname’s Block 58 shows that it contains a potential 6.5 billion barrels of oil equivalent resources which can be developed across seven phases with first oil targeted for 2026.

Morgan Stanley said this compares to 123 meters of pay for Maka Central-1 (73 oil-bearing) and 70 meters for Sapakara-1 (66 oil-bearing). Samples from the Maka discovery indicated much lighter oil and gas condensate in the Campanian at 40-60 degrees (35-45 degrees in the Santonian), while oil gravity from Sapakara’s Campanian samples were more in-line at 35-40 degrees (40-45 degrees in the Santonian).

“We assume the first phase is a smaller development of 500 MMBoe (450 MMbbls of oil) with floating production storage and offloading (FPSO) unit capacity of 120 Mbbl/d. For each following phase, we assume 1 BBoe (900 MMbbls of oil) of resource with FPSO capacity of 220 Mbbl/d,” Morgan Stanley further stated.

It said the development cadence for Block 58 is informed by US oil major ExxonMobil’s plans in the Stabroek Block offshore Guyana, where it began producing oil last December at the Liza Phase 1 Development which has a peak capacity of 120,000 bpd. Exxon expects to ramp up production to over 750,000 bpd by 2026 across 5 developments at Stabroek Block. The company has so far found more than 8 billion barrels of oil equivalent resources on the block.