OilNOWLatest News and Information from the Oil and Gas sector in Guyana
More
FeaturedNews
Updated: September 13, 2020

Tanager-1 well voted most likely to hit a commercial discovery 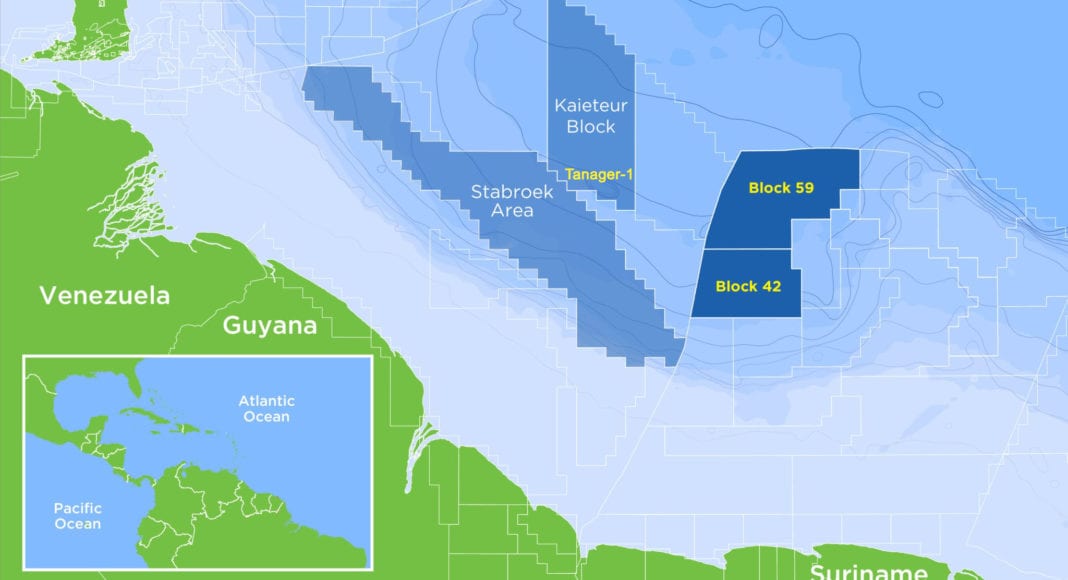 The Tanager-1 well in the Kaieteur Block offshore Guyana has been voted as the prospect that will most likely lead to a commercial discovery in the second half of 2020. This is the results of a poll conducted by Westwood Global Energy Group during a webinar on key wells to watch, held on August 26.

The event featured presenters Jamie Collard, Dr. Helen Doran, Graeme Bagley and Ili Afifuddin who reviewed global exploration activity and performance in the first half of the year and gave their thoughts on key high impact wells to watch in the second half.

Tanager, Hassa, Redtail, Bulletwood and Sloanea were all featured in the survey which looked at wells being drilled globally in 2020. Redtail in the Stabroek Block was eventually announced by ExxonMobil as a commercial discovery last week.

“If we start with Suriname and Guyana…Westwood has highlighted two wells – Sloanea and Tanager as key wells to watch. They are both targeting the upper cretaceous. Tanager is targeting an upper floor fan outward of the Liza discovery and Sloanea will be trying to extend the Liza play further up,” said Jamie Collard, Senior Analyst at Westwood Global Energy Group.

The Tanager-1 well has a target total depth of 8,000 metres making it the deepest well ever drilled by ExxonMobil offshore Guyana. The previous deepest well was Ranger-1 at 6,450 meters.

“We have selected two wells in the Suriname Guyana Basin simply because they are very, very different. Tanager will target deep water sediment on the west of the Liza discovery on the basin floor,” said Senior Associate, Dr. Helen Doran. “In contrast, Sloanea will test the play in Suriname way back up on the slopes…”

Dr. Doran added that the Tanager prospect has been de-risked in that portion of the Guyana-Suriname basin by the nearby Ranger discovery in the Stabroek Block. “We have got some confidence on both the presence and the maturity of the source at that location,” Dr. Doran said. “Really the key risks for tanager include the volume and quality or reservoir in this location.”

The Stena Carron drillship arrived at the Tanager-1 well site in August for drilling activities at the new prospect which will take place over a period of 90 days.