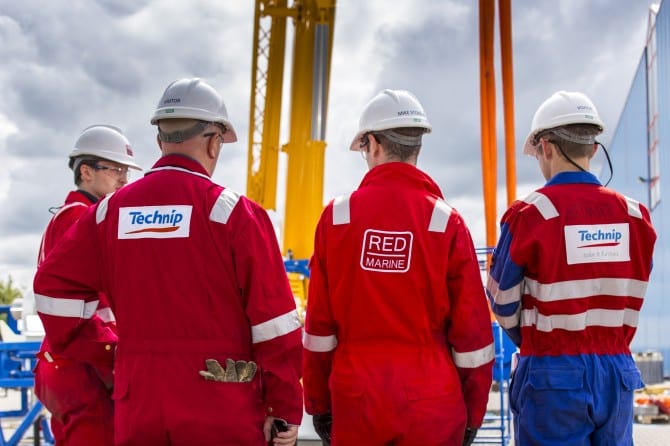 (Reuters) – TechnipFMC’s shares slid on Tuesday, a day after the oil services company said it had overstated its first-quarter net income by $209.5 million.

TechnipFMC said late on Monday that the overstatement stemmed from accounting errors related to its auditing of foreign exchange movements, after examining the matter with its management and PricewaterhouseCoopers.

TechnipFMC shares were down by around 4 percent in New York and in Paris, where the company has a secondary stock market listing, while Saipem shares were down 1.5 percent.
Oil service companies have been struggling to fill order books as oil majors defer projects and cut billions of dollars in costs to offset low crude prices.

“We are steering clear of these stocks for now, due to the tough market conditions facing them,” said Keren Finance fund manager Benoit de Broissia.
Morgan Stanley analysts added in a note on TechnipFMC that “this latest communication failure will further reduce confidence in company management and in the investment case,” although they kept their “overweight” rating on the stock.

TechnipFMC was formed in 2016 from a merger between French company Technip and its U.S peer FMC Technologies. The French government retains a stake of around 5 percent in the group via state agency Bpifrance.

Technip Energies will be the future name of SpinCo – TechnipFMC