OilNOWLatest News and Information from the Oil and Gas sector in Guyana
More
ExplorationFeaturedNews
Updated: November 28, 2022 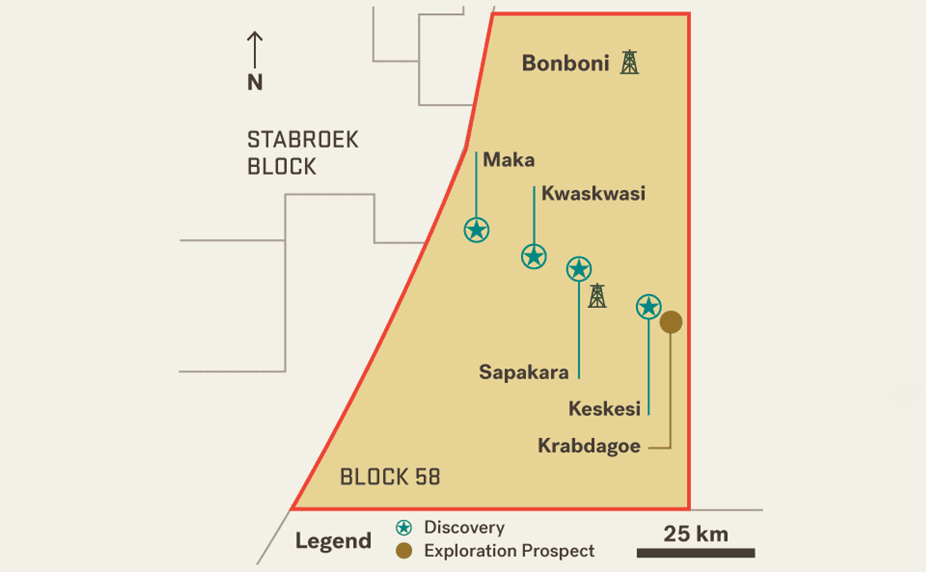 APA Corporation, a 50% stakeholder in the offshore Block 58, provided updates on operations, Monday.

The most recent exploration well drilled by operator, TotalEnergies, is non-commercial. Titled Awari, the well is situated in the previously untested northwest portion of Block 58.

The Block disappointed last year as well when the partners announced that appraisal drilling at Keskesi found no commercial oil.

The government of Suriname is waiting for TotalEnergies to decide on a development in the Block, where five discoveries have been made. A decision is expected in 2023.