OilNOWLatest News and Information from the Oil and Gas sector in Guyana
More
FeaturedNewsRegional
Updated: November 20, 2018 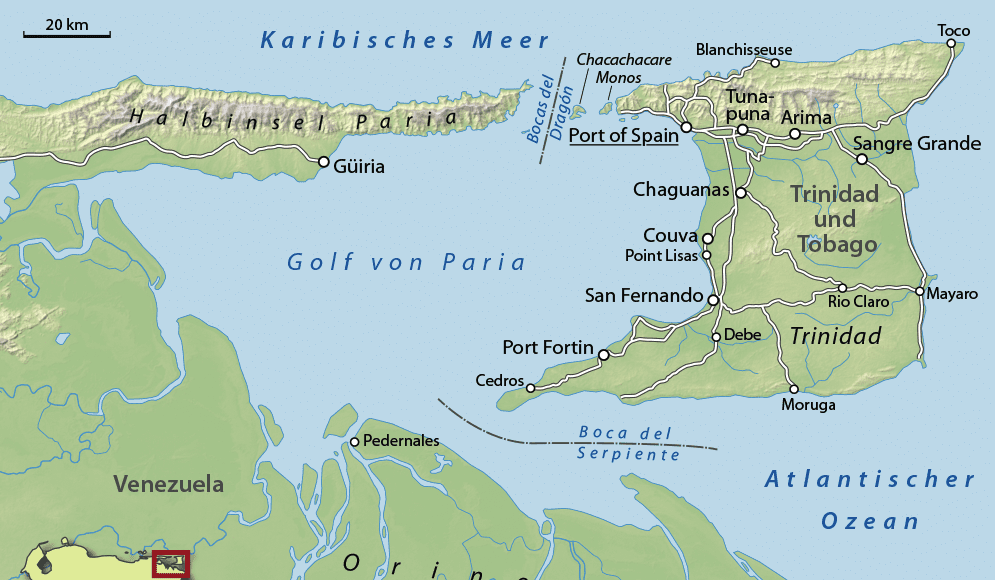 Venezuela, Trinidad and Tobago and oil majors Chevron and Shell appear to be making progress on two separate projects that would develop and supply offshore natural gas, Argus said in a report on Monday.

Venezuelan gas supply is critical for Trinidad, where LNG, ammonia and methanol plants are subject to routine gas supply curtailments that have persisted despite a small rebound in domestic gas production over the past year. Undeterred by Venezuela’s severe economic crisis, political tensions and US financial sanctions in place since August 2017, Trinidad is pressing to wrap up the final details of the two gas supply contracts.

Venezuela is eager to export its gas to generate desperately needed hard currency, and to challenge a perception that it is increasingly isolated politically and economically.

The less complicated of the two projects is 10 Tcf Loran-Manatee, a shallow-water field that straddles the maritime border. Visiting Port of Spain last week, Venezuela’s oil minister and state-owned oil company PdV chief executive Manuel Quevedo said a deal to tap the field is “close”. Similarly, Trinidad’s energy ministry said an agreement is “within reach” and first gas should be delivered at the end of 2019.

Chevron, which has said it will operate the cross-border field as a single unit, presented a development plan to the two governments in November 2016. The company has not responded to a request for a comment. Shell, which has a stake on the Trinidadian side of the field, declined to comment. But Argushas learned that the two companies are discussing a unit operating agreement.

For Chevron, the participation of Shell, a non-US company, may be critical to keeping an arm’s length from the Venezuelan government and PdV, both subject to US financial sanctions since August 2017. Even Shell has had to rejigger personnel assigned to the project to keep its US staff out of the talks.

A senior government official of Trinidad brushed aside any potential controversy over doing business with Caracas, telling Argus that the project predates Venezuela’s current crisis. And part of the Loran-Manatee gas belongs to Trinidad, which has a right to develop it.

Loran-Manatee covers block 6 on Trinidad’s side and block 2 on Venezuela’s side. The two governments reached a draft agreement in 2013 that allocated 73.75pc of the reserves to Venezuela and 26.25pc to Trinidad.

For Trinidad, the gas will replenish supply to the country’s underutilized gas-based export industries, including the 14.8mn t/yr Atlantic liquefaction plant, led by Shell and BP, and ammonia and methanol plants. The industries have seen gas supply restrictions for around five years. Under the new agreement, Trinidad would either purchase Venezuela’s share of the Loran-Manatee gas, or export it on PdV’s behalf for a fee. The gas would be piped to Trinidad’s East Coast Marine Area (ECMA), where Shell has a platform.

A deal on Loran-Manatee should facilitate development of smaller cross-border fields, 310 Bcf Kapok-Dorado and 740 Bcf Manakin-Coquina.

A separate set of contracts to bring Venezuelan gas from the offshore Dragon field to Trinidad may take longer to materialize, even though the commercial logic is equally compelling for both sides. The governments signed a term sheet in late August 2018 for Trinidad to purchase 150mn cf/d of gas from Dragon starting in 2019-20. Volumes are eventually slated to double to 300mn cf/d, and the gas will be delivered by pipeline to Shell´s Hibiscus platform in Trinidad and tied into the national distribution network managed by Trinidad´s state-owned NGC.

“Most of the work on this project is already in place,” Quevedo said last week.

This project may be more challenging to develop because it will require a separate agreement between PdV and Shell to develop Dragon, which is part of Venezuela’s 14.7 Tcf Mariscal Sucre complex.

PdV officials tell Argus that Venezuela would effectively sell the gas to Shell, which would process it and sell it to Trinidad. The European major would also build the flowline to Trinidad and purchase the gas on Trinidad’s side through NGC.

Venezuela’s gas legislation allows PdV to hold up to 35pc in gas joint ventures, but as the Repsol-Eni Cardon 4 project governing the Perla field shows, PdV cannot afford the holding. Cardon 4 is the only 100pc private-sector hydrocarbons joint venture in Venezuela. (Argus)