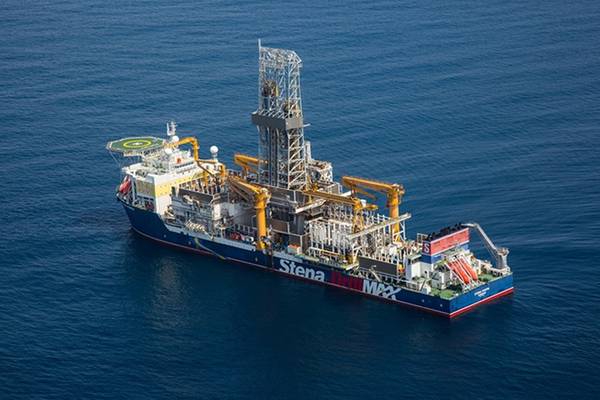 (Petroleum Economist) The final drilling target of the year for Anglo-Irish independent Tullow has become more pivotal following the company’s revelation that crude from its offshore Guyana discoveries is heavier and more sulphurous than expected.

Tullow’s share price had been elevated in recent months. Hopes were high that the company’s twin offshore Guyana discoveries might replicate the crude quality of ExxonMobil’s neighbouring Stabroek block. But laboratory analysis of crude taken from the Jethro and Joe discoveries, in the Orinduik block, revealed crude of around 10-15° API gravity and c.5pc sulphur—in contrast to the lighter 32.1° API gravity and 0.5pc sulphur content of ExxonMobil’s Liza discovery—risking the commerciality of both prospects.

The disclosure of the crude quality swiftly sank Tullow’s share price. On 13 November, the value slumped by 27.3pc before finally settling at 149.6p, the largest drop in the firm’s history. Canadian independent Eco Atlantic, a partner in the Orinduik block with a 15pc stake, also suffered a sizeable loss as its share price tumbled by 48pc.

The final Guyanese drilling target of the year is now more crucial than ever for the company’s exploration campaign and the near-term recovery of the share price. The Carapa well currently being drilled is the first in the Kanuku block, split between operator Repsol of Spain (37.5pc) and partners Total (25pc) and Tullow (37.5pc), and the first to test the Cretaceous play—both Jethro and Joe were found in the Tertiary.

Tullow says around 50pc of prospective resources across both the Kanuku and Orinduik blocks are located within the Cretaceous, indicating that the well is likely the most important of the year. A report from US investment bank JP Morgan highlighted that the oil quality is unlikely to be an issue given the light oil discovered in the Cretaceous at Liza. The rig at Carapa began operations one month behind schedule, but the partners aim to conclude operations before the start of next year.

The offshore Guyana discoveries had been offsetting delays from Tullow’s African portfolio. Production from Ghana was downgraded repeatedly throughout this year as gross production guidance from the TEN field fell by 25pc and the Jubilee field by 7pc. Tullow was forced to reduce its total full-year production forecast from 89,000-93,000bl/d to c.87,000bl/d.

Project schedules in Uganda and Kenya also slipped, with the likelihood of both now reaching final investment decision (FID) in 2020. A tax disagreement with the Uganda government on the Lake Albert project caused Tullow’s farm-down agreement with partners Total and China’s Cnooc to be terminated following the expiry of sale and purchase agreements. Tullow will now look to initiate new sales process to reduce its 33pc stake in the project. Combined, the Ugandan project assets total around 1.7bn bl in estimated resources and are expected to reach gross production of 230,000bl/d oe. Total will operate the Tilenga section of the project on the northern shore of Lake Albert while Cnooc will operate the southern stretch at Kingfisher. Exports will then be pumped by pipeline to the port of Tanga.

In Kenya, Tullow’s project had been earmarked to reach FID in the first half of 2019. But delays to the schedule have been affected by government requests for additional dialogue with local communities. The firm, along with its JV partners, is now advancing negotiations with the government on issues such as water, pipeline finance and land acquisitions and plans to reach FID in the second half of 2020. The project holds 560mn bl oe in estimated resources and is targeting 60,000-80,000bl/d in initial production, which will then be piped to the port town of Lamu.

More positively for Kenya, in August President Uhuru Kenyatta announced the country’s first ever export cargo of oil from the early oil pilot scheme. Around 240,000bl was shipped from the port of Mombasa.

More time granted to Tullow for drill or drop decision on...