OilNOWLatest News and Information from the Oil and Gas sector in Guyana
More
FeaturedNews
Updated: July 19, 2022 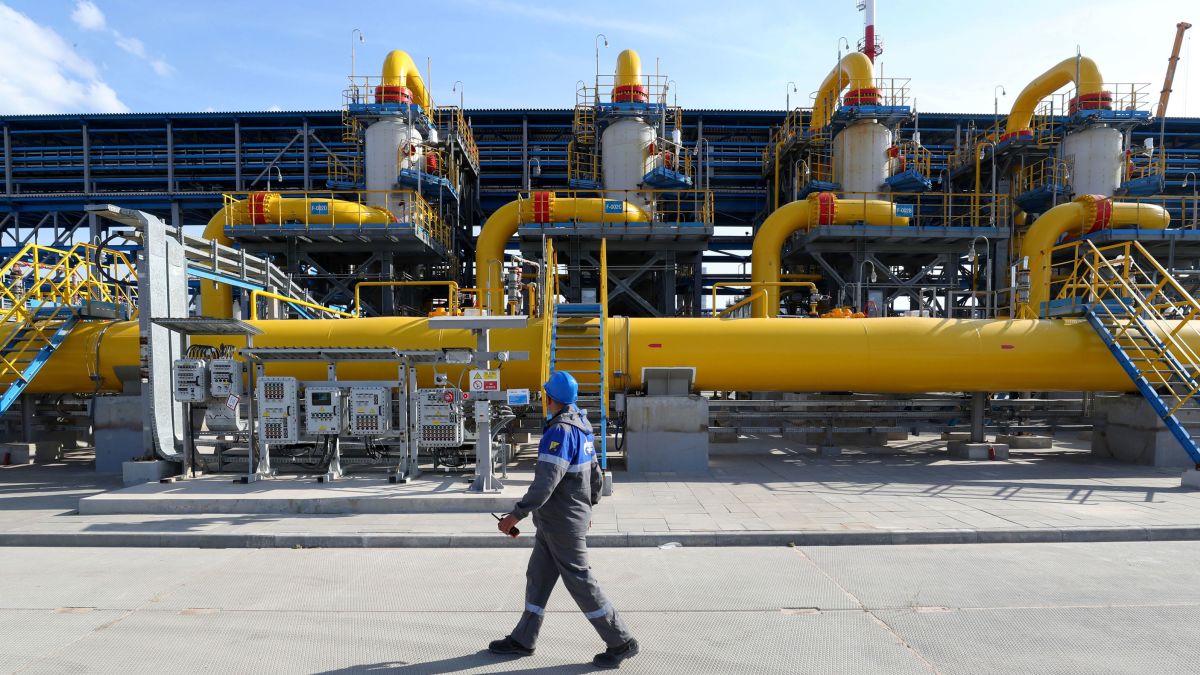 US natural gas production is forecast to hit an all-time high in the coming months, racing past 100 billion cubic feet per day (Bcfd), helping feed global demand as the world faces a severe supply shortage. Rystad Energy’s analysis shows that production growth from the major US gas-producing basins of the Haynesville and Appalachia, in addition to associated gas volumes from the Permian, will solidify the country’s position as the world’s largest gas producer, stretching its lead over Russia, and surpassing the official growth expectations of the EIA.

Within shale gas plays, the Marcellus, Utica and Haynesville are set to contribute the most. Growth in Appalachia, however, is entirely dependent on the progress of the proposed Mountain Valley Pipeline, which still faces significant legal hurdles. Production from the Haynesville alone is expected to grow by a staggering 2.6 Bcfd this year compared to 2021, pushing annual output from the play to more than 14 Bcfd. Total production from the basin is forecast to jump next year too, reaching 17.2 Bcfd by the end of 2023. Elsewhere in the US, gas production from the Woodford basin could also contribute major growth to total output in 2023, with a 1 Bcfd expansion not off the table.

Recent global gas price surges are driving increased investment by US exploration and production companies looking to capitalize on competitive breakeven costs. A well-documented European supply shortage amid efforts to ease reliance on Russian gas is pushing prices on the continent ever higher. Although relatively elevated for the domestic market, US and European price differences are so wide producing and shipping US gas across the Atlantic, even accounting for the pricey liquefaction process, is still economically advantageous.

Gas prices are measured differently in Europe and the US but converting European prices to the US-standard dollars per million British thermal units (MMBtu) allows a direct comparison. The US-Europe price spread has widened steadily since summer 2020, when unusual market fundamentals brought the Henry Hub – the US benchmark – and the Dutch TTF – the European marker – unusually close. Russia’s invasion of Ukraine and the ensuing global energy crisis has accelerated the disparity. As of July 15, the Henry Hub was $7 per MMBtu, whereas the TTF stood at a staggering $47 per MMBtu, almost seven times the US price. However, LNG capacity constraints will limit how much gas the US can ship internationally.

“Already the top gas producer in the world, the US stands ready to boost output further to meet the global demand, but takeaway constraints are a serious risk. However, with new LNG capacity expected to be added after 2024, the US is set to grow its role in global gas markets for some time to come,” says Kristine Vassbotn, Rystad Energy senior analyst.

Between 2010 and 2012, the Haynesville held the title of the largest play in the US by production, peaking at about 7 Bcfd before declining to less than 4 Bcfd in 2016. Haynesville production declined from 2012 to 2017 as operators shifted their focus to more economic positions. But the play has recently experienced a renaissance as a core group of producers improved cost efficiencies, growing production in 2021 by 1.6 Bcfd over the year before.

Output from the Appalachian giant Marcellus tied with the Haynesville in 2012, but as Haynesville declined, the Marcellus kept growing – leaving the others far behind. The play saw a steady increase until 2020 when output started flattening due to ongoing takeaway capacity constraints. Despite the limited room to grow, the play remains the king of North American gas supply – at least for now. To compare, back in 2020, Marcellus produced 13.8 Bcfd more than the Haynesville, while this spread is expected to decrease to 8.6 Bcfd in 2023.

Utica, which lies beneath the Marcellus in Appalachia, was later to the party but experienced a steep ramp-up from 2014 to 2019, increasing output from 1.2 Bcfd to 7.5 Bcfd. After 2019, production in the play has remained flat or decreased slightly, as operators in the region have prioritized the Marcellus over Utica, and all have had to cope with bottlenecks and delays associated with the Appalachian pipeline system.

When you compare these major basins to other players on the global stage, the scale of their contributions comes into focus. If it was a standalone country, the Appalachian basin would be the third largest gas producer globally, with 34 Bcfd, behind only the US – including Appalachia – and Russia. The Haynesville is expected to produce about 18 Bcfd, surpassing the total from major gas player Qatar and closing in on China and Canada in the league table.

Where is the money?

Current high gas prices are driving investments in the major US shale basins as operators increase production and see long-term viability in these core plays. As the most extensive play by output, it is unsurprising that the Marcellus attracted the highest investments from 2010 to 2021, peaking at around $14 billion annually between 2011 to 2014. After a dip in 2016, investments in the play recovered only to about 70% of the peak before falling again in 2020 due to low gas prices and the Covid-19 pandemic. Since 2020, investments in the Marcellus have remained relatively flat due to ongoing takeaway constraints and the maintenance mode initiated by the public-heavy group of operators in the region. Spending in the Haynesville was close to $9 billion in 2010 and 2011 as early operators poured cash into drilling and fracking the play’s deep, high-pressure wells before plunging to $1.4 billion in 2016.

Looking ahead, it appears these basins have a lot more gas to give, too. The Marcellus has the largest undrilled leased acreage of the three at 6.7 million acres. As policymakers seek ways to boost domestic output, the Marcellus has plenty of remaining commercial acreage and inventory to unlock, should takeaway constraints eventually ease in the Northeast. On the opposite end of the scale, the Haynesville has the least undrilled acreage at 1.8 million acres. In terms of remaining gas reserves, the Marcellus has by far the most resources of the four, with close to 380 trillion cubic feet (cf) of natural gas. The Haynesville follows, with 202 trillion cf.