OilNOWLatest News and Information from the Oil and Gas sector in Guyana
More
ExplorationFeaturedNewsProduction
Updated: January 15, 2022

US Gulf of Mexico to hit new production record this year 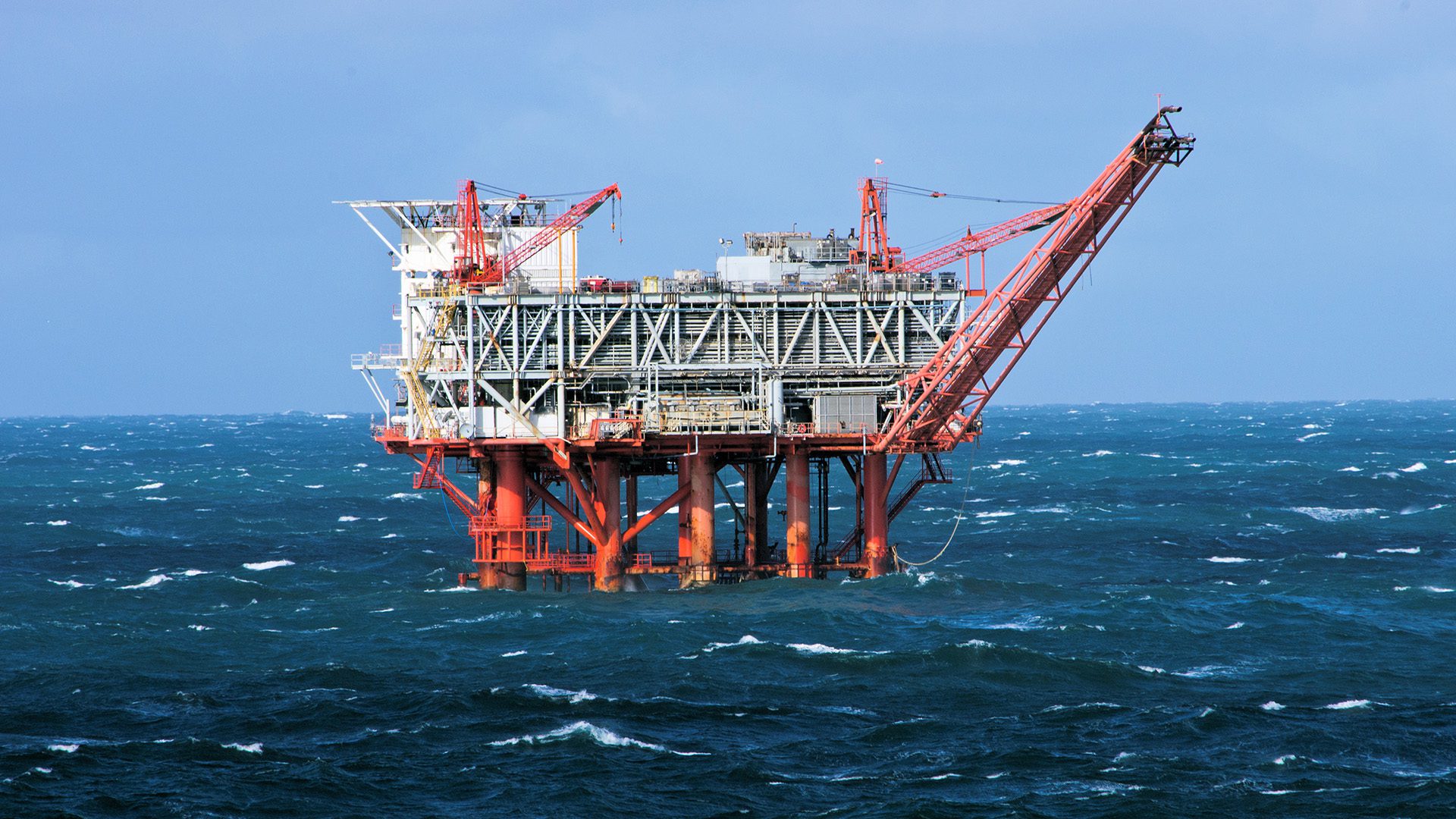 Platforms coming on stream will take US deepwater output to a record high in 2022. But new entrants have been wary of moving into the region.

When British cartographers mapped what was to become the Gulf of Mexico coast of the US, back in the 1760s, the governor of West Florida George Johnstone concluded that the importance of the region “exceeds the most sanguine expectations.” The US oil and gas industry would echo the same sentiments today.

Production from the deep water of the US Gulf of Mexico is set to hit a new record high this year, with three significant new platforms coming on stream. Wood Mackenzie’s Lens database projects output in 2022 will average about 2.3 million barrels of oil equivalent per day, up from about 1.3 million boe/d in 2012. Operators have cut costs significantly to make projects viable at much lower oil prices, typically around $40 a barrel. With Brent crude this week close to $85, those new projects look likely to generate healthy returns.

But although its costs and the low carbon intensity of its production make the Gulf of Mexico a highly competitive basin internationally, the expected long-term transition away from fossil fuels may be having an effect on activity. Companies that are active in the region are generally doing very well out of it, but there has not been a rush of new entrants seeking to exploit those opportunities.

The three new platforms that are scheduled to start production in the Gulf this year are BP’s Argos, Shell’s Vito, and King’s Quay, which will be operating at Murphy Oil’s Khaleesi-Mormont and Samurai fields. All three projects were approved before the pandemic hit. BP made the final investment decision for Mad Dog phase 2, including the Argos platform, in 2016. Vito was given the green light by Shell in 2018, and King’s Quay by Murphy in 2019.

After the oil price crash of 2014, operators made great efforts to cut project costs. The cost for the first version of Mad Dog Phase 2 was estimated at $22 billion when BP abandoned it in 2013. The new version approved in 2016 was reported to cost $9 billion. Shell said it had cut the cost of the Vito project by more than 70% from its original concept.

Smaller platforms with more standardised designs have been a key part of those cost reductions. King’s Quay is very similar to the Delta House platform, which Murphy already operates in the Gulf of Mexico. Shell’s Whale platform, which was given FID last year, is close to Vito in design.

The fall in costs has been a global phenomenon. Average unit development costs fell steadily from 2015 and remained subdued despite a modest rebound last year. The result is that even though global upstream capital spending, projected to be about $400 billion this year, will be only about half its level in 2013-14, it is still on track to produce enough to meet forecast future global demand for oil and gas in Wood Mackenzie’s base case.

But as Fraser McKay, Wood Mackenzie’s vice-president of upstream research, puts it, the oil and gas industry is facing a time of “peak uncertainty”. Countries that create about 88% of the world’s greenhouse gas emissions have signed up for goals to cut those emissions to zero, mostly by 2050 or 2060, to meet the goals of the Paris climate agreement. Uncertainty over how far and how fast governments will be able to move to meet those goals is creating unprecedented uncertainty in the outlook for demand.

In this environment, flexible production such as US onshore tight oil, which can be dialed up and down relatively easily, seems particularly attractive. That is one reason why, despite its many advantages, the Gulf of Mexico has not attracted new entrants.

One of the most pressing concerns for supporters of action to cut greenhouse gas emissions in the US is the difficulty of securing approvals for construction of new low-carbon infrastructure. Often, traditional environmental groups are lined up on the side of those trying to block projects such as new transmission lines and zero-carbon generation. The latest example comes from the Burning Man Project, the organisation that runs the annual Burning Man festival in the Nevada desert.

The Burning Man Project has published a 2030 environmental sustainability roadmap, which set a goal of becoming “carbon negative” and suggested using geothermal energy might be a way to help achieve that. But when Ormat Technologies proposed a geothermal exploration project in Gerlach, Nevada, a small town near the festival site, the Burning Man Project said the plan was “causing tremendous concern”.

The Burning Man website highlights a list of concerns about geothermal power, including “light, air, and noise pollution” and potential water contamination. It adds that the “quaint little town” of Gerlach is “truly one of the last outposts of small-town community living,” and argues that an industrial geothermal facility would change its character forever. The festival organisers are calling for a full Environmental Impact Statement from the US Bureau of Land Management, and have been encouraging their supporters to submit comments to the public consultation.

A federal judge last week issued an order stopping construction work for 90 days at another Ormat geothermal project in Nevada. Opponents have argued that the development would destroy a sacred tribal site and could wipe out the rare Dixie Valley toad.

The US Department of Energy has launched a programme intended to encourage the development of new and upgraded high-capacity power transmission lines. The Building a Better Grid Initiative will include improved transmission planning to identify areas where new capacity is most needed; financial support to reduce project development risk; co-ordination between authorities to make the permitting process more efficient; and transmission-related R&D. The initiative implements provisions in the Infrastructure Investment and Jobs Act, passed last year, which are intended to encourage investment in expanding and strengthening US power grids. President Joe Biden’s goals for cutting emissions from the US electricity sector require substantial investment in new transmission capacity, to connect wind and solar generation to demand centres.

To implement the grid programme and other energy initiatives in the infrastructure law, the US energy department is hiring, announcing its biggest increase in staff numbers for more than four decades. The department has launched what it calls the Clean Energy Corps to accelerate the deployment of low carbon technologies and is aiming to recruit more than 1,000 people for roles including finance, engineering, project management and communications. Jennifer Granholm, energy secretary, said: “Your country needs you. Your planet needs you. So join the Clean Energy Corps, and let’s work together to build a better America.”

US government efforts to support carbon capture and storage projects have a mixed record of success, according to a recent report from the Government Accountability Office. The Department of Energy has provided nearly $684 million to eight coal CCS projects, resulting in just one operational plant. It had a better record at industrial facilities, providing $438 million to three projects, two of which were built and came into operation. The GAO suggested that Congress should find a way to keep closer watch on spending on CCS demonstration projects.

The US Nuclear Regulatory Commission has rejected the application from startup Oklo Power for a licence for a new compact fast reactor in Idaho, citing the company’s “failure to provide information on several key topics for the Aurora design”. The commission said Oklo would be allowed to try again, submitting another application that filled in the gaps in its reports. Oklo said in a statement it was still moving ahead with its plan, adding: “With your support, this will generate positive change. This is a distraction, but it may ultimately enable us to move ahead even faster.”

The Dutch environmental campaign group Milieudefensie / Friends of the Earth Netherlands, which won a landmark case against Shell in the Hague last year, is targeting 30 large international companies, putting pressure on them to cut emissions rapidly. The companies, including BP, ExxonMobil, Dow and LyondellBasell, all have a presence in the Netherlands. The group wrote on Thursday to the companies’ chief executives, calling on them to make plans to cut their Scope 1, 2 and 3 greenhouse gas emissions by 45% from 2019 levels by 2030. It added: “We will acknowledge and, if required, support frontrunners. Stragglers can count on our unrelenting pressure.”

And finally: closing the Gates of Hell. The Darvaza gas crater in Turkmenistan is one of the world’s more spectacular sights: an incandescent hole about 200 feet across, full of gas fires that have been burning for decades. Its exact origins are lost to history, cloaked in a veil of Soviet-era secrecy. But the most popular theory is that a team who were looking for oil hit a gas pocket and opened up a sinkhole, then ignited the gas expecting it to burn off quickly. 50 years late, it is still burning.

Last weekend Gurbanguly Berdymukhamedov, Turkemistan’s president, said he wanted the fires finally to be put out. He appeared on state television to issue the order, saying the burning crater “negatively affects both the environment and the health of the people living nearby,” DW reported. He added, in a familiar complaint about the cost of flaring: “We are losing valuable natural resources for which we could get significant profits and use them for improving the well-being of our people.” Sky-high gas prices in Europe and Asia have certainly raised the value of the resources that are being wasted at the Gates of Hell every day.