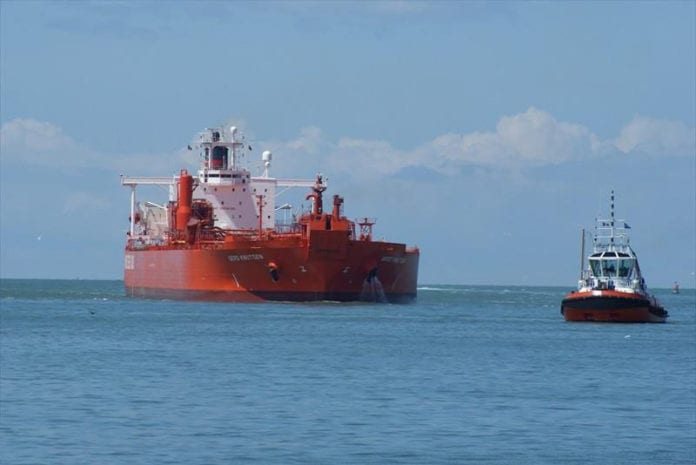 (Bloomberg) A crude tanker stuck at sea for over a year has become the latest front in the battle over Venezuela’s oil riches after being seized last week.

Citgo Petroleum Corp., led by appointees of Venezuelan opposition leader Juan Guaido, was weighing filing an insurance claim last week for theft after a tanker holding almost 1 million barrels of oil was seized by Venezuela, according to a person familiar with the matter.

The contested oil, purchased by Citgo and loaded on the tanker Gerd Knutsen, floated offshore Venezuela for more than a year. In December, a shadow board of Citgo directors chosen by President Nicolas Maduro attempted to seize the cargo but was blocked by a U.S. court. The roughly 960,000 barrels of Venezuelan crude that was once bound for a Citgo refinery in the U.S. is instead discharging this week in the Port of Jose at a terminal run by Petroleos de Venezuela SA , the national oil company controlled by Maduro, according to people familiar with the matter and ship-tracking data compiled by Bloomberg.

The oil tanker and its cargo worth about $50 million is caught up in Venezuela’s power struggle, which heated up after Guaido’s first official visit to the White House to meet President Donald Trump earlier this month. After the meeting, Maduro’s regime moved to imprison six former Citgo executives who’d been living under house arrest. The tanker was stuck in limbo after the U.S. imposed tougher sanctions on PDVSA in late January 2019 to curtail Maduro’s income from oil sales.

The cargo that was discharged consisted mostly of diluted crude oil, as well as 30,000 barrels of Pedernales crude, the person said.