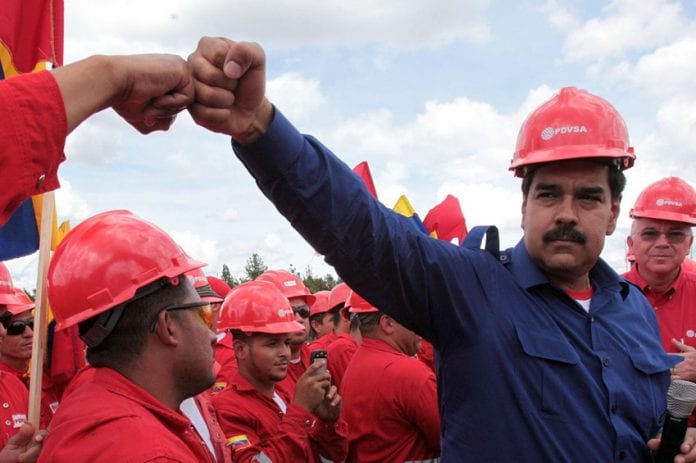 (Oil Price) If the U.S. expands sanctions on Venezuela to include the oil industry and restricts U.S. exports of oil products that are crucial for diluting Venezuela’s extra-heavy oil, oil production in the country sitting on the world’s largest oil reserves would further collapse.

According to data by the EIA compiled by Bloomberg, Venezuela’s imports of heavy naphtha from the U.S.—all of which comes from Gulf Coast refineries—are some 2 million barrels per month.

Oil production in the Orinoco oil belt, responsible for half of Venezuela’s crude oil production of currently around 1.6 million bpd, depends on the imports of this heavy naphtha from the U.S., which is blended with the thick tar-like extra-heavy oil to allow it to flow through pipelines from Orinoco to Venezuela’s coasts for loading onto tankers.

Earlier this month, U.S. Secretary of State Rex Tillerson said that the U.S. was considering extending sanctions against Venezuela to include imports of Venezuelan crude and exports of U.S. refined products to the troubled South American country. Currently, sanctions target separate individuals from the Nicolas Maduro government as well as a ban on U.S. banks and other institutions buying Venezuelan debt.

According to analysts, while a U.S. ban on Venezuelan oil imports could hurt U.S. refiners, restrictions on U.S. oil product exports to Venezuela could push Venezuela’s oil production off the cliff.

“The impact of a naphtha shortage ultimately comes down to the operational integrity of the heavy oil upgraders in Venezuela,” Pablo Medina, vice president at Welligence Energy Analytics, told Bloomberg. “If the upgraders were to encounter operational issues or come offline, naphtha demand would increase significantly for heavy oil blending purposes,” Medina noted.

Maduro has been defiant commenting on possible oil sanctions against Venezuela, saying that “If the US puts an oil embargo on us, we will take our boat and go somewhere else.”

But in case of restrictions on U.S. exports to Venezuela, the Latin American country would have to either pay more for naphtha from other sources or see its oil production fall more steeply than predicted.